How Steve Jobs Transformed the Home 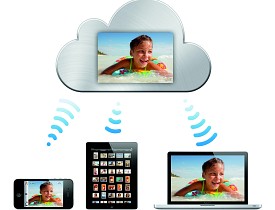 With the passing of Apple CEO Steve Jobs last week, many have written about his immeasurable impact on technology and industrial design. And while Jobs revolutionized personal computers, his technological innovations also transformed the domestic sphere and the way we live our lives at home. Here are the top five ways Jobs changed home life in America.

1. We take computers for granted now, but they weren’t really consumer products before the Apple Macintosh debuted in 1984. They were technical devices, tools of business or the playthings of hackers. But the first Mac dispensed with complicated command line programming, giving casual users a mouse and a graphical user interface. Simply look and click. This user-friendly revolution began a shift whereby the computer would become nearly as ubiquitous as a telephone or refrigerator, and for many, would become the single most important appliance in the home. Today, more than a third of people check email or send out a tweet before they even get out of bed in the morning, an incredible change from the way we lived our lives just a quarter of a century ago.

2. Computers in the 1990s were certainly not designed for beauty or simplicity. Monitor, speakers, keyboard and peripherals, a ‘90s computer was a Medusa’s head of tangled cables slithering across the desk and floor.

In one of his first moves upon his return to Apple in 1997, Jobs introduced the iMac G3, a sleek alternative to the beige, boxy desktops of old. Apple’s relevance had faded in the 1990s, but these candy-colored dream machines helped make the company relevant and exciting again. The computer was no longer something to be stuffed on a desk in a dark corner of the basement. It was a piece of art to be proudly displayed. It’s now nearly impossible to escape the Apple esthetic, as technology companies rush to recreate the streamlined minimalism of Apple’s designs. But Jobs did it first. He insisted that the things we use should also be beautiful.

3. For many music lovers, stereos and record collections used to fill entire rooms in the home. But the introduction of iTunes and the iPod in 2001 began the slow death of  physical media, eliminating the need for endless shelves of carefully alphabetized CDs.

While Sony’s Walkman untethered us from the stereo in the 1980s, the iPod rendered the stereo obsolete. A mainstay of the modern home since the era of radio, the stereo, along with entire libraries’ worth of music, were collapsed into a single handheld unit. And devices like Apple’s AirPlay further liberated our collections, allowing music to wirelessly follow us throughout the home. Now we can go from making cookies in the kitchen to doing laundry in the basement, all without missing a beat.

4. Portable media devices like iPads and iPhones have eroded the importance of the living room, long the focal point of the American household. Kitchen tables, backyards, bedrooms, now every room in the house can offer the same comforts as a couch in front of a TV. While content providers like Hulu and Netflix have innovated the way we access entertainment, it was Apple’s hardware that made such changes possible. In the U.S. an estimated 2 million people have ditched cable in favor of watching TV online, a number that continues to grow. In a few more years, we won’t even remember what a TV is anymore.

5. Few people have advanced the idea of the smart home as Jobs did. While other companies were building expensive panel control systems or dishwashers that tweet, Jobs understood that the home of the future would be more about connectivity than hardware. By tapping into the smart phone — a device most people carry anyway — and opening it up to app makers, we can simply and easily perform a variety of household tasks from just about anywhere. One single device began replacing the many we previously needed. So whether you want to adjust the thermostat, live stream security camera footage, respond to a break-in, or pause a movie, there’s an app for that.

Concrete Repair That Was Literally The Answer To My Prayers