Don't drag your feet like I did; if you notice a leak, have somebody come out to look at it right away 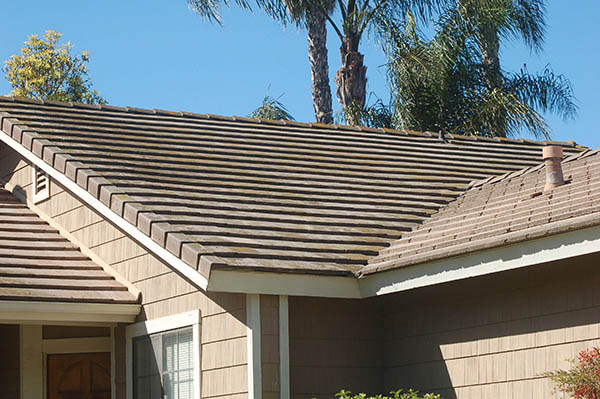 For the last several months, I'd been noticing leaks in my house -- just 1 or 2.

At first there was just a leak in my garage, which when it rained hard, started to drip on my washer. I thought, "Oh, that's not a big deal. It should be taken care of sooner or later" and I just didn't bother with it. Then several months ago I noticed a leak appearing inside my house. When it rained heavily, I noticed this one spot on the wall in my computer room, where water would start dripping in. That was a problem because I couldn't figure out where the water was coming from.

Finally back in January I got frustrated because after we had a lot of rain, it was dripping hard. So I got my stepladder and poked my head in the attic, searching desperately to see where the water was dripping in. I finally noticed, "Oh, no, it's not dripping; one of the support beams is wet, so the water's obviously dripping in from somewhere and then cascading down the wood." That's when I really realized, "Okay, I need to have this taken care of before it gets worse."

So I went online looking for roofers in my area. I guess I didn't read the thing carefully but it was okay. It turned out, when I hit SUBMIT, it sent a request for a quote out to several roofers.

Frankly, I was dragging my feet. I said to myself, "Let me see if I can get some information." And then after I got off the website, I said, "Did I just submit a quote request?" A couple hours later I got a phone call so I said, "Guess I did." So it anyway kind of kicked me into doing something.

After just a couple of hours, I got a phone call from very nice guy called Joe Berman at West American Roofing saying, "Hey! Would you like us to look at your roof?" I answered, "Of course." So they scheduled an appointment and came out. I showed them where the leaks were coming in the house and they said, "Well, let's go up on the roof, take a look."

I had 3 leaks at that point. A second one had appeared in the garage, and so I showed them the 3 leaks I knew about. They went up on the roof and said, "Okay, we see 3 problems, actually a fourth." After they looked at it, they gave me a verbal quote, then emailed me the paper quote and we scheduled the work for I think the week after. 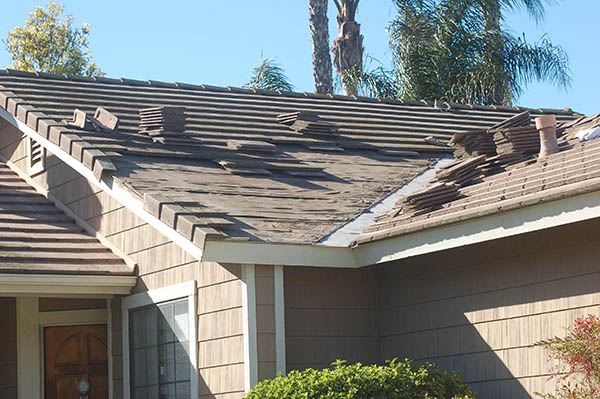 The job took about 4 hours all told. They got here just after noon -- they showed up on time, got to work and then finally finished cleaning up close to 5 o'clock. I stayed in my house so I didn't get hit by falling debris.

They were extremely professional and all the workers were really nice to work with. I really can't compliment them enough. The roof looks great and they cleaned up all the yard and everything and made sure nothing's left behind.

I couldn't see much difference before and after. In fact part of the reason I dragged my feet for so long was that I'd look up at the roof, going, "I don't see a problem. Where is the water coming from?" I was kind of mystified. I hesitated calling someone because I was afraid they'd come out and say, "Well, there's no problem." I was hoping to figure out exactly where the water was coming inside my house so at least I could point to "Aha, it's coming in here!"

I have what's called a cement tile roof and apparently some of the tiles over the years had broken or fallen out of place. Underneath the tiles was tarpaper that had rotted and become damaged. That sort of just led to one thing after the other so the water would come in through this broken tile and trickle here, trickle there, and finally come into the house. Once they identified the broken or misaligned tiles, they took the tiles out and went up, and they kept taking tiles out until they found where the actual leak was. Then once the tiles were off, they fixed the paper and then replaced the tiles. It took a bit of detective work.

I went out and took pictures before, during, and after, figuring, "Let's just do this for fun, just for a record," but I can't tell the difference between the before and after pictures. In the during picture, they had removed an awful lot of tiles which kinda surprised me. I thought, "Oh, just 1 or 2," but no, it seemed like they took off half the roof at one point.

Joe even showed me there were multiple problems in the spot above my computer room where the leak was. He pointed out one problem -- a broken tile -- which led to another problem. Also when my house was originally built, the builders didn't leave enough room in the gutter for the water to flow down, so instead water was going everywhere and that was causing other problems. So they were able to find and attend to all of those.

My advice: Don't drag your feet like I did; have somebody come out look at it right away because the problem is just gonna get worse. If I'd had it looked at last year, it probably would have been a much smaller problem than it was when they fixed it. For example, that initial leak out in the garage, at first it was just a drip drip drip and I figured "Oh darn, I'll have to get that taken care of sooner or later." Then in January when we had some heavy rains, that drip drip turned into a torrent.

I guess it was very comical -- I'm sticking my head up the attic, wondering, "Where the hell's the water coming from?" I kept looking for a drip until finally I realized, "Oh my goodness, the leak, wherever it is, is on top of supports, so it's trickling down the support and filtering into my house" and once I realized that, I thought, "At least I know where the water 's coming in."

When I saw the wet support, though, all I could think of was, "OMG, mold." I've had friends who've had that problem and I thought " Oookayy ... If I don't get this fixed and this continues to be wet, I'm going to have mold and then my problem's going to be 10 times worse than it is right now." So I figured I'd better get off my butt and get this taken care of.

Again it was a total accident because I didn't realize the website I was at was one that actually sent out quotes but it's just as well it did, because it worked out for the best. 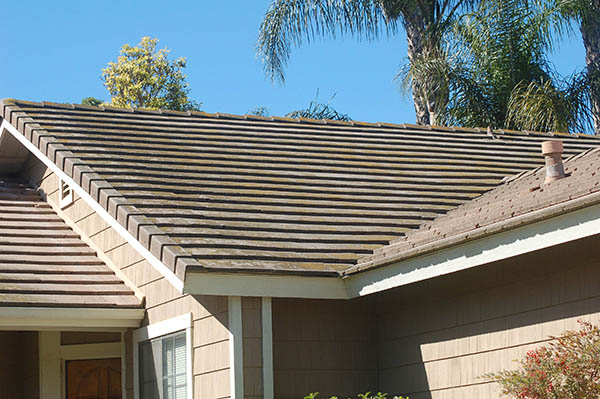 Roof Repair that Keeps the Snow out of our Attic by Jim W.