Roof Repair that Keeps the Snow out of our Attic

The contractor re-secured our ridge vent and replaced shingles, without trying to sell us a new roof 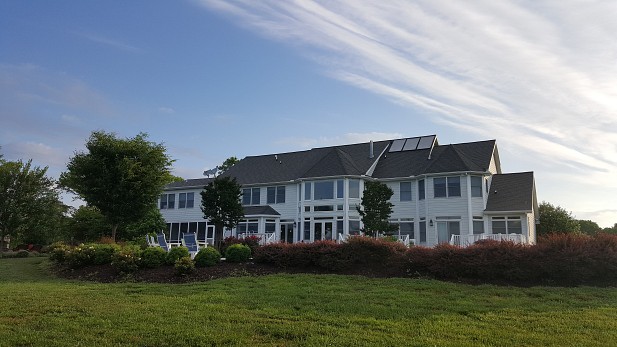 We had experienced a snow event, where snow had gotten into our attic in one spot, a part of the attic that you couldn’t physically walk or even crawl into. It’s a very, very tight space. But you could see this large clump of snow. When it melted, it came right through the ceiling. In the past, we had noticed a spot on the ceiling right around the light fixture. We'd been kind of confused as to what could have happened there, but this gave us the evidence. We already knew we had an issue with one spot on the roof and we had 2 other instances where shingles had blown off the roof during storm events.

We had talked to one roofing company and they said, “We need to cut back the ridge vent” ... but that didn’t make sense. The leak was not occurring toward the end of the roof, but in the middle. We didn’t think what they wanted to do was going to address the real problem so we decided to try the service (Networx) to see what kind of help we could get.

It happened that the company we called had somebody in the area that day. We live on Maryland’s Eastern Shore, where it’s a little hard to get service sometimes. The circumstances just seemed to work out – someone was in the area, he stopped by, he said, “It’s clear just the ridge vent’s loose. I can re-secure that and replace the shingles.” (Because of the steepness of the roof, a couple of the shingles were in very difficult places to reach.) His price for the work was reasonable and he was able to do it on the spot.

All those factors came together to make us say, “Let’s just get it done.” Normally we go through a much elaborate process in terms of hiring a contractor. In this case, there were a lot of other things going on in our lives.

After he went up and looked at the ridge vent, he commented, “I don’t think the ridge vent had been installed properly when the roof was originally put on.” I guess normally they end the ridge vent about a foot or two from the edge of the roof, but this one went all the way to the end of the roof. And I think it was the way the wind and snow were blowing that the snow got under the ridge vent. His explanation sounded very reasonable.

Then he looked at the shingles and said, “Oh, the shingles that were put on here originally were not the best.” We had some leftover that the previous owner left behind, so he was able to go up and just patch the sections that had blown off.

I asked him specifically, “How much longer do you think this roof is going to last?” He replied, “At least 3 to 5 years, maybe longer.” Most shingles you hear are 25- to 30-year shingles, if not more. At the time (the house was built in 2001) the shingle was thought to be a good thing but he said that they’ve learnt since then that it’s not a good product. So we may have to consider doing something sooner than we had thought but, again, he wasn’t trying to sell us on replacing the whole roof. It would have been very easy for him to come out and say, “Oh you need a whole new roof.” But no, he wanted to fix the problem. He wasn’t there to make a big sales pitch on doing something else.

Plus I was at work. Only my wife was home when he came and she didn’t know where the other shingles were. So just as I was telling her, “They’re in the crawl space,” he had looked in the crawl space on his own to see if there was anything there, and found them. Again, he wanted to help solve the problem.

We felt like he gave us honest answers. We thought the price was reasonable for the work that was done; he didn’t try to gouge us. And he did it right then and there. You don’t find that much anymore.

It took him about half an hour, 45 minutes altogether. And that included replacing one shingle on the roof first. After, that he patched in another area where the shingles had blown off, which is kind of a cap area; we didn’t have any cap shingles, but he took existing shingles and cut them to look very much like a cap shingle. Then he fixed the ridge vent as well. So that was very timely. 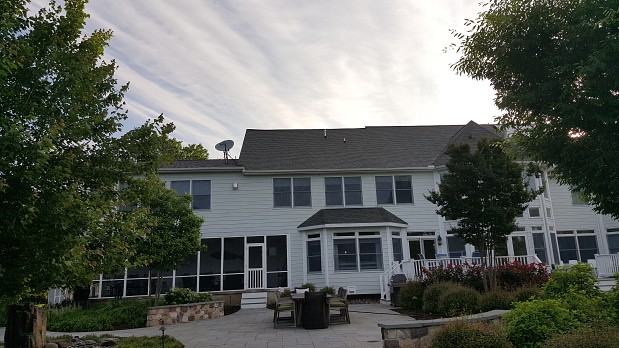 We’re very pleased. He was easy to work with and his price was half the price of what the other person was quoting me to go in and adjust the ridge vents. And that guy was local to Kent Island, where I live. Some people see our property and immediately think that they can jack the price up but we have to be very judicious about contractors we hire. And cost and quality are things I do look at.

My advice to other homeowners: Look for a knowledgeable contractor, one that understands the roofing material and the problems that might potentially be causing leaks. Two, they should offer quality products and do the work themselves. And three, they give you a fair price that they can justify. Some contractors will give you a price to do something and they’ll bundle the labor with the materials.

We also look for companies that do the work themselves, instead of subbing it out, because I think ultimately you can hold them accountable better.

Another thing is just their interaction with the customer.  Believe me – my wife will grill contractors. So are they okay with lots of questions? Are they okay with people questioning why they’re doing things a certain way? Some are, some aren’t. But I think all those things factor into a comfort level for us and usually we get a better product in the end. 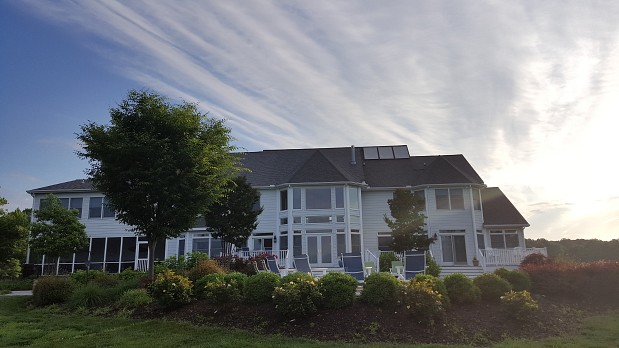 Find Trusted Pros
Contractors in Your Local Area
It's Easy, Fast and Free!
Find Trusted Pros
Kimmel Contracting Jim Wilson: after making my request via networx site I was contacted quickly by ...


Contractors in Your Local Area
It's Easy, Fast and Free!
Find Trusted Pros
Kimmel Contracting Jim Wilson: after making my request via networx site I was contacted quickly by ...

Ceiling Fan Replacement by a Fast, Knowledgeable and Reasonable Electrician by Lorrie L.