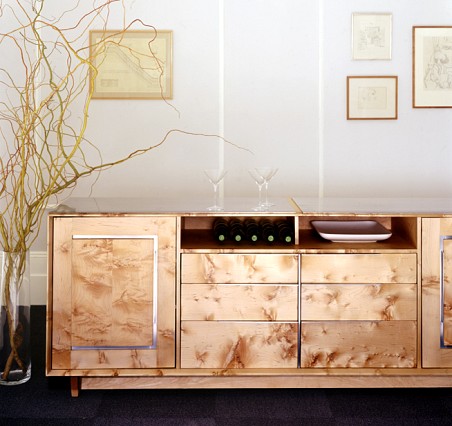 “I love gnarly, earthy wood that shows the idiosyncrasies of nature,” said Jonah Zuckerman, owner and designer at City Joinery in Easthampton, Massachusetts. Zuckerman began making handmade furniture in his late 20’s as an antidote to the boredom of his day job as an architect. Though he wasn't groomed as a carpenter, he grew a flourishing business by creating finely crafted modern furniture.

“I like everything to be matched from one tree. I like to create the look of modernization with the flush of nature,” he said. Zuckerman’s custom-made pieces often have metal such as pewter and brass incorporated as an accent.

Besides being deliciously crafted and eye-catching, the furniture is predominantly made from unusual woods. “I like weird American wood. I look for really interesting wood from as close around here as possible.” Zuckerman’s favorite and signature wood is American sycamore. He also uses myrtle from the northwest and copious amounts of walnut. 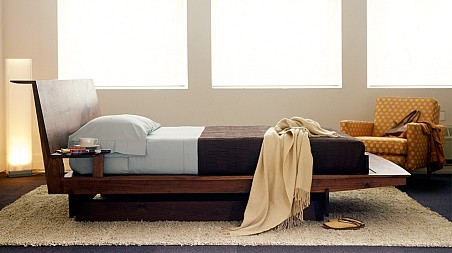 According to Zuckerman, sycamore is an unusual wood to use as it isn’t a tree that is typically harvested unless it is being salvaged. Though it can grow to enormous heights and widths, sycamore has a unique tendency to have its heartwood rot but continue to keep growing. “Until five years ago, I got a lot of sycamore that resulted from clearing done for developments around places like Philadelphia and Baltimore.”

The open plan workshop that is City Joinery is located in the basement of a remodeled mill and is filled with woods and a vast array of hand tools. “We’re relatively low-tech, for better or for worse. I don’t object to it [machines]. I just never saw the value,” he said. “I like working with people more than machines,” he added. Zuckerman said that while his furniture is finely crafted, he doesn’t like to show “the presence of hand.” 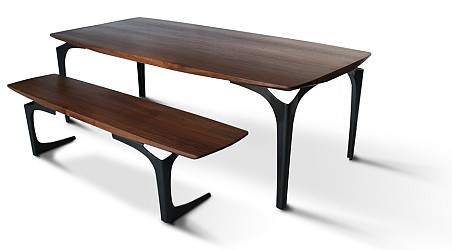 City Joinery now has three employees. Zuckerman said that each worker usually has their own piece of furniture to build from his designs, though occasionally they work together on more complex pieces. Depending on the size and design, it can take one to four weeks to finish one piece of furniture.

In a few short years, Zuckerman has developed a clientele and learned how to price and market his designs. “It wasn’t a piece of cake. There were lean years,” he said. “When I found a guy who wanted a whole office full of furniture, I thought, ‘Wow, this is a business.”

View the City Joinery collection or enquire about custom orders via CityJoinery.com.

Cris Carl writes for Networx. Get home & garden advice like this on Networx.