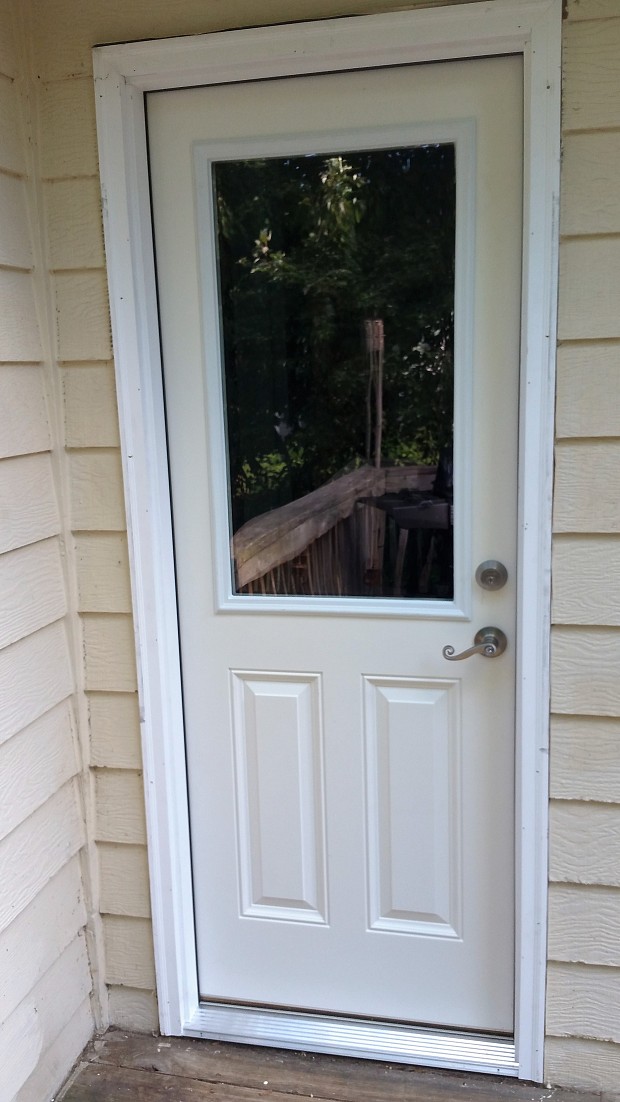 My wife and I had talked about a back door replacement for a while. We had an old wood door and over years, the water that has gone over the top of the gutter right above it had just eaten away at the trim. And then the door had gotten warped so it was hard to shut and in wintertime it was a bear to open. My parents are going to be visiting in July for 4 weeks so we said to each other, “Okay, we need to get some of this bigger stuff out of the way.”

I found a contractor online. When I sent him a picture of what I was looking to do, he got right back with me. I had put out a couple of feelers with a couple of other sites and I hadn’t gotten a response. He was the first one that called me back within less than 30 minutes after he had seen my request online. He gave me a fair price, so I went with him.

The contractor gave me some suggestions for the type of door to buy, such as all glass, no glass, or half glass. I picked the half-glass one so we could still see out on our back deck. I work over by the mill that made the door, so I went down to pick it up and he installed it.

It took him approximately 2 hours to do the job. He had already given me that time frame a day or two before he showed up, because I had asked him, so I could make sure someone was going to be home. And it was 2 hours almost right to the minute. I was like, “Whoa!”

Everything was perfect – his punctuality, professionalism, cleanup afterwards. He said, “What’re you holding that bag and broom for?” I said, “You’ve probably got other work to do.” And he says, “No, no, I’ll clean up.” So I’m like “O-kay!”

I’ve had neighbors over already to see the door, and I’ve given them his card. I’ve got some other work that needs to be done on the front of the house, and I believe he’s going to be the one taking care of it.

In terms of hiring a contractor, I would advise checking their credentials. I was fortunate to get a good one right off the bat but a second opinion might help. Take a look into their background, see how long they’ve been in business, check the reviews and stuff like that. Nowadays it’s a lot easier than it used to be way back when. 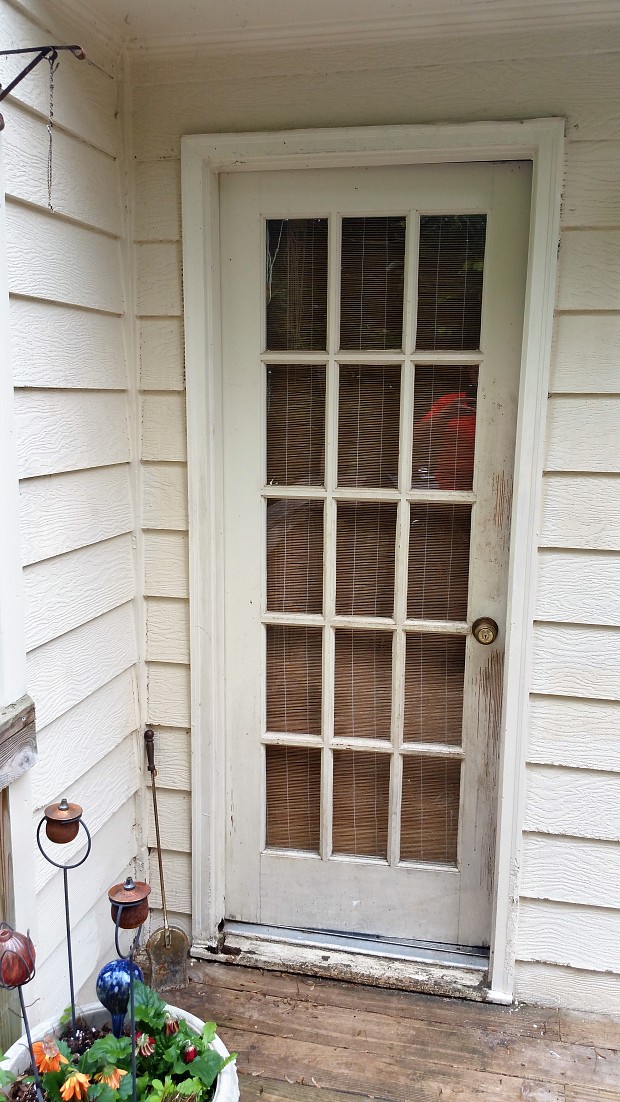 
Contractors in Your Local Area
It's Easy, Fast and Free!
Find Trusted Pros
11
SHARES
Southern Structures Mark Lasky: Roderick did an awesome job! Very punctual and courteous. I would highly ...