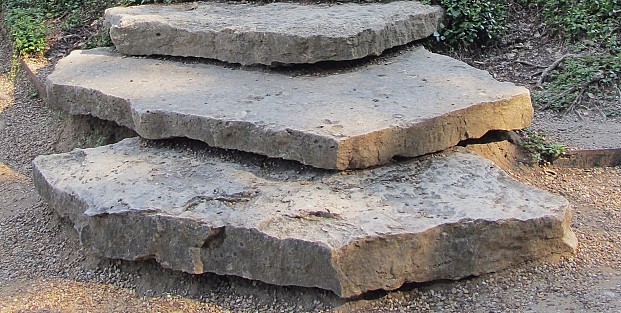 Of course I trusted my contractor. I knew his wife and she was a super nice person.

Besides, I’d done my due diligence – contacted the references he gave me from past jobs, specified exactly what I wanted done, and signed a detailed contract (which I’d first checked out with my lawyer). I thought I had it all covered.

Actually, I'd already received a warning signal -- which I didn't recognize -- when I had asked for contractor recommendations from fellow homeowners on my community e-bulletin board. This fellow replied, recommending himself.

The reason I’d been looking for a contractor in the first place was a mold problem. I lived in an old building with several leaky spots in the walls. Whenever there was a heavy rain, moisture would seep in, ruining the paint.

I decided that while I was at it, I’d ask the contractor to take care of several other projects I’d been thinking of for a while, including:

The contractor assured me that he could take care of all my tasks within 4 weeks. We set up a payment schedule, with a 50 percent deposit upfront to pay for materials. I wanted a timeline for completion of the various items, with a payment at the end of each. He insisted that payment be on specified dates, because, he claimed, there was no way of knowing how long everything would take.

That should have been my second red flag. Though home improvement is prone to unexpected delays, an experienced contractor should have a basic idea of how much time to budget for a simple task.

However, I innocently signed the contract and wrote the first check. 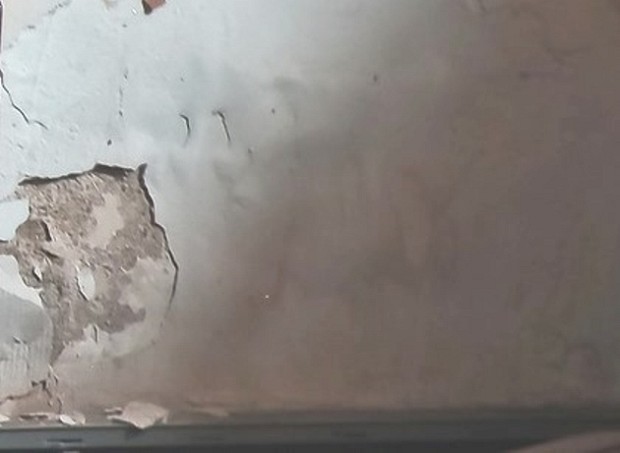 The crew starts to work … sort of

He brought in a crew of nice friendly young men and got to work on the leakage problem. They removed the window, built up the wall, and repaired the window frame, before re-installing the window. That part went fine.

As they moved on to the other jobs, I felt a strange tension in the air. I was working partially from home and whenever, I was around, I’d notice his workers grumbling among themselves. Finally one day I overheard them talking about walking off the job. Turned out that they were unhappy with how much they were getting paid and how long they had to wait for their money.

It seemed that the boss calmed them down somehow, and the work proceeded … slowly. For the initial week or so, the crew had been at my place from 9 to 5, with their boss dropping in frequently to advise and do some of the work. Then, all of a sudden, they began showing up at unpredictable intervals.

The contractor said they just had to finish up a few previous jobs. In the meantime, 6 weeks passed, instead of the promised 4, and the bulk of the work was still not even started.

My neighbors inadvertently added insult to injury. Having spotted the crew at work around my place, they asked them to do some construction work on their home, as well. So my “trustworthy” contractor dropped my job to go to work at the neighbors’.

Around this point, strange things started happening. The first few days, I’d put out drinks and snacks for the workers. Apparently that made them feel so much at home that without asking me, they began going into my cupboards and grabbing my dishware to plate their lunches.

They also seemed to be very under-equipped for a professional home improvement crew, so much so that they’d help themselves to my tools and other items. My brand new stepstool ended up covered with dirt and plaster. Even worse was when, finding themselves without a drop cloth for painting, they improvised one … from my best tablecloth!

I have to give them full marks for ingenuity, I guess.

As the weeks continued to pass, I saw less and less of these fellows. I was concerned, particularly about the path construction. The contractor assured me that the delay was because he’d ordered some high quality flagstones, which were taking a long time to arrive. In the meantime, he asked for more money to buy materials, suggesting that that might get things moving faster.

I reminded him that we’d agreed on a high initial payment to cover all the materials he’d need. He followed up by talking about his personal financial problems and asking me to help him out. I told him I’d stick to the original agreement.

That’s when he started cursing me out. As a single women homeowner, I really do not appreciate being bullied and I believe foul language has no place in any professional relationship.

Finally the flagstones were delivered. The crew set them in the yard, right on top of the path I’d improvised out of old ceramic tiles. The path looked nice, though, and seemed to fill the bill. I didn’t know that you need to prepare a sort of bed to set the flagstones in, so that they won’t crack. Neither did my contractor apparently. (And, yes, they did crack the following winter.)

Next, the contractor announced that he’d finished the steps. Finished? I didn’t know that he’d even started. Imagine my shock when I looked outside and saw … a bunch of leftover pieces of flagstone, arranged one on top of the other in a rough approximation of a staircase, not the sturdy concrete structure I had pictured. He told me there was a fringe benefit – I could plant flowers in the gaps between the steps. 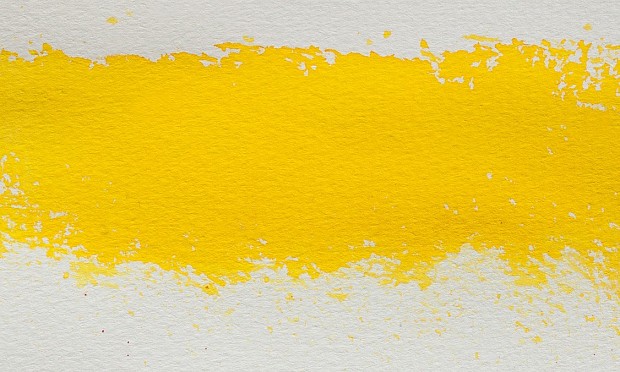 The prize for ultimate home improvement weirdness, though, goes to his painting skills. Part of the original agreement was that he would repaint after doing the work on the leaky window. Unfortunately, this contractor fancied himself an artist and as such, thought he had a great eye for color. Translation: he went out and bought paint that he thought would match the room’s existing hue without bringing along a sample.

The paint he chose was much darker than my light sunny yellow. In fact it was almost orange. He used the new supply to paint a rectangle around the window. Admittedly, it did cover up the plastering but it LOOKED REALLY BAD. When I stated that it was unacceptable, the contractor replied,
“What do you care? It’ll just be covered up with curtains.”

After this, just a few small items remained on the list. The contractor wanted to come by and go over what exactly remained to be done. He brought along his worker I called “The Bait,” who batted his deep blue eyes at me throughout the discussion.

By this time, I wasn’t sure which I wanted more – to complete the job or just to get this contractor out of my life.

We spent a good hour and half going over the list, while The Bait batted his eyes and took notes.

Fast-forward to the following February. Nothing at all had been done in the ensuing months. The steps had cracked, although the other work had held up reasonably well. I’d resigned myself to not being able to use the staircase – after all, I hadn’t specified that I wanted an actual staircase that small children and non-acrobatic adults could climb.

Suddenly I get an email from my old buddy, talking about how effective the first part of the work was and asking me to "find it in my heart" to pay him the rest of the money I owed him (!!??) About $1000 remained of the price we’d negotiated, and there was definitely more than $1000 worth of work left to be done.

I asked my lawyer what to do. He said not to pay the money and if I was interested in suing the contractor, I could go to small claims court. However, they’d probably just tell him to come back and finish my project.

There was no way I wanted that person in my home ever again, so I called his bluff. I emailed back telling him that whatever he wanted from me, he should talk directly with my lawyer. That’s the last I heard from him.

Now I’m a little poorer, a little sadder, but a lot wiser when it comes to hiring a contractor.

Learn from my experience

Drywall Repair Drama: And the Leaks Went On and On by Patricia K.

Pest Control Got Rid of Bedbugs from a "Bargain" Headboard by Judy T.