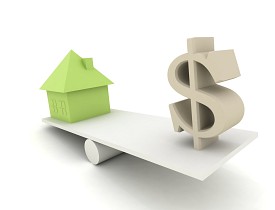 Green geeks are abuzz about the new federal PowerSaver loan program. On the Old House Web blog, energy-efficient remodeling expert Matt Grocoff wrote, “it’s like free money,” and “the smartest $25,000 you’ll ever get.”

To be sure, the new two-year pilot program is an attractive offer that can help qualifying homeowners pay for some green upgrades. However, they need to do their homework to take maximum advantage of the loan, and they should still explore other financing options.  DIY Resource: https://www.networx.com/article/best-ways-to-use-new-powersaver-loans

What is a PowerSaver loan?

In April, the Federal Housing Administration announced it had partnered with 18 lenders to offer federally insured PowerSaver loans of up to $25,000 for an approved set of home energy improvements, including insulation, solar panels and replacement windows. The loans are expected to carry interest rates between 5 and 7 percent, which is lower than many alternatives.

The FHA said there is high demand for such loans, citing remodeling industry surveys showing that homeowners want green upgrades, but can’t otherwise get an affordable loan.  DIY Resource: http://www.hometalk.com

One complaint is that some low-income homeowners still won’t qualify for assistance under the PowerSaver terms. The FHA clearly wants to avoid insuring a bunch of bad loans, so its program is only open to those with at least a 660 credit score and a debt-to-income ratio of less than 45 percent. Also, homeowners must have at least $25,000 equity in their homes, so it’s not an option for those who owe more than their home is currently worth.

How to use it wisely

Even for those who qualify, the loan is certainly a better deal for some improvements than for others. It pays to research local rebates and tax credits, and get a professional energy audit on your home. Every home is different, and incentives vary widely between states, cities and utility companies.

Professional auditors should be up to speed on the latest local incentives, and be able to estimate the payback period and energy savings for various improvements. If you can make serious cuts on energy bills, the monthly savings could be greater than the PowerSaver loan payment.

Moreover, many of the most cost-effective upgrades should not even require a loan. An efficient showerhead tops their list. At a cost of $8 and an estimated three-month payback period, a water-saving showerhead brings a 400-percent annual return on investment in reduced water-heating bills.

What else is available?

Also, the PowerSaver is the cool new thing, but good alternatives may be available for some situations. Energy-efficient mortgages (EEMs) help buyers cover the premium costs of an energy-efficient home, and energy-improvement mortgages (EIMs) help cover the cost of green upgrades. The EIMs typically have lower limits than PowerSaver loans (as low as $3,000, compared to $25,000 for the PowerSaver), so the PowerSaver may be a better option for solar panels or other big-ticket remodeling projects. Talk to a lender about buying or refinancing a home through one of the following programs:

The Federal Housing Administration lets homeowners add up to $8,0000 in energy-saving upgrades to an already approved mortgage.

The U.S. Department of Veterans Affairs offers energy-efficient mortgage additions for military personnel and veterans. The loans max out at $3,000 to $6,000.

Energy Star mortgages are also available on a limited basis in select states.

Steve Graham is a Hometalk.com writer.  See more articles like this one or get help with your home projects on Hometalk.com.