Contracted a Large Tree Trimming Job for a Reasonable Price 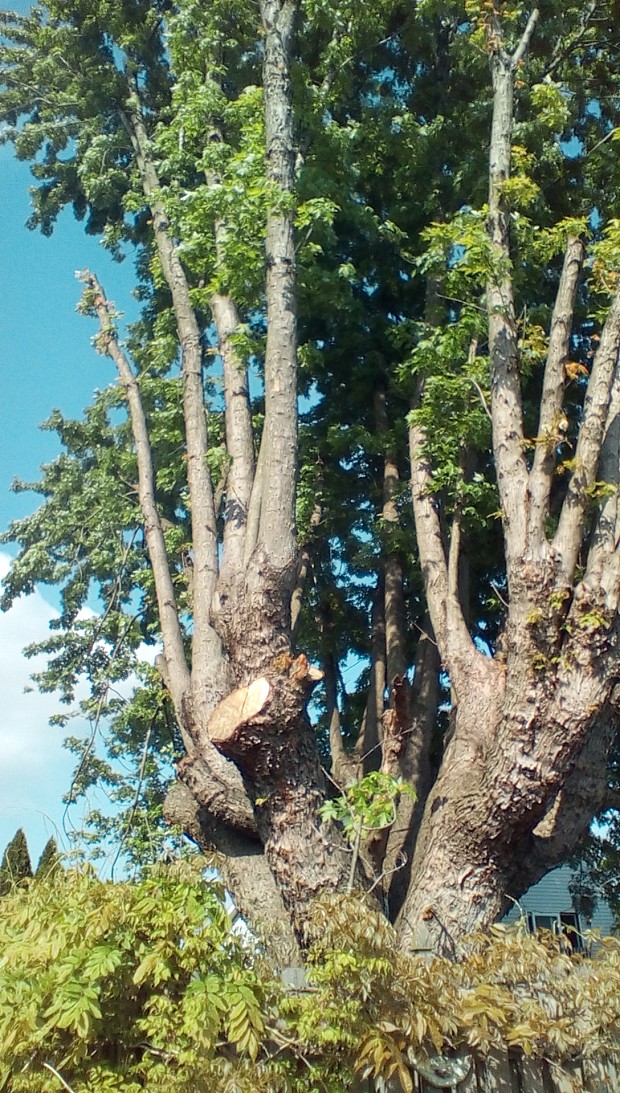 The tree isn’t even mine; it’s my neighbors’. They won’t do anything about it, though, so this is the second time I’ve had to have it trimmed back. It extended 30 feet over my property and covered my pool. Branches and leaves were dropping into the water. I couldn’t grow anything because the tree blocked the sunlight.

I’ve lived in this house for 30 years. The gentleman that used to live next door would always have it trimmed “lollipop style,” cut back and kept low, like a maple tree should be. After he passed away, people moved in who just don’t care about anything. Now the house is in pre-foreclosure and they’re renting it out and the whole nine yards. It’s a mess. But we’re not moving. When the neighbors complained that I cut the tree, I said, “I’m allowed to cut it. I can cut anything over my property line.”

I had a contractor last year who gave me a really good quote for the tree trimming but he never showed up. I kept calling him and he kept putting me off. I said, “Look, if you underbid, let me know. I can give you a little bit more.” But he just never got back to me. So then this year, I started calling around. There were some really high estimates. I said, “Are you guys crazy?”

I eventually found a crew through one of those “look for a contractor” sites. These guys were half the price of the others. Seriously, I’d been getting quotes of fourteen hundred bucks. ACC Tree Removal did it for seven.

He called me that same day and asked, “Do you want it done tomorrow?” And I said, “Yeah.” He showed up the next day with a 5-man crew around 8:30, 9:00, and they were out of here by 3. They had a truck with a lift in it, and the guy went up in the lift. They cut off the whole side that was hanging over. Each branch had to be lowered with a rope, because you could tell they were 30 or 40 feet long. It was all one day, less than 8 hours. They took everything away, cleaned it all up, and raked the yard. There was nothing left.

I was absolutely satisfied with their work. They were fast, they were clean, and that was it. No trouble. They did a good job and they were more reasonable than anybody local.

When you hire a contractor, firstly make sure they’re insured. If you hire somebody that’s not insured, and they get hurt or something, you’re liable, because they’re actually working for you. Insurance is also important in case something breaks. One of the branches fell and hit my shed. The crew told me right away and it wasn’t a big deal because I was getting ready to have a new roof put on it anyway, but it could have been worse.

Second, look up their reviews. That’s what I did and everything looked good. 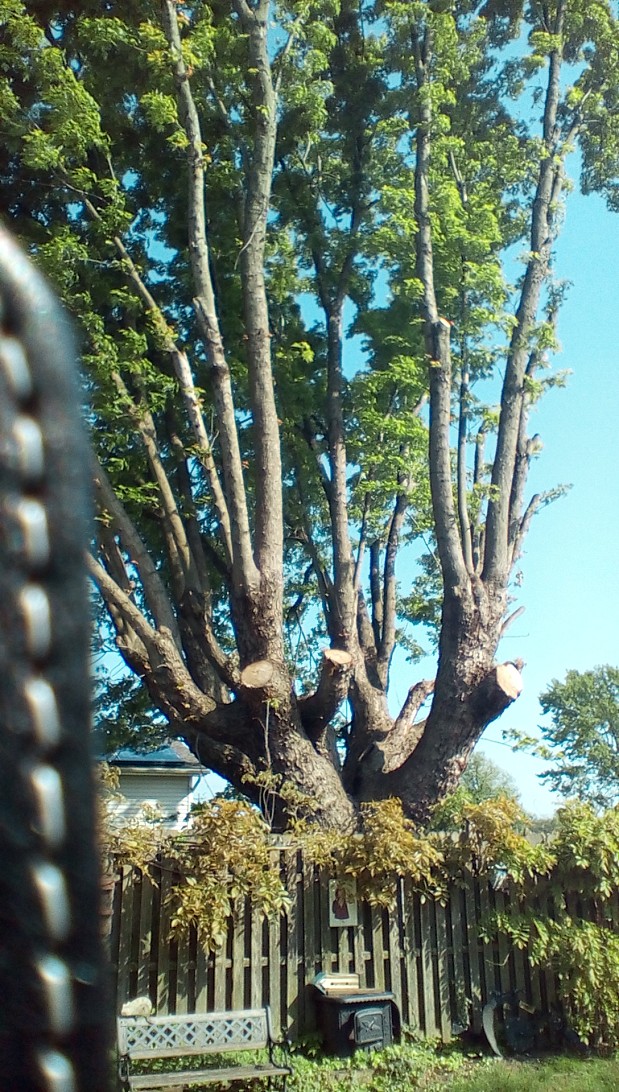 
Contractors in Your Local Area
It's Easy, Fast and Free!
Find Trusted Pros
ACC Tree Service LLC walter swift: Great service and cleaned up all of the debris.

Concrete Storage Pad and Sidewalk, Built Fast and Well for a Fair Price by Dave C.