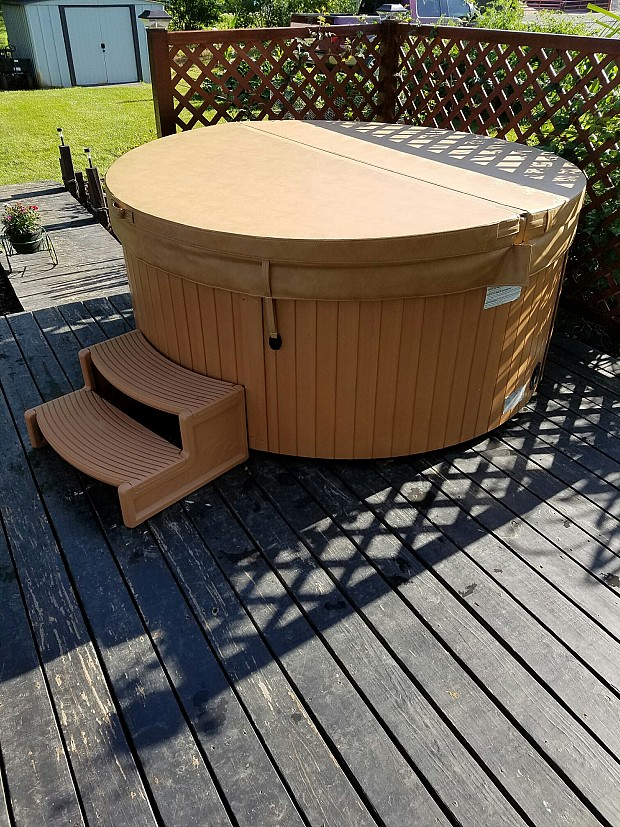 My wife and I were about to celebrate 33 years of marriage, and I wanted to give her a really great present for our anniversary. So I bought her something she’s been wanting for a long time – a hot tub to put out on the back deck.

After that, I needed to hire an electrician to do the wiring for the hot tub. My son’s neighbor is an electrician, but he’s retired now and it turned out to be too hard to get him out here. Besides that, I wanted an electrician with an up-to-date license so I went looking elsewhere. I had a couple of local guys come out here but I wasn’t happy with their way of doing things. For example, one of them “thought” he could do it but I decided that’s not good enough.

We actually had an electrical house fire 3 years ago while we were away for Memorial Day. That’s why I didn’t want some inexperienced electrician to come in here and “think” he knows what he’s doing and have the same problem. Our house is not new; it was built in 1950. My wife had said that down in the laundry room, an outlet we never used was kind of sparking. I thought, “Well, maybe she just thought she saw sparks, or bumped it, or something like that.” We came back after Memorial Day to $80,000 worth of smoke damage. Fortunately, the insurance paid all of it except the $1000 deductible. We live right next to the fire station and they determined the fire started from that electrical box, which came off the wall in the basement.

In the end, I found an electrician for the hot tub wiring online. I just spoke with the one fellow, because when I talked to him, he was really polite and knowledgeable. I could tell he knew what he was doing.

He showed up to do the work a couple of hours earlier than scheduled. It took him about 2 hours to finish everything. He had to drill into the tub, take the panels off, and wire that. Then he wired the box up outside and finally hooked it up to the house main breaker.

He was very courteous and cleaned up after himself. I was pleased with his service, his attitude, and everything he did. And my wife is really happy with the new hot tub! I’d use him again and would recommend him to friends.

If you’re a homeowner trying to find a good contractor, don’t be too quick to take the first one that comes around. And remember that cheaper isn’t always better, as I’m finding out. It’s always a good idea to pay a little more and have the job done right, rather than have to redo it.