The Importance of Surge Protectors 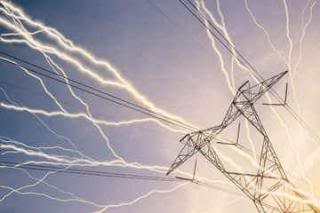 In recent times, the average American household has become increasingly dependent on modern technology. If you look around your home, you will notice that it is filled with new pieces of equipment that did not exist 5 or 10 years ago. All this equipment brings with it a whole new set of problems. What would happen if one day all of your appliances ceased to exist? I’m not talking about any far-fetched conspiracy, but rather the possibility that your home’s electrical system could be affected by a power surge.

Think about it: How much money is attached to your electrical system? How would it be if you needed to replace every piece of electrical equipment in your entire home? The average home gets hit with over 20 energy spikes per day. These spikes reduce the life of your appliances and electronics up to 30 percent.

Effect of a Lightning Strike

If you owned one of the 30 million homes that got struck by lightning last year, you would understand how much you depend on your electrical devices throughout the day. A lightning strike could damage not only your computer and your television, but also your refrigerator, dishwasher and microwave. Your HVAC system runs on electricity, so it is also at risk. It only takes one summer storm to wipe out your air conditioning or your garage door opener. The worst part is that many homeowners insurance policies do not cover lightning strikes. With the amount of money you'd have to spend replacing all of that equipment, you could fly to a tropical island and spend a month drinking pina coladas!

Electrical surges coming from outside the home tend to be caused by things like lightning strikes and broken utility lines. These types of surges are less common than internal surges, but are more devastating to your home’s electrical system. Surges coming into your home from the main grid will not only destroy your sensitive electronics, but may also destroy all of your major appliances and damage the wiring in your walls as well.

Internal surges are generated from within the home. They make up about 70 percent of the power surges that a normal home confronts. They are usually not as devastating as surges coming from outside, but they will harm your home's vulnerable electronics, such as televisions, computers and stereo equipment. The main cause of an internal surge is a sudden demand on the home’s electrical system. You may have noticed the lights dimming when the compressor in your refrigerator or air conditioner kicks on. This is the textbook definition of an internal surge.

There are 3 main ways that surge protectors should be judged: clamp level (when), surge strength (how much), and response time (how fast).

1. Clamp Level refers to the voltage level that causes the surge protector to activate. In a whole-house protector, you should look for a clamp level of around 150 volts. For point-of-use protectors, the clamp level should be an even lower 130 volts, because they are designed to protect the smaller, more sensitive electronics in your home.

2. Surge Strength is the point at which the device fails or sacrifices itself. This is measured in amps of surge. You want the whole-house surge protector to be rated around 150,000 amps. A point-of-use surge protector can be just 100,000 amps, because less power travels to specific points.

3. Response Time refers to the amount of time it takes for a surge protector to activate after a spike has been detected. Quality devices activate so quickly that they are measured in nanoseconds! Point-of-use protectors need to be even quicker to protect at-risk electronics.

The Problem with DIY Surge Protection

Surge protection is one home improvement you're better off not doing yourself. Consumer-grade devices sold in most electronic stores are rated in joules. A joule is a measure of energy and is not a good standard of surge protection. The Institute of Electrical Engineers (IEEE) has published a warning that addresses joules as a measurement in surge protectors in IEEE C62, 33-1982, section 6.1. The warning states, "Users should be aware that energy rating (joule) does not necessarily mean a lower capability of survival."

True surge protection should be handled by a licensed professional electrician.