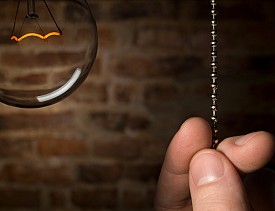 You can save money and help the environment by running appliances when other people aren't running theirs. Electricity peak hours vary by location and season. However, it's almost always better to use appliances late at night or first thing in the morning (off-peak hours are approximately 8 PM to 7 AM) rather than during business hours and early evenings, when demand on the electric grid is higher.

When and Why Energy Peaks

In much of the country, electric use peaks on weekday summer afternoons, so that is the worst time to run appliances. Erin Mathe is a spokesperson for Xcel Energy, which has 3.4 million electric customers in eight Western and Midwestern states. She explains the spike in electric demand.

"The electric peaks are primarily driven by residential air conditioning. Peaks occur on summer afternoons, generally between 3 and 7 PM," she said. "Envision a person coming home from work, discovering that the home is warm and turning on the AC. Multiply that by thousands and thousands of customers doing the same thing."

Heating homes, of course, also requires energy, particularly in colder parts of the country. However, most homes do not use electric heat. Cranking the natural gas furnace may waste energy, but it does not affect electric demand.

"During cold spells we also get a smaller peak from customers with electric heating," Mathe said. "But because they are relatively few, those peaks are not as severe."

(Find out how to use air conditioning most efficiently.)

Why Peak Energy Costs You

Power companies typically have peaker plants that only run when demand is unusually high. These plants are often older, less efficient and more expensive to operate than standard power plants. Utilities will pass on their additional costs to consumers, so it is in the best interest of every electric consumer to flatten some demand peaks.

Some utilities encourage users to reduce peak demand with cost incentives. TXU Energy in Texas has variable time-of-use rates. Electricity is more expensive between 1 and 6 PM on weekdays in summer and fall. These are the electricity peak hours, largely because of air conditioning usage.

(Learn how to use a programmable thermostat to control peak energy use.)

Michael Patterson of TXU Energy said that demand peaks on summer afternoons, and 60 percent of electric consumption is residential. Keeping major appliances switched off during these times can lower the demand peak. Clothes dryers and dishwashers are probably the highest wattage appliances in your home (though you can save a lot of energy by using air-dry settings).

Patterson said demand peaks earlier in the day during the winter. Between 7 and 10 AM, residents wake up to the morning chill and turning on the heat. However, electric heating demands during mild Texas winters are much lower than electric cooling demands during scorching Texas summers.

Some areas have less variation between winter and summer seasons. "Across all seasons if appliance use is avoided between 4 PM and 8 PM, this generally misses the peak in the city's load profile," said Norm Weaver of the municipal utilities department in Fort Collins, Colorado.

Soon, both the city and electric customers will have more constantly updated information about peak electric demand. Fort Collins is replacing its electric meters with new models that show the electricity peak hours and make the information more easily available for customers. It is among many municipalities considering tiered rate structures based on peak demand usage.

The next step could be the electric company deciding when to run your appliances. Xcel and other power companies are developing smart grid systems that would allow the electric grid to "talk" to air conditioners and appliances. Air conditioners could be remotely cycled on and off to balance out peak demand. Likewise, the grid could remotely switch on each clothes dryer on your block at a different off-peak time.

Until the smart grid is helping run your house, you can program your own appliances or simply manually operate them during off-peak hours. It will save money and help protect the environment.