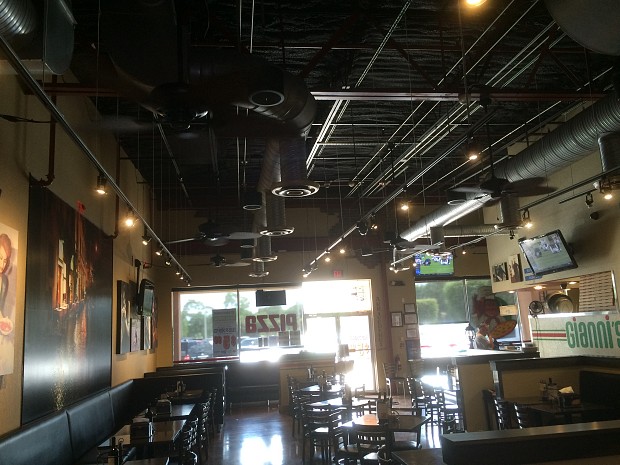 I added ceiling fans to my restaurant for increased air flow and comfort. I already had air conditioning, but it gets hot down here in Florida in the summertime, and the room gets a little bit warm. It’s humid and 90 degrees right now. I put in 5 ceiling fans for that reason.

To find a contractor, I did an internet search, and I just put in “ceiling fan installation.” Ceiling fans are pretty easy. I was mainly looking for someone who listed that as something they did, as an area of interest or expertise, because not every electrician wants to do ceiling fans. It’s not a high-priced item.

Google just brought up the recommendations. I can’t remember if I was able to check out any reviews, to be honest with you.

I tried to contact a couple of electricians and one person, Bobby, came in. We worked out a deal and that was it.

I actually bought the fans and the piping to hang and they did the rest. The installation was probably an 8-hour job altogether. We did it on a slow day, and as long as we got done before dinner, we were fine. We had the fans going basically in 2 rows, and when we finished one row, then we did the other so customers could come in and sit. I’ve got a big enough restaurant – we just closed off one side at a time.

Surprisingly, none of the customers really comment on it. You’ll see, though, some people will purposely sit underneath the fan and some will sit in between the rows. I think we’ve had one customer ask to turn the fan off, on their neck. That’s all. The fans are not real low.

I’d just tell someone looking for an electrician to do what I did – to search the internet, do a little research on the company, and go from there. Depending on what you want done, make sure whoever you’re hiring has got some experience in that area, even if it’s a simple ceiling fan thing. The electricians I hired knew what they were doing and they did it professionally. It’s not like there are exposed wires running everywhere. They did a good job. 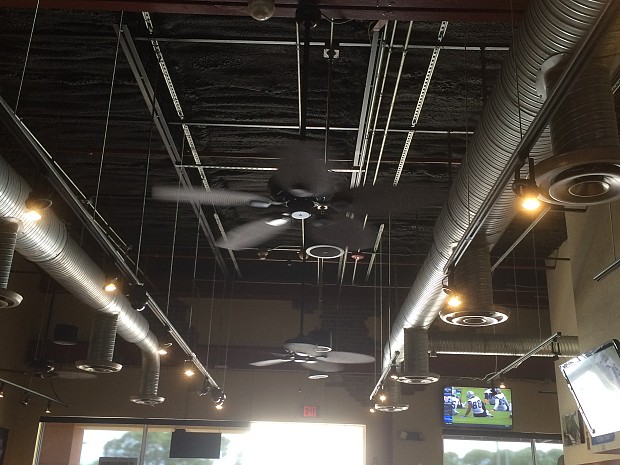