Ashamed of Your House? How to Get Over House Shaming 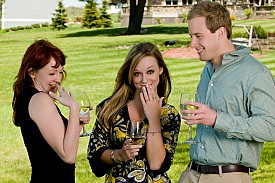 Ever feel like your house is too small? Too cheap? Not made from the right materials? Not enough for the expectations of the people around you? Or perhaps you don’t have a house at all, opting to rent an apartment because you don’t want to be tied to a mortgage (or can’t afford a down payment in the first place). You’re not alone. When owning a home —the right kind of home— is the ultimate sign of keeping up with the Joneses, it’s easy to feel ashamed of where you live … and it’s easy for others to use that against you.

Many of us have encountered snobby attitudes about housing in our lives. If you live in a trailer or prefabricated house, for example, you’ve probably been told your house is cheap, with the implication that you’re cheap too. Such homes are common targets for shaming because of their size in a country where the bigger a house is, the better it’s deemed to be. Small apartments in buildings without sufficiently exotic or interesting architecture are common targets for house shaming too; it’s okay to have a studio in a 1920s building with “charm,” but not a one-bedroom in a set of 1980s block apartments.

+Related: How to make a box-type home feel homey

We all like to watch each other, and with watching often comes judgment about the kind of life we lead.  But let’s face it. A lot of factors go into the kind of housing you choose, and sometimes you don’t actually have much of a choice. Though most of us would say we’d prefer not to live in cramped quarters with moldy carpets or creaking appliances, they may be all we can afford, especially if we’re supporting a family, trying to pay for college, or handling other major expenses. And that’s nothing to be ashamed of, no matter how much people try to use house shaming to put you down.

While your house may not be as big as those of friends and family members, or the girls in high school who were snobby then and are equally snobby now, it’s your home. It might not have a dishwasher or a guest room, a gorgeous deck or an immaculate garden, and you might be interested in moving eventually, but you can still hold your head up high when you walk out the door every morning!

If you’re into DIY, you can find plenty of tips on maximizing a “plain Jane” or small home. Which goes to show you’re not alone with your less than perfect living space. Non-handy types might want to set aside a modest sum and hire a contractor for one small but impactful upgrade, such as repainting dingy walls.

House shaming is intended to make you feel bad, but it doesn’t have to. After all, you might be choosing a sound financial strategy to avoid overextending yourself by taking on more house than you can afford, or opting not to rent a big place while you’re only living somewhere for a few months on a contract job. The money you save on housing could be going to things you’re passionate about, like travel or giving to charity,  and you don’t need to justify that to anyone.

Remember the housing crisis of 2008? One of the reasons it was so explosive was because of real estate speculation and the mortgages taken out by consumers across the country to finance big, fancy, newly built houses that they thought would keep their value forever. One by one, those loans collapsed, while homeowners with modest homes, more manageable mortgages and more equity were able to stick it out, despite the sometimes rough waters. Something to think about the next time you get hassled because your house isn’t pretty enough, or large enough, or situated in the right location!

Can’t Find A Prefab Shed You Like? Try Custom Carpentry Instead