16 Ways to Open a Beer Bottle Without a Bottle Opener

It’s summer. A nice cold one would go down awfully well, but where’s that bottle opener gotten to? You’ve searched the utensil drawer, rifled through the stack of silverware next to the grill, and patrolled the grounds asking anyone if they’ve seen it, but it hasn’t turned up. Before you try opening your beverage with your teeth (bad idea, and more on that later) or smash the bottle against a chair in a fit of despair, consider some of these many ways to open a beer without a bottle opener. 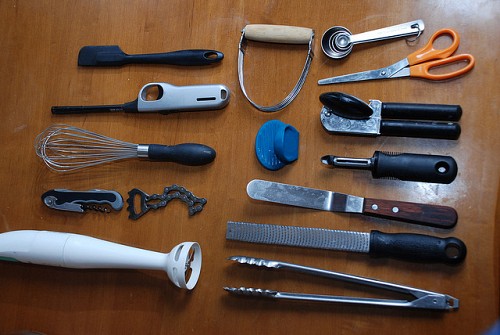 1. Twist off. Yeah, this one is pretty obvious, but did you check? Twist-off caps are growing more and more common, and those of us unaccustomed to this newfangled technology sometimes forget that it’s possible to just twist a beer open. Come on, give it a shot.

2. Lighter. A classic, since beer and smoking seem to go together for many folks. Wedge the base of the lighter between the cap and the beer bottle and use it as a lever to push the cap off. Bob’s your uncle! Updated version: Portable USB drive. No, really. Try it.

3. Tools. Pliers, flat-head screwdrivers, rasps, files, and bubble levels are all examples. You can use the flat edges on these tools to get under the cap, and then push upward to pop that sucker wide open and enjoy a cool glass of beer. Or drink straight from the bottle. No judging.

4. Strike plates. Do you have a door? Does it close? You may have a bottle opener. Strike plates almost seem like someone designed them specifically for this very purpose. Car seat belt latches have a similar design, but we here at Networx would like to remind you not to drink and drive, and that open container laws prohibit you from opening beer in a moving vehicle, even if you’re just a passenger.

5. Flat surfaces with a crisp edge. (Countertops, rocks, belt buckles, street signs...) Line the cap up with the edge, and tap it sharply to get it to dislodge. Be warned that this can leave a mark on the surface you’re using as a bottle opener, and there’s also a risk of breaking the bottle if you tap too hard!

6. Tech edition. CDs, mp3 players, and a wide variety of other pieces of tech can be used to open a beer bottle with your wrist as the lever to pop them up against the edge of the cap, forcing it off. Be aware that there is a risk of skidding and damage to the device, so you might want to consider trying with your free promotional CDs first.

7. Keys, nail files, and staple removers. All of these devices happen to have little teeth, which make them perfect for slowly uncrimping a bottle cap. They do require a bit more coordination than your standard bottle opener, so they might not work as well as your BAC goes up, but for your first couple beers, they’re perfect.

8. Rings. Some notes of caution before we get started: don’t use soft metals like gold and pure silver, and be aware that this might sting a bit. Now: catch your ring on the edge of the cap and push your knuckle down over the cap so the ring catches and pulls the cap off.

9. Paper. Now you’re intrigued, aren’t you? Fold a sheet of paper into a flat, hard packet. Stick it under the edge of the top, and lever it up with your wrist to pop the top up, up, and away! You may find that it takes a few tries to get it right, but don’t give up. Pretty much any paper product (including money) will do for this one. For extra points, try it with a napkin.

10. Beer on beer action. The only thing better than a beer is two beers, right? Grab a second bottle, and use one of the corners along its edge to pop off the cap of beer number one. Problem: You’re now drinking the bottle opener you could have used for Beer Number Two. Solution: Get another beer.

11. A toothbrush. Here at Networx, we’re big fans of oral hygiene. Especially when you’ve been drinking! All those sugars in beer can lead to dental decay. If you’re always packing a toothbrush, you’re always prepared for a quick dental touch up...and beer opening emergencies. Just stick the handle of the brush under the edge of the cap, and push up.

12. Shell casings. A classic for when you’re in the woods after a long day of hunting and want to pop a cold one—grab one of those shell casings you picked up and use it as a lever to remove the lid of your beer of choice.

13. A nice crusty bread. Cut off a thick slice—you’ll be enjoying it with your beer as soon as you’ve used the edge of the crust to lever the top off!

14. A spoon. Spoons are the right shape and size for a handy and quick opener, and they’re often readily available. Use one hand to stabilize the lid and neck of the beer, and the other to insert a spoon under the edge of the lid before levering up and out to pull it off.

15. Your forearm. Everyone has a built-in bottle opener, although this one takes some finesse or it’ll be extremely painful. Push a beer bottle into the fleshy part of the forearm, and apply a lot of pressure while you’re at it, before twisting to pull the cap up and off. You’ll know you’re not pressing hard enough if 1. The top doesn’t come off and 2. It hurts like the dickens.

Still hell-bent on using your teeth when you have a perfectly good forearm (and assortment of other objects)? Go right ahead, but be prepared for the subsequent chipping, gum damage, and other potential complications.