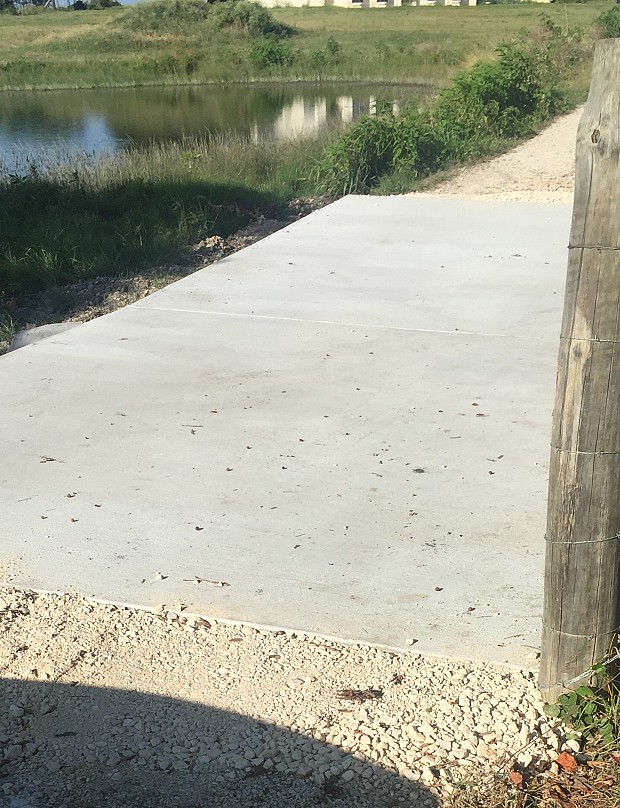 I was replacing an old driveway but it wasn’t concrete. I live out in the country, and I had a gravel driveway built by a completely different company about a year ago. However, every time a big heavy rain came in, it would wash it out.

So I decided to go with concrete and started searching … and I found Dominic on Networx. I was looking for both price and reviews. I always look for a lot of reviews or feedback, because recently my folks got ripped off by a fake contractor. He actually ripped off 3 neighborhoods for about a half a million dollars and disappeared. He was that good.

Dominic told me he was ex-military. I went and found him on LinkedIn. He said he had worked for a car dealership and it seemed like he was who he said he was. Even though there weren’t a ton of reviews about him as far as the contractor work, he gave me the information and made me feel more comfortable. He also promised, “I’ll completely finish the job and you can pay me when it’s done.” That made me feel even more comfortable because he was going to do a whole driveway without any money.

I did not have to do any prep. All he requested was that I tell him exactly what I was going to use the driveway for, which was my farm equipment and my normal vehicles. I told him I wanted the driveway paved from a fencepost to the pond that’s in front of my house. And he said he’d measure it up for me and give me the square footage and a quote … and he did.

I got other quotes, obviously, shopping around, and when I’d say, “You’re more expensive on this,” he’d answer, “Let me tell you what I’m doing and if the other guy is doing it for that price, the go with him, because he’s going to be cheaper.” When he explained it like that, I looked up some information and called the other guys back. It turned out that they weren’t going to do all that he was going to do. For example, he added concrete around my existing drainage pipe that would help the water flow smoothly over if it were to flood again.

The first 2 weeks after he gave me his quote, we were completely rained out. It was still flooding pretty bad here in Texas and with water running over the existing area where he would have installed the driveway, he couldn’t do anything, of course. But from the time he broke ground and started work to the time he completed it, it was a week. I have a side gate to my property so while this was going on, I simply used a different gate and cut through one of my pastures to get to my house.

He hired a few other people. I never had the chance to meet them, because he did the work while I was actually at work myself. That was actually nice, as well; I didn’t have to be on the premises when he did it.

I just went with a plain brushed finish. It’s not decorative because it’s close to the road. I have a very long driveway and I simply wanted it for non-washout purposes.

There was one thing I wasn’t happy with at first: the overall finish at the edges. After he said he was done, I called him back and said, “This is still a little rough, I can’t get lower-sitting cars over it without feeling like it’s going to scrape.” He told me, “Don’t worry about it, I got it. I’ll take care of it.” And he did … that same day. He went and got more road base, packed it down more, and said, “Tell me how you like that.” I mean, obviously there was no extra charge or anything. And he fixed it quickly.

He did a great job. I was very satisfied. I would say he stood out for his honesty and the fact that he was more than willing to give whatever information I needed to feel comfortable doing the project. He kept me very updated and was very fair and honest.

I actually didn’t know there’s this much to concrete. There’s also different PSIs. For my project, I needed a 4000 PSI concrete because I have large tractors and big trailers full of cattle and stuff that will be going over this concrete section. If I used 2000 PSI, it would crack and break quickly, but 4000 PSI is something that’s used for the slabs on homes, so it’s meant to hold a lot more weight. That’s something that Dominic explained to me.

So definitely look into PSIs and what kind of finishes you want for your concrete, if you’re going in that direction. 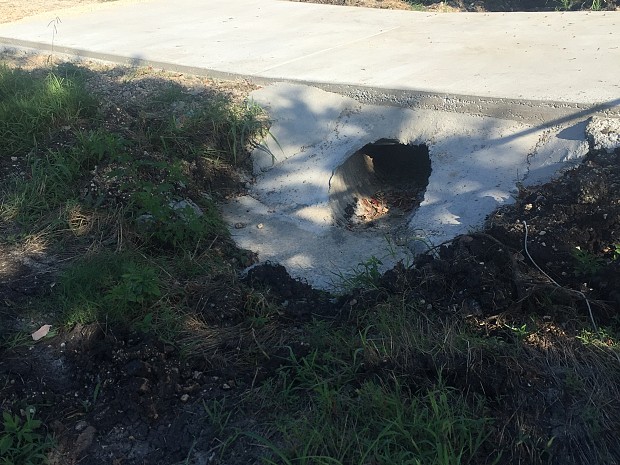 Find Trusted Pros
Contractors in Your Local Area
It's Easy, Fast and Free!
Find Trusted Pros
Valiant Works, LLC Dustin Swayze: Dominic was great for this project! He answered any and all questions I had ...


Contractors in Your Local Area
It's Easy, Fast and Free!
Find Trusted Pros
Valiant Works, LLC Dustin Swayze: Dominic was great for this project! He answered any and all questions I had ...

Refinishing the Cabinets Brightened my Kitchen Incredibly by Marcia F.