My contractor did such a beautiful, meticulous job of my hardwood floor installation that he deserved some extra cash 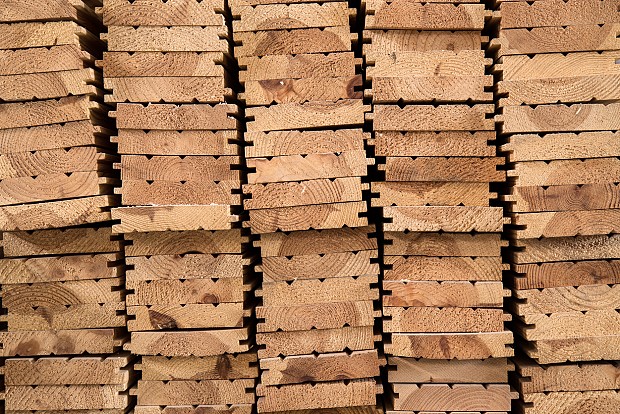 Removal of carpet and installation of hardwood flooring.

He responded quickly and gave the impression he knew what he was doing.

I’ve had wood floors installed in two other houses before, nice work but nothing special. This contractor, though, did a beautiful job.

He’s wonderful. He and his helper were neat, efficient, careful, and the attention to detail was just terrific. I could not recommend them more highly.

I had 21 boxes of hardwood stacked up in my dining room. Why? I’d ordered it because I planned to replace the carpeted floors in the house I just bought at the end of this summer. (I hate carpet! And this was 10 years old … and filthy.)

Originally, I thought installation of the flooring would be simple. A local contractor, referred to me by an acquaintance, had been promising for months to do the work. When he agreed to get going on the job early in the New Year, I went ahead and ordered the hardwood, to give it time to acclimate to my house. But somehow once I got those 21 big boxes delivered, that first contractor dropped out of touch.

I kept calling and leaving messages, until I got fed up, and that’s when I started to look on the internet for someone else in the Murfreesboro area. Within 15 minutes of the time I submitted my online request for a flooring contractor, I got a call from Kenneth of Affordable Hardsurface Installations and Sales. He told me he could install my floor the following week. That time factor, combined with the fact that he sounded like he knew his trade, was what convinced me to hire him. The price he gave me worked out a little cheaper than the no-show contractor, who had quoted me a certain figure per square foot plus an additional amount for removing the carpet AND another 15 or 20 cents a foot for taking up the tacking. Ken’s bid was also much more reasonable than the home store where I had purchased the wood. Because I am only slightly less ignorant of computers than Galileo, I was not able to look up his online reviews.

On the day he was supposed to show up, he got here at 8:45 in the morning, right within the time frame he had told me. I already had moved all the major furniture out of the master bedroom area and hallway, so he and his helper, Chad, set right to work. It took them 2 days to do the job, from removing the old carpet to hammering down the hardwood and installing the quarter round, and they did marvelously.

The first contractor had told me he could do it all in one day; how he planned to accomplish that, I don’t know, but he would have had to cut a lot of corners. I told Kenneth my story about the other contractor and he said, “I know why he didn’t show up – because he quoted you a price and told you how long it would take BEFORE he even saw the job.”

Kenneth and Chad were here until after 6:30 pm the first day. They came back the next morning after a stop at the dump to drop off the old carpeting and padding, and finished that second day around 7:00, 7:30 in the evening. They sure didn’t lollygag around – they took breaks, but while they were working, they moved quickly. After I saw them at work, I was very comfortable with them in my house; they were nice gentlemen, very well spoken. I left and did some errands and left them here with no worries about them at all.

A few things particularly impressed me: First, they thanked me for the work, because it was the first week in January, shortly after Christmas, a slow time for them. Second, when I suggested, “Oh, don’t put quarter round behind the king-size bed in the master bedroom,” these guys looked at me like I was from another planet. When I asked, “Is that a stupid idea?” all he said was, “We’re puttin’ in the quarter round.” And they also did a beautiful job where the hallway met the tile of the bathroom. Everything was the same height, with no transition board. It didn’t look at all like something that was added.

Kenneth and Chad did the work so well that halfway through the second day, before they were even finished, I told them, “I want you to come back and do these 2 extra bedrooms as well” … which is what they did this week.

Because I believe that if you get a good job, you pay for it, I told Ken, “This is more difficult than you anticipated, more labor-intensive, and I’m going to pay you more money.” So I paid him 25 percent more. He said, “You don’t have to do this.” I replied, “I know I don’t have to do it. If I had to do it, I probably wouldn’t.” He was very appreciative and I have done that with many, many contractors who have worked for me when they’ve really done a great job. I’ve had so many contractors who said, “I’ll be there tomorrow” but tomorrow didn’t mean the day after today. Now I really value a good, reliable contractor when I find one.

When you want to install flooring, do some homework ahead of time and find out exactly what your square footage is, so that they don’t charge you for 50 or 100 square feet more than you actually have. And be careful of a lowball offer. It tends to mean that the contractor will cut corners – if he even shows up to do the job at all.