Beware Of Bad Contractors! Take My Advice To Protect Yourself

Why I will always, always personally vet a contractor before hiring him 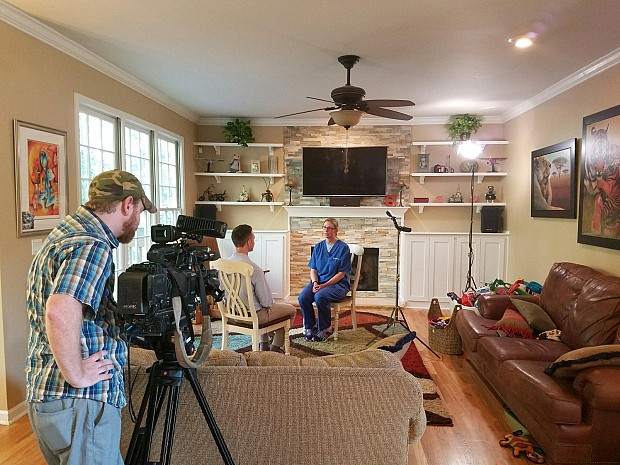 I want to tell the world how bad a relationship with a home improvement contractor can get – and how you as a homeowner can protect yourself. That’s why I'm sharing my story here, as well as in a soon-to-be-aired interview on our local news station.

I wish I had done more research before I hired Rick as a contractor, but I was bamboozled.

He called me so fast! I had been looking online for Suwanee Georgia contractors, checking several contractor referral sites and reading their reviews. On several sites, I entered my name and telephone number, as well as information about what I was looking for, my time frame, budget, and so on.

All of a sudden, my phone rang, before I even signed off any of these websites. It was so quick that I didn’t even know where the lead came from.

Blindsided by the fact that a contractor called me so promptly, ready to come out and do an estimate right then, I agreed to have him come to our home.

An estimate on our projects

My husband and I had been wanting three home improvement projects done for quite a while:

When Rick came out, he seemed very pleasant and on the ball. He emailed us his estimate literally within an hour or two. It was ridiculously fast, but because I had no previous experience with this kind of thing, I didn’t know that was sort of weird.

We thanked him for the estimate but said we want to hold off. We we’re thinking, “Maybe we’ll just sell our house and buy something in the same school district, instead of fixing it up.”

Rick continued calling us, with the approach: “No pressure, just letting you know we can get you in the work schedule right away if you’re ready to go.”

He carried on and he was so great with the sales process, keeping in touch, caring and reaching out every single day. My husband had called another contractor for a second estimate, but he never showed up.

So we finally decided to go ahead and have Rick do the renovations. 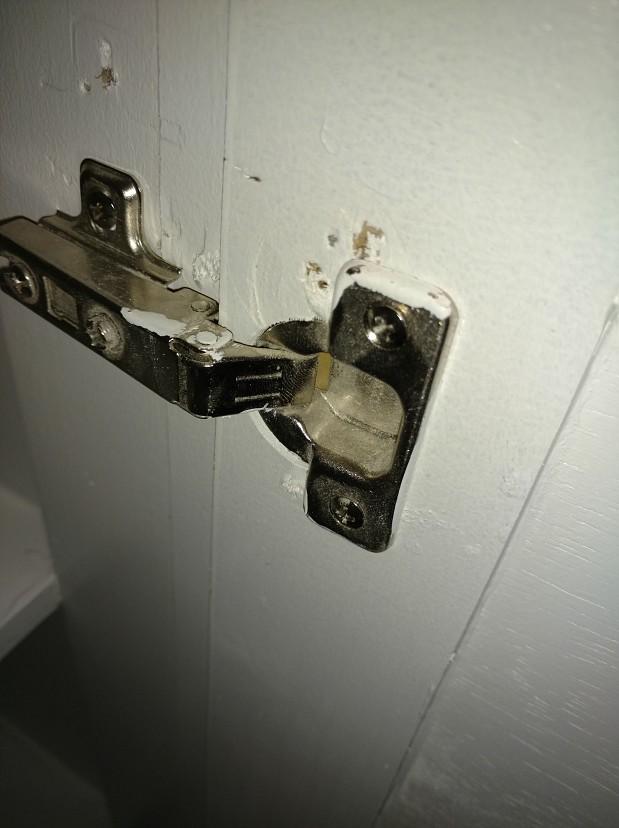 After we hired Rick (and paid a hefty deposit)

We called Rick to let him know that we were hiring him. After he asked for a 50 percent deposit up front, we wrote him two checks totaling $17,450.

Rick stated that he could get us in the schedule next week. We were going out of town then, so we told him, “Great, you can access the backyard to start on the concrete slab.”

We didn’t talk to him while we were gone, because we were having fun with our kids in Florida. We got home and there was nothing done. Nothing.

So we called him, but suddenly had trouble getting ahold of the contractor who’d been previously phoning us every day. My husband and I were wondering if we’d been scammed.

I never got it. 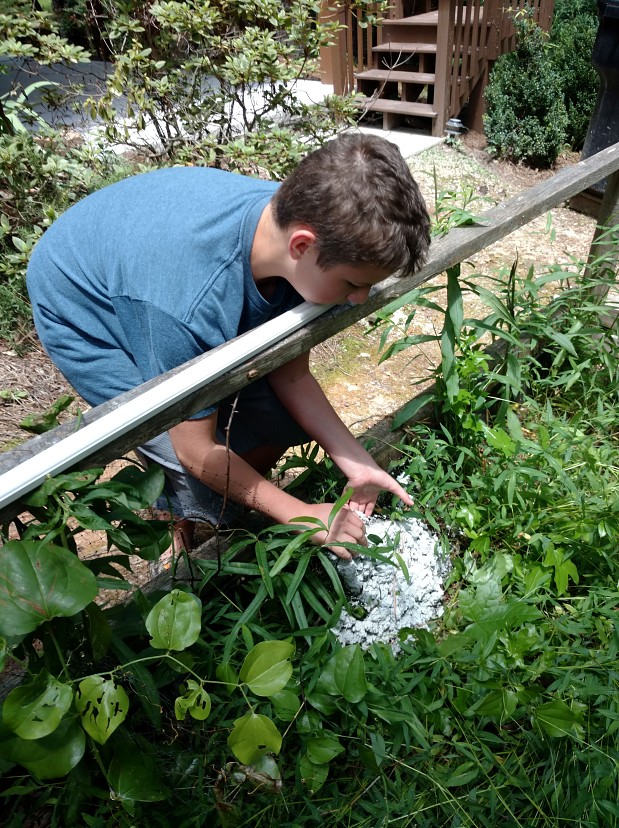 When the crew poured the concrete pad in our backyard, I was out of town working. My husband works two jobs and was dealing with our kids, so he wasn’t out there watching the men. I get home and there’s concrete all over the backyard, the back of the house, the privacy fence, anywhere it could possibly have splattered.

First I freaked out. Then I began googling, “How do you get concrete off your house?”

I contacted Rick to say, “This is a mess; why would your workers leave it like this? It’s something you need to take care of when it’s wet.” I also sent him pictures. His response: “Oh, don’t worry, don’t worry. We’ll fix it up.”

And I answered, “No! This is something professionals don’t do.”

Once again, he reasoned, “Shanna, don’t worry. I’ve got your back.”

Weeks went by. He kept telling us somebody was coming, but nobody showed up.

It was one excuse after another. “Oh, my guy had a flat tire.” “I’ve never had this happen in 30 years.”

Finally, he got a crew out here and they cleaned up the concrete splatter. Not perfectly, though. You can still see it.

Then I started finding piles of concrete everywhere around my entire house, big piles, not piles you could just pick up with your hand and put in the garbage. They needed to bring a tool to break them up and haul them off in a wheelbarrow.

Next Rick told me he was going to paint the concrete. I shared my concerns: “”You’re going to get paint everywhere. Leave it alone!”

Long story short, they painted it. Everywhere that the concrete splatter had been, now there was gray paint. Just as I thought – a big mess.

So I freaked out the same way, calling, sending pictures, thinking, “This is crazy.” I felt like we were being punked. At that point, I started to get really suspicious about Rick’s qualifications. Meanwhile Rick started on our interior with the fireplace remodel. My husband and I had sent him pictures of the design for the fireplace resurfacing and cabinet design several times, as per his request.

Nevertheless, he managed to install flagstone instead of the stacked stone we specified. For the “custom cabinetry,” they brought in what looked like recycled cabinets and random paint-covered hinges left over from another job … or from a garbage can.

The weirdest part was that one day, his worker would come in and be a painter. The next day, a stone guy. The day after that, a carpenter. Always the same guy, but every day a different specialty.

Not only was the work really bad, but there was collateral damage. For example, they seriously scratched up our hardwood floor. A job should never go like that. It was a comedy of errors.

As a result, I had to keep calling Rick and saying, “This is not acceptable.” His response was always the same: “Oh Shanna, don’t worry, don’t worry, I’ve got you covered.”

The whole time, he maintained the facade that he was very friendly and agreeable. There were never any cross words on his end, but he wouldn’t follow through with anything he said. It was just all words. 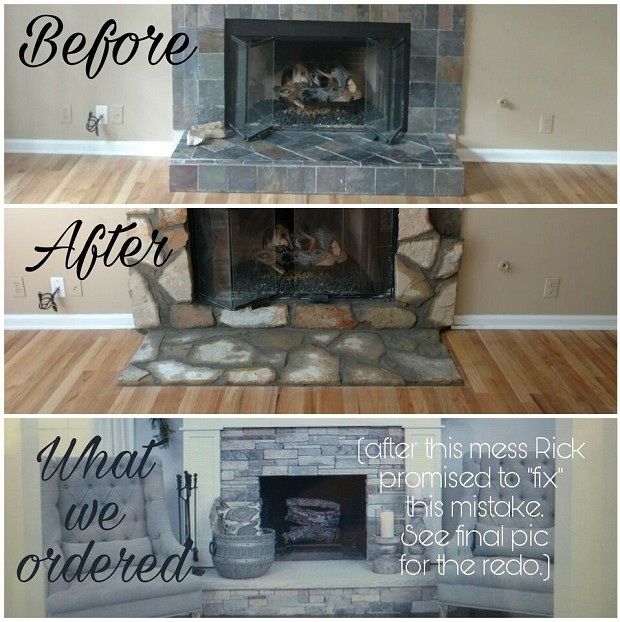 The contractor license and background check

All of this got me wondering about Rick’s contractor license. I found the licensing number listed on his profile page online, called the Georgia licensing board, and contacted the person the number belonged to.

Although it is legal in the state of Georgia for a worker to use a colleague’s contractor license number, the authorization must be notarized and recorded.

In Rick’s case, the license owner said that Rick was not authorized to use his number and that he’d contacted the licensing board telling them so.

That red flag inspired me to start looking more into everything. At this point, I did a background check on Rick, which I wish I’d done before.

It turned out the “office” address he gave on his website was the local post office and his “suite number” was a PO box.

And he’s opened six home renovation and fencing businesses in Georgia under different names. Why would anyone need to do that?

I got in touch with another couple who had a very similar story to ours. They actually got a lawyer and are taking Rick to court.

Firing Rick and getting a refund

I ended up firing Rick from the sunroom addition when I realized he didn’t know what he was doing. It was another nightmare, trying to get back our $6,100 deposit on that part of the project. I had to constantly call and nag him for the money. He’d repeat, “I’ll have your check Tuesday – no, Thursday – no, next Tuesday”

I ended up saying, “Rick, I’d rather have you say, ‘FU, I’m not paying you your refund’ than keep lying.” And he said, “Don’t worry. I don’t steal from my customers.”

I said, “What else do you call this? We’re not your personal bank.”

Getting all teary-eyed in our kitchen, he told us, “Okay, I’ll be honest. I don’t have any money because my ex had me arrested. I had to pay $30,000 to get out of that.” I replied, “I’m sorry for your luck, Rick, but you’re telling us you spent our deposit on your legal problem.”

Bruce at Networx, the referral service that had connected us with Rick in the first place (EDITOR’S NOTE: he has since been delisted), was also putting pressure on Rick to return our deposit, calling him every day. In addition, I contacted the news and did an interview, which is supposed to air in a few weeks.

We finally did get a refund of the whole sunroom deposit. 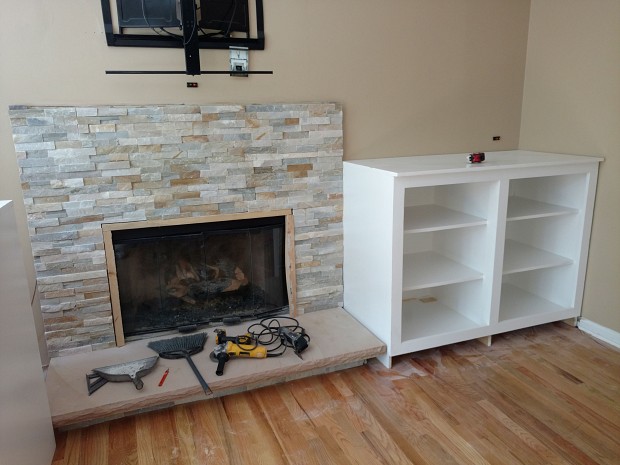 The refund was nice, but we’re still living with the consequences of the shoddy work.

For example, we can’t put a hot tub on the slab as we’d planned. The people that have come out to give us quotes ask, “Who poured that concrete slab? He poured it over pavers. You can’t do that – it weakens it and I wouldn’t trust putting the weight of a hot tub on there.”

It’s going to cost a whole lot more money to move forward with our plan for a nice outdoor hot tub area.

And the mess in our living room is so ridiculous to have to look at every day. My husband tried to make it look as good as he could, but it’s just junk. It’s awful.

It would almost be better if he had just taken the money and run because now we have this big headache to fix.

My advice on hiring a contractor

I trusted contractor referral sites to vet all their guys, verifying licensing and running background checks. I will never do that again; I will most definitely always do my own checking. When I did check Rick out thoroughly, it was too late. It was after we paid the money and trusted the guy.

EDITOR’S NOTE:
At Networx we pride ourselves on helping homeowners and businesses easily and quickly connect with local contractors. As an online contractor referral service, we do a basic pre-screening process. Unfortunately, the process is not perfect and occasionally a less-than-stellar contractor slips through.
We strongly encourage consumers to take Shanna’s wise advice and do their own checking, especially before you hire a contractor for a major home improvement job. Start here:

Warning Signs of a Substandard Contractor

Networx cares. Even though most people using our service have a good experience, if you encounter an issue with one of our contractors, please reach out to us. As in Shanna's case, we will advocate for homeowners. We are limited in what we can do, but we have enjoyed success in helping homeowners achieve amicable resolutions with contractors.
Additionally, if you believe that we currently list a contractor on our site who should be removed, please tell us.

Two Beautiful Bathroom Remodels, One at a Time by Kelsey K.