What Types of Solar Panels are Available? 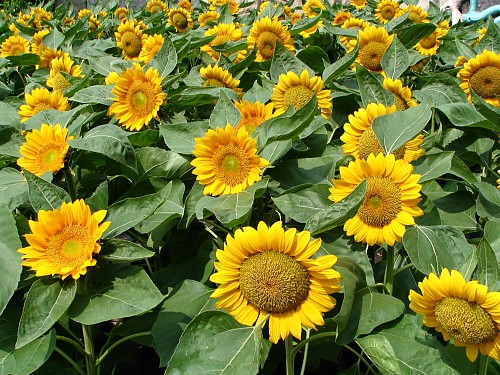 Thinking about going solar? Congratulations! You're joining a growing movement of people around the world who are trying to move into more sustainable modes of energy generation while also achieving more independence for their homes. You have a lot of different options when it comes to the type of system you install, right down to the types of solar panels you use, and you might be feeling a little dizzy right now with all the choices in front of you.

Let us help you make your choices a little easier by giving you a primer on what's out there.

These systems turn the power of the sun into electricity, and they're probably what you're thinking of when you hear the words "solar power." There are a number of types of photovoltaic systems out there, though, with more always entering the market.

The original solar technology. Each cell is composed of a single cultivated silicon crystal, and this design is known for being highly stable and durable. Monocrystalline solar panels tend to last forever with good care. Well, practically forever.

Introduced in the 1980s, this type of technology involves melting silicon and pouring it into a mold, after which it can be cut into wafers. Less waste tends to be involved in the production of polycrystalline panels, but the tradeoff is that their energy conversion rate is slightly less efficient than that of their monocrystalline counterparts. That means they need to be slightly bigger to generate the same amount of energy.

Instead of growing or molding crystals, this technology relies on deposition of a very thin layer of silicon on a substrate. A minimal amount of the expensive material needs to be used, and the result is an overall thinner, leaner-looking panel, but the reliability and durability of thin-film products is less established than that of older technologies. Since the technology is improving all the time, however, many companies are working on making thin-film a leader in the industry.

If you've heard of building-integrated photovoltaics, thin-film products are what companies mean by this term. You can build solar panels right into a roof or the sides of a building using thin-film technology, but be aware that it may not come with a guarantee of reliability and stability because the technology is newer.

Ever spent a day lying on the beach? Lying in the sun gets hot, right? These technologies harness the heat of the sun for a variety of uses around the house including heating, generating warm water for cooking, cleaning, and bathing, and more.

Active technologies like solar water heaters use the power of the sun to generate heat and combine it with other technologies to make it accessible. With a solar water heater, for example, homeowners pump water through a solar collector consisting of a series of tubes located on an area of the house with maximal sun exposure. The water heats up and when people need some for showering and other activities, they can access it with the flick of a tap.

Heated water can also be run under floors to warm them and reduce heating expenses.

Passive designs are often integrated into green home design because they don't involve extra systems or measures, but they make a house run more efficiently. A classic example of a passive solar design is the orientation of a home toward the south (or north, in the Southern Hemisphere) with large glass windows to take in all the warmth of the sun. A bank of tiles could be installed as well. By opening the house to the south and creating an area for heat storage, homeowners save money on heating and lighting.

Another example? Greenhouses. Which just goes to show you that people have been using solar energy since before it was trendy. The design of a greenhouse is the ultimate passive solar, trapping the heat of the sun during the day (even on cloudy days) and slowly dispersing it at night to keep plants at a stable temperature.

Solar power is getting bigger every day, which means the technology is in a constant state of evolution. It's critical to work with a skilled solar contractor on identifying the best system for your needs.