Organizing the House for ADHD Relief 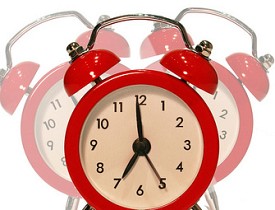 If you or a loved one lives with Attention Deficit Hyperactivity Disorder, there are ways to ease the symptoms while in your home. Dr. Mark Haffey, director of the Haffey Center for Attention and Memory in Amherst MA, offers up good advice for making your house a place of support for those with ADHD.

“There are different systems for different people, but there are some general ideas that are helpful for most everybody,” Haffey states. For example, the “simpler the environment the better. People with ADHD often build in too many distractions such as TVs and music systems. The quieter the better for most people with ADHD.”

Haffey adds that some people with ADHD need to have low background noise while working or doing homework, while others require total silence to perform those activities. “If there is background noise, it can’t be a favorite show or song,” cautions Haffey.

For adults with ADHD, designate a specific “bill paying area,” set up with a basket for bills, envelopes, pens, stamps, and other typical items needed for bill paying -- or organize a reliable online bill paying system. Haffey explains that people with ADHD often get into trouble with bills because there is some part of the bill paying process that is misplaced or can’t be found.

Whether for mail or for other organizational needs, Haffey recommends using three baskets, which can even be color-coded: “You have one basket for things that have to be taken care of immediately, one for things that can wait, and one for things that need to be thrown out. People tend to get stuck trying to figure out what they need to attend to and what they don’t.”

Haffey claims that the advent of smartphones has been a boon for people with ADHD. Aside from scheduling appointments, smartphones allow alarms to be set up throughout the day to remind people of things they need to do. For example, Haffey knows of someone who found that if he  “took a shower at 6 a.m. every day, the rest of their day went better.”

Unfortunately, at this time, Haffey says, there is no type of insurance coverage for technology aids for people with ADHD. However, he adds that some medical groups in the US are working on creating more sensible solutions for people with ADHD, which save money in the long run.

When you start out arranging a home to better support someone with ADHD, Haffey believes “it’s best to hire a professional organizer.”

If you are trying to help someone with ADHD get organized, Haffey suggests that it is always good to have what he calls a body double. “The friend or family member can help, or just spend time with the person. Having someone there is often calming enough to reduce some of the stress of organizing.”

How does color affect people with ADHD?

Haffey recommends that blue is an excellent color to paint the house for someone who has ADHD is blue. “Blue is soothing to people. Science has shown that blue has a very calming affect on the brain waves. People with ADHD need an environment that creates a calmer mood as they tend to be distracted and frazzled."