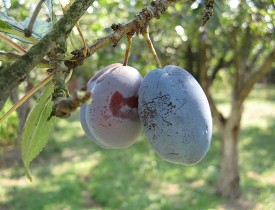 So maybe you eat an apple a day and crunch on carrots, and you gladly consume your recommended daily allowance of red wine and dark chocolate. You many even jump on the health-food bandwagons and eat acai berries and pomegranates. Nothing wrong with that, but some of these trendy ingredients can drive up the food budget.

On the other hand, many health-conscious eaters overlook some simple, cheap and healthy ingredients that may be at least as nutritious as carrots and acai. Here are 10 good foods you may not be eating, many of which are fairly inexpensive, especially in bulk.

1. Barley: Barley’s not just for making beer and feeding livestock. Barley is a great source of fiber, cancer-fighting antioxidants, and beta-glucans, which are phytochemicals connected with lowering bad cholesterol. Barley also packs B vitamins, iron, copper, magnesium and phosphorus, as well as unsurpassed amounts of chromium, which regulates blood glucose levels and could help diabetes patients. Flaked barley and barley flours can be added to baked goods and other recipes. Cracked barley can be used to make an oatmeal-like cereal. Whole or pearled barley adds texture and nutritional benefits to soups, stews, salads and more. Remember that whole barley packs the most nutritional punch.  Soak it overnight before cooking whole barley for best results.

2. Bulgur: You know whole wheat is good for you, but you may be overlooking a great, quick way to prepare it. Wheat berries are steamed, then dried to make bulgur, which is slightly different from cracked wheat. “Cooking” bulgur doesn’t even require heat. It can be softened enough to eat just by soaking it in cold water for about 20 minutes. Many Americans have only encountered bulgur in taboulleh or other Middle Eastern dishes, but it can also be used in breads and as the starch component of virtually any meal. It has a softer texture than brown rice while also providing more fiber and protein, as well as potassium and calcium.

3. Kale: Kale earns a perfect 1,000 points on the Aggregate Nutrient Density Index, making it the health food gold standard, and putting it 261 points above Popeye’s superfood, spinach. It brings large doses of vitamins A and C, as well as calcium, iron and cancer-fighting carotenoids. Kale also provides lutein, a phytochemical that promotes eye health and may reduce the risks of some cancers and heart disease. Moreover, kale can be eaten raw, and cooks faster than some other leafy greens. Kale is great in soups, salads, stews and more, and experts suggest serving kale with other foods rich in vitamin C to boost iron absorption.

4. Kiwi: This little fruit with a funny name and a fuzzy rind is not as ubiquitous as bananas, apples and oranges. But it packs more nutritional power per ounce than any other common fruit. The kiwi has twice the vitamin C of the orange and all the potassium of the banana in a little brown, birdlike package (it is named after its resemblance to New Zealand’s signature bird). Kiwis also carry fiber, vitamin E and, like kale, plenty of lutein. Kiwis can be eaten sliced or whole, or the flesh may be scooped out of the skin like a soft-boiled egg. Kiwis also add great flavor to salads and other savory dishes.

5. Lentils: If you’re looking to combine some of these superb foods, try making a soup with barley, kale and lentils. What do lentils add to the mix? Large amounts of heart-healthy folate, which might help prevent some birth defects, as well as magnesium and plenty of fat-free, low-calorie protein. In addition to the superfood supersoup, lentils are good in salads, and lentils and rice offer a delicious Mediterranean variation on beans and rice for a cheap meal with a complete protein.

6. Oats: Many of us know of the health benefits of oatmeal, but still go for the cereals with prettier boxes or more sugar. Oatmeal is almost as easy to prepare as boxed cold cereal, and oatmeal packs more nutrition and “fullness” per ounce (and certainly more nutrition per penny). Not to mention the various other nutritional and household uses for oats. Generally, the more work involved in preparation, the greater the health benefit. Still, even instant oatmeal and oat flours contribute heart-healthy soluble fiber. Oats also offer vitamin E, calcium, magnesium and potassium, as well as those cholesterol-lowering beta-glucans. Oats may also lower the risk of diabetes. Oats are the basis of a range of great sweet and savory breakfasts, and they are used in meatloafs and various baked goods. Of course, add some raisins and a few other ingredients and you also have a classic, delicious cookie.

7. Plums (dried and stewed also count, but don’t call them prunes): Plums provide potassium, iron, vitamin K and caffeoylquinic acid, a known antioxidant. The antioxidant content is doubled in dried plums, also known as prunes. Moreover, plums offer ursolic acid, which may help reduce the risks of some forms of cancer. Plums may also improve bone health and reduce bad cholesterol. Famously, plums are also packed with fiber and contain sorbitol, a mild natural laxative. The combination gives prunes their reputation as an unsavory remedy of last resort for constipation. However, plums, dried or otherwise, are tasty and should be a regular and healthy part of any diet. Dried and stewed plums are good in puddings, stuffing, trail mix and other foods. Pureed plums are also a moist, low-fat butter substitute for some baked goods.

8. Quinoa: Quinoa was an Incan and Mayan staple that is popular today at vegan restaurants but rare on most family tables. Quinoa is the seed of a goosefoot plant, a relative of spinach and chard. It takes the place of couscous and other grains in many recipes, but offers a filling and complete protein, making it a healthy meat substitute. It may be pricier than most grains, but is a better deal ounce-for-ounce than lean, top-grade meat. Quinoa also packs iron, folate, potassium, riboflavin, niacin, thiamin, copper, magnesium and zinc. It also contains several triterpine saponins, which may help prevent cancer and inflammation. There are plenty of recipes and packaged goods made with quinoa flour, offering a further protein boost, particularly for those with gluten intolerance. Though quinoa may be rare in some supermarkets, more than 1,800 varieties are grown, particularly in South America. To cook quinoa seeds with the best texture, toast the grain in a dry skillet for about five minutes, then cook about 15 minutes in two cups of water per cup of seed.

9. Sardines: Sure, sardines are typically fish bait rather than people food, but they are another cheap, lean source of protein. They also pack omega-3 fatty acids and calcium, along with vitamins D and B12. Omega-3s reportedly lower depression and bad cholesterol, while raising good cholesterol. Most people think sardines only come in cans, but larger fish markets stock fresh sardines, which taste better. Sardines are good on toast and in pasta and salads, or as a traditional Italian appetizer — fried, drizzled with vinaigrette dressing and topped with mint leaves.

10. Walnuts: Want your Omega-3s in vegetarian form? Try a handful of walnuts. They don’t get as much convenience store shelf space as peanuts and almonds, but they pack way more of those heart-healthy fatty acids. Walnuts also bring thiamine, folic acid, phosphorus, magnesium, copper and gamma-tocopherol, which may help prevent some cancers. They can even fight insomnia, thanks to their natural melatonin. They also are widely considered a brain food (look at their shape for a clue). Of course, raw or toasted walnuts make a great snack, but they also add texture and healthy protein to baked goods, salads and even vegetable lasagna. Also, shelled walnuts reportedly remove small scratches from hardwood flooring (but the floors won’t really benefit from the Omega-3s).

Steve Graham is a Hometalk - http://www.hometalk.com - writer. Get savvy and smart home & garden info like this - https://www.networx.com/article/common-inexpensive-healthy-foods-youre - on Hometalk.com.