We had a problem. Our kitchen cabinets were almost  the same color as the floor and the whole effect was very dark. We moved to this house in Florida 2 years ago from Texas. In our former home, we had successfully refinished old-fashioned “pickled wood” cabinets, so we decided to try the same thing in the new house.

First, I went online and put in “painting contractors in my area,” and then I looked up the reviews for the contractors I had found. 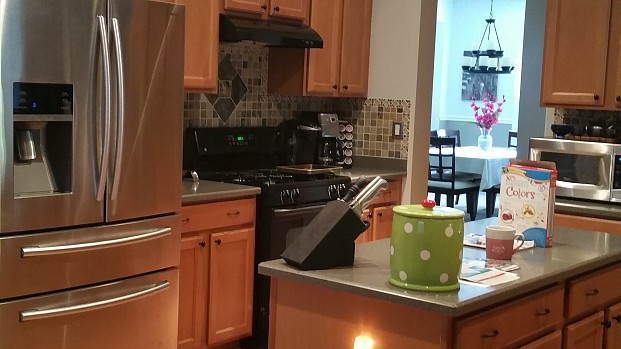 I don’t know quite how I got to Kassab Painting & Home Repair. After getting estimates from 4 different companies, I decided to go with George Kassab because he seemed so personable. Most people don’t care about the work they do. They just want to get as many jobs and do the work as fast as possible to make a quick buck. You’re just a job to them … but he was very appreciative. So my husband said, “Let’s just use him.”

His price was second from the lowest. I decided against the contractor with the lowest bid because he didn’t know what he was going to use to do the job. When George came, he told us immediately, “Yes, I know exactly what to use. Here’s what I can do.” And he sent me pictures of similar projects that he’d done. When I called the references he gave me, all his past customers raved about him.

He showed me all the different paint colors  available. To get the look I chose, we ended up mixing 2 of the colors that were on the list. 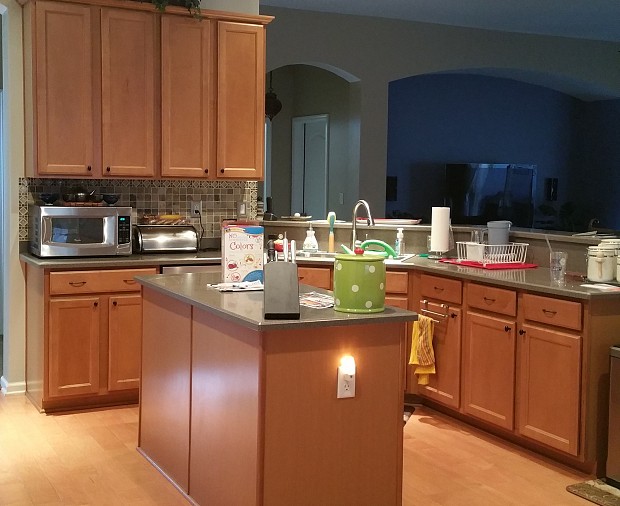 The job took George 2 whole days. He’d work on one side at a time, so when I needed to use the kitchen, I could. But it really didn’t interrupt much at all, because I was the only one here. My husband was working, so it was just me.

We love the new light color of the cabinets – and they look even better “in person”!

We had to have him come back to fix one small area after he’d finished but he took care of it promptly. All in all, he did a great job. He was very meticulous. I would definitely use him again for any other painting job that comes up, because of the way he did the work and his personality. Find Trusted Pros
Contractors in Your Local Area
It's Easy, Fast and Free!
Find Trusted Pros
Kassab Painting Marcia Fincher: George was very gracious and did a good job. Was trying to hurry because I ...


Contractors in Your Local Area
It's Easy, Fast and Free!
Find Trusted Pros
Kassab Painting Marcia Fincher: George was very gracious and did a good job. Was trying to hurry because I ...

The Most Important Quality In A Tiler? Attention To Detail by Lisa B.-P.