When You Really Should Tip A Handyman 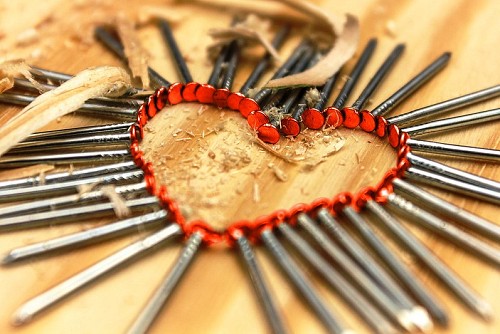 Awkward, isn’t it? Even if you’ve mastered the art of tipping restaurant servers and cab drivers, there’s still a gray area out there. You may not normally tip a handyman but at times you might want to. But is it acceptable to tip a handyman? If so, when and how much?

Well, there are no hard and fast rules, but my informal survey has brought up the following questions. Together with their answers, these reveal basic tipping guidelines for handymen.

Here’s a simple one. If the decision to hire a handyman was made by a third party, like your HOA or condo committee, don’t tip.

Tipping is discouraged or forbidden outright by some employers. Once again, in this case, you clearly do not tip.

Opinions vary on this one. Many folks say that a business owner should not be tipped because presumably he sets his fees high enough to build in a profit. Others are inclined to tip any handyman who provided truly outstanding service.

I once interviewed a homeowner who gave high praise for a handyman because “he showed up on time and did what he said he was going to do.” Simple but impressive. He felt that the worker deserved a tip.

This falls more into the category of “when NOT to tip a handyman,” but there’s universal agreement that anyone who charges by the hour shouldn’t waste time with lengthy cell phone calls on the job.

Guilty as charged. When I have an excellent worker in my home, I’m tempted to ask, “While you’re here, can you just...?” In this type of situation, if your agreement included a “per job” fee, you should definitely pay extra. I wouldn’t call the additional payment a tip, though.

If you’re not sure of the accepted practice locally, ask around before the handyman comes to work for you. (When you’re new to the area, this can be a great way to get to know your neighbors.)

The sum most frequently mentioned as an appropriate tip for a handyman is $20. Other recommended amounts include the equivalent of one day’s pay or ten to fifteen percent of the total charge (for a large job). For smaller tasks, many homeowners round up the bill, for example paying $100 for a bill of $85.

Call me a curmudgeon, but I disagree with the popular belief that offers of drinks and snacks -- or the use of your bathroom -- stand in for cold hard cash. Providing those amenities, especially cold drinks on a hot day, is just common courtesy IMHO. And “tipping” with a gift of your homemade jam or pickles, as one homeowner advises? No. Just no.

Giving a tip at the “holiday season” is suggested by some, but that seems a little culturally insensitive – not everyone’s holiday season falls in December. Tipping the handyman at the time you pay for the service provided will avoid this awkwardness.

For sure. If he is the business owner, post a positive review. Include details of exactly why you felt this handyman’s performance was outstanding. Recommend him to your friends and neighbors, too.