Settling Into a Home After Being Released from Prison 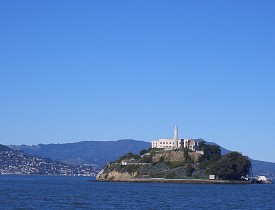 Depending on how long you were in jail and the type of crime you committed, you will need to create varying levels of support for yourself prior to and after release. Chris White, who has worked as a vocational re-entry coordinator and his wife, Helen Lincoln-White, a substance abuse counselor, offer up some solid advice on how to settle into a home once you are released from jail.

The couple agree inmates ought to start building a support network before release. Lincoln-White recommends "case management to help them get on subsidized housing lists or find affordable apartments." Depending on the offence, services like disability rehabilitation or specialized counseling should also be set up. For example, North Carolina has successfully increased the number of Charlotte pipefitters and provided former inmates with opportunities for sustainable income through its Correction Enterprises Division and Inmate Construction Program. "Unfortunately, depending on what state you live in, there can be a large gap between needs and services. People need a chance to reintegrate back into society instead of just opening the doors and saying, 'Good luck!'" says White.

White adds that inmates often need to start with some very basic tasks before leaving jail -- for example, making sure they have proper identification. State identification cards, driver's licenses, or similar are essential to obtaining both housing and jobs. An I.D. is also necessary for vocational training programs, such as programs that train former inmates in building arts like hanging drywall. "During an arrest, people often lose their I.D.'s," he said.

If you are going to be living with family

Lincoln-White advises that it is important for not only the inmate, but the family to get support and counseling before the inmate comes home. "The key is supervised support, from a probation officer or a social worker, for a period of time," clarifies White. Lincoln-White adds that the family should have in-home therapy, especially when children are involved. She does not recommend the ex-inmate going back to their family right away if there has been domestic violence.

"You should definitely not have alcohol, guns, or anything illegal in your home," warns Lincoln-White. Lincoln-White also feels strongly that the newly released should try to get into a halfway house or other type of transitional setting prior to trying to live alone.

However, if the person who is newly released from jail is able to obtain housing, she recommends working on a plan to avoid becoming isolated. "Make sure you have a phone of some type; they are cheap and easy to get these days. Also, make sure to have a list of people you can call if you are having a hard time." Other suggestions include making sure to get outside at least once a day, finding "buddies" to do positive activities with, volunteering, going to meeting for substance abuse recovery, and getting exercise if possible. "I've told people to at least go out and pick up the newspaper once a day, just to get out of the house. The longer they stay inside alone, the more anxiety they tend to feel."

"People have a lot of 'dead time' in jail. They get comfortable having nothing to do, and they need to start being active again," comments White.

One thing someone might be required to have in their home is a "Sobrietor" (remote alcohol testing), attached to a phone. The user is called at specific times of the day and night, at which time the person has to breathe into the device. Lincoln-White explains that the calls also ascertain whether the person is actually home at expected times. "If someone, for instance, has had a number of drunken driving charges, the Sobrietor helps keep them from going back to jail." If the alcohol reading is low, they may be called up to three times a few minutes apart. The reading is transmitted to a person monitoring the system. If the reading is high, the police are signaled to respond and possibly arrest the offender.

"Sometimes it's a good idea to relocate someplace different or new. It's not usually a good idea to go back to the places where you were involved with crime in the first place," counsels Lincoln-White. And while people are who they are no matter where they go, often people who've been incarcerated frequently have also "burned a lot of bridges or they don't have a supportive, healthy family to go back to once they leave jail."