What to Do About Noisy Pipes 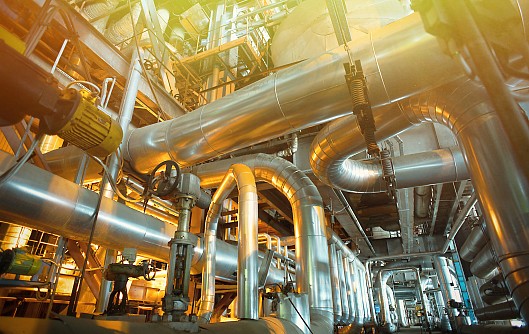 Are noisy pipes cause for alarm? They should be. Your plumbing is the kind of thing you don't really think about too much. Until there's an issue - then it's hard to think about anything else , especially when you consider how much it costs to repipe a house. Fortunately though, your plumbing system has its ways of telling you about problems so you can deal with them before they get too out of hand. For instance, low water pressure is your plumbing system's way of alerting you that (among other possibilities) you might have a blockage or a leak somewhere. If your pipes are noisy, your plumbing system may be signaling that something in your system isn't working properly.

So are noisy pipes cause for alarm? Actually, they are the alarm! Your pipes could be in need of maintenance. In general, your pipes need to be regularly maintained to ensure they're functioning properly. Pipes that go ignored will end up costing you in the long run. You should be able to diagnose the severity of the issue (if at all) based on the type of sounds your pipes are making and decide which action (if any) you'll need to take. Here's how.

If you hear grinding and groaning and creaking and moaning, particularly during or after hot water use, that's just your pipes expanding and contracting due to the temperature. Heat causes metal to expand and as the pipes cool, they return to their original state. The noise you hear is the sound of piping rubbing against support brackets, joists, and anything else that touches the outside of the pipes.

There's no need to worry about your pipes bursting or springing leaks because of this, but if the noise bothers you, there are a couple of things you can try to quiet them. You can install insulation around any exposed piping. The problem is, most of your pipes are behind walls, so unless you're replacing all the drywall in your house anyway, it's not very practical. Another idea is to check the setting on your water heater and lower it if it's too hot. Your water heater should be set at 120 degrees Fahrenheit.

If you hear clacking, clattering, and rattling, there might be several issues - with varying degrees of severity - that will need to be dealt with hastily.

Best case scenario: you're dealing with a support bracket that has loosened from the wall. As water rushes past that area, the pipe vibrates against the bracket and sounds noisy. While a plumbing disaster may not be imminent, this vibration will add more stress to the piping and create more wear and tear, so you should take action. You'll need to locate exactly where the noise is coming from. It might be behind a wall. If you're able to access the piping, you can either tighten the bracket or place padding around the pipe. If you can't access the pipe, call a plumber.

Worst case scenario: the pipes weren't installed properly and you're dealing with a full-blown structural issue with your plumbing. If that's the case, a plumbing disaster may actually be imminent and you'll need a pro to assess the situation.

If you hear hissing and whistling, there may be a partial blockage in the pipe. It's natural for mineral deposits to build up in pipes. The water forcing itself through a partial clog can make a whistling sound. You can try adjusting the water pressure at the main valve to see if that stops the noise (in general, your home's water pressure shouldn't surpass 60 psi), but you may have a bigger issue. Unfortunately, it's extremely difficult to remove mineral buildup and, as time goes by, the buildup may cause a total blockage, leading to burst pipes, extensive damage, and costly repairs. If you suspect you may be dealing with mineral buildup (this will cause low water pressure too), you should hire a plumber before the situation deteriorates.

Hissing or whistling could also mean a faulty washer or valve. If you hear the noise at one particular sink, then it's probably just a matter of replacing the washer or valve in that faucet. If it's noisy when any faucet is turned on, the issue could be with the main water valve and you may need to change it out.

If you hear banging, clanging, knocking, and thumping, you're dealing with water hammer. Yes, that's a real thing. Water travels through pipes with tremendous pressure and speed. When a valve is closed, the speeding water suddenly has nowhere to go and it's forced to stop. This abrupt stop causes the water to bounce back in the direction it was coming from, creating a surge of pressure in the pipe. Besides the loud noise it makes, it could cause pipe failure as well and needs to be dealt with.

You should now have a better idea of what's going on with your plumbing. Hopefully, you'll be able to quiet your noisy pipes on your own. However, if you're unsure what the issue is or you're wary about tackling it on your own, don't hesitate to call a professional plumber so you can feel confident that the job will get done correctly.