Busted Pipes: Why They Happen and How to Prevent Them 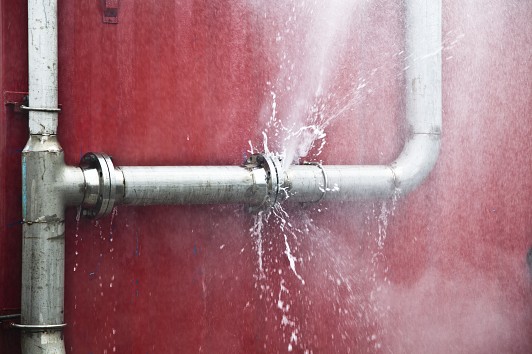 A busted pipe can be utterly devastating - both for your home and your wallet. Unfortunately, having to replace the pipe may turn out to be the least of your issues as you may also need to deal with costly water damage and mold accumulation.

But don't start worrying yet. By knowing what causes a pipe to burst and how to prevent it from happening, you'll be able to avoid the whopping headaches that busted pipes are known for.

The most common reason pipes burst is due to the weather. When outside temperatures drop, the water in the pipes may freeze and expand, which places a lot of pressure on the pipes from the inside, causing them to rupture.

There are several ways to protect your pipes from freezing:

There are plenty of foreign objects that end up in pipes and wreak havoc: food, toys, hair, paper, oily/greasy substances, mineral build-up...the list goes on and on. If your pipes are clogged, water pressure will keep building and building. Eventually, the pipes won't be able to endure the pressure any longer and they'll burst.

If there's less pressure than usual when you turn on the faucet, that may be your first indication of a blockage in your pipes. Don't let it get any worse - consult a professional. In general, your pipes need to be regularly maintained to ensure they're functioning properly. Pipes that go ignored will end up costing you in the long run.

Another cause of busted pipes is simple wear and tear. In the old days, galvanized iron or steel piping was the plumbing industry standard. After several decades, the pipes begin to rust, leading to plaque build-up, causing water pressure issues and, ultimately, busted pipes.

If your pipes were installed in the 60s or before, you'll need to replace them before calamity strikes. Even if the cost to repipe a home seems daunting, it'll be cheaper than having to deal with the devastation caused by pipe failure. On the bright side, you'll increase the value of your house with a new plumbing system.