What Are Thermal Magnetic Circuit Breakers? 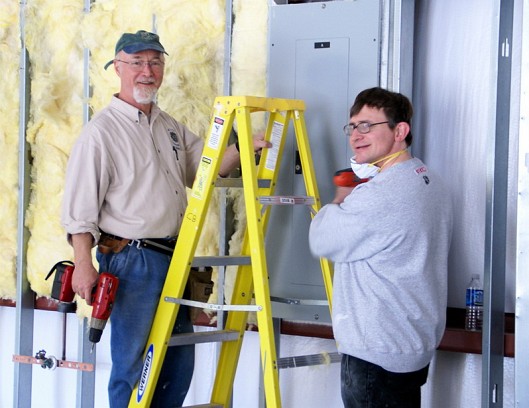 Pretty much everyone is familiar with the effect of a tripped breaker in the home. Suddenly, you have no electrical power in one or more outlets and you’re forced to head down to the basement or out to the garage to switch the electrical panel back on. This usually happens when too many appliances are plugged into one outlet or connected to the same electrical circuit. That’s what  triggers the circuit breaker to kick in and protect you from potential electrical hazards.

But what is a circuit breaker exactly and why is it so important in your home? Let’s take a closer look.

What is a Circuit Breaker?

We’ll start by clearing up the difference between a circuit breaker’s function and its purpose.

1. Circuit Breaker Function. The function of an electrical circuit breaker is to “break” (that is, to discontinue) a circuit of electricity. It does this automatically when it detects:

* an electrical overload -- The power demand on one of the circuits is beyond its capacity, usually because you’ve got too many items plugged in at the same time.

* a short circuit – An electrical circuit is accidentally shortened when a live wire comes in contact with another part of the circuit (usually due to faulty insulation) and takes the path of least resistance. This can result in an electrical charge in an unexpected location ... for example, a light switch.

Once the electrical issue has been resolved, the circuit breaker can then be manually or automatically set to restart the flow of electricity.

2. Circuit Breaker Purpose. The purpose of the circuit breaker is to prevent damage from occurring. An overtaxed or malfunctioning electrical system can do a lot of harm to home appliances and electronics. Much more seriously, it can endanger you and your household, with the risk of electric shock, electrocution, or electrical fire.

Circuit breakers come in varying sizes and types and may be used to protect everything from household appliances and electronic devices to high-voltage circuits which service entire cities.

The first component is an electromagnet that is sensitive to large surges in electrical currents. Electrical surges can cause short-circuiting, which may seriously damage your valuable electrical appliances (such as a clothes dryer or an air conditioner) or large electronics (think DVD player or desktop computer). The electromagnet responds instantly to such dangerous situations by shutting off the flow of electricity so that your appliances are protected.

Thermal magnetic circuit breakers are popular because they can quickly limit short-circuiting and then restart the flow of electricity when the surge has passed.