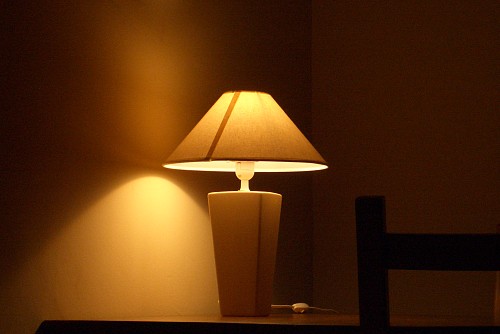 We’re all familiar with the traditional up-down, on-off switches that come standard in most old homes. But what about the more advanced options? When designing a custom lighting scheme that really enhances your home, those simple standard switches may not suffice. To achieve the look you desire, you may want to explore some of your other choices. Namely: dimmer switches versus three-way switches.

What are they? How are they different, and when would you choose a dimmer switch versus a three-way switch? As it turns out, these switches are actually very different, and each is suited for its own set of situations. But first, let’s look at how they work:

A dimmer switch works by:

Most simply put, a dimmer allows you to adjust the level of light from near-dark to fully bright, and everything in between. This is done by turning a small knob, or sliding a little lever, which replaces the standard switch.

Modern dimmers are actually quite fascinating inside. They work by interrupting the constant, repeating reversal of current that occurs with normal alternating current (AC) flow. In a regular light switch, AC current reverses direction, or switches back and forth, 60 times per second. This is how the resistor prevents too much energy from flowing through the circuit at any given time.

But a dimmer switch works by interrupting this normal fluctuation, by shutting off the light for a fraction of a second every single time the energy reverses its flow. For brighter light, these breaks are shorter. For a darker setting, the breaks are longer.

A three-way switch works by:

In essence, a three-way switch allows you to control one source, like an overhead light, from multiple switches. Because you have multiple switches controlling one light, the direction that you flip the switch at any given time will change the current state of the light. This direction -- up or down -- will change depending on which light plate was used last.

Like a dimmer switch, a three-way switch is also very interesting on the inside. Unlike a normal switch which has two terminals, moving between “connected” and “disconnected”, a three-way switch has three terminals. In this set-up, the switch connects the first terminal to either the second terminal or the third terminal, which allows electricity to flow or halt, depending on the terminal it connects to. The switches determine “connected” or “disconnected” by interacting with each other.

So, now that we understand how they work, we can look at the individual benefits of dimmer switches versus three-way switches, and where each switch is most appropriate. For example:

A dimmer switch is good for:

Since dimmer switches allow you to adjust the level of light, they’re perfect for creating ambiance, or “mood lighting.” They therefore work best in dining rooms, bedrooms, media rooms, or anywhere else that may serve multiple functions.

Dimmer switches are easy to install at home and can be purchased for under $20 at any hardware store.

A three-way switch is good for:

Three-way switches are employed for their practicality, more than for the look they lend. They’re best to use in hallways, stairwells, multi-entrance bathrooms, and other large areas where you may want to control the lights from multiple points of access.

Three-way switches can be used with eco-friendly energy-saving light bulbs, which unfortunately do not work with most dimmer switches. You can technically install them yourself, if you are an advanced home handyperson. Otherwise, it’s best to find an electrician to do the work.

And that’s the breakdown on dimmer switches versus three-way switches -- two totally different, yet equally important components of lighting design.