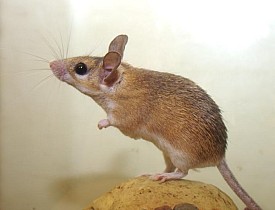 Lots of people think they’re terrifying, while others find them cute and cuddly. Whatever side of the fence you come down on, the facts about mice and rats can be both alarming and fascinating.

“Rats and mice have been around long before we built cities and towns in this country, and around the world,” says Mike Zerebko, Service Center Manager for Western Exterminator Company in Los Angeles. “Prior to that, they lived outdoors. By creating homes and offices with food and warmth, we’ve made their lives all that much better. Why wouldn’t they want to come inside?”

They’re in the same family as squirrels and hamsters. Some people think they’re cute. Do you?

According to a CDC medical report, rodents around the globe could harbor more than 30 diseases harmful to humans, including the Bubonic plague, the Hanta Virus and Typhus. They live and walk about freely through garbage, fecal matter and urine, so they’re prone to carrying viruses and bacteria that can make us sick.

We have so much to offer: food, water, shelter, safety and even a place to raise their young. Between our walls, in the attic and underneath floors with crawl spaces — mice thrive in human habitats. Who could turn down free room and board?

3. They'll Find Their Way in Through Any Gap or Crack

Crawl space vents, roof holes, pet doors and even gaps between your wall and floors confirm the facts about mice and rats: they’ll come in and set up house any place they’re comfortable.

4. Fun Facts About Mice: They Have Collapsible Cartilage

Zerebko says they come equipped with collapsible cartilage. “They can flatten out easily,” he says. “Rats require about half an inch to squeeze through, while mice only need a quarter of an inch.”

5. Scary Facts About Mice: They Gnaw on Your House

Big chewers with incisors that grow very quickly, they like gnawing on wood support beams behind your walls, sub floors underneath your carpet and hardwoods and even electrical wiring. Where there is one, there are more.

6. You Can Fight Back

Trim bushes away from the base of your house and don’t let vines grow up exterior walls. Keep trees trimmed back and make sure your house is sealed up tightly from top to bottom. If you know they’re already there, it’s time to call in professional help. According to the New York Times, mice are the #1 target of New York exterminators. You can trap them yourself, but if they're already reproducing (which they probably are) you're better off getting professional help.

7. You Can Catch Them Humanely

A “Havahart” trap (or other humane mouse traps) will allow you to capture the critter and take it out to a forested region or open field far away from populated areas.

8. Rats vs. Mice: What’s the difference?

Though they are related, they cannot interbreed. In addition to chromosomal anomalies, rats are larger and mice are smaller. Though both possess adaptability and intelligence, mice are curious, while rats are wary of their surroundings.

9. Fun Facts About Mice: Mice in the Movies!

Literature: Written by Leonard Wibberley, “The Mouse That Roared” is a novel later adapted for screen and stage. Although the “mouse” is a metaphor for a fictional tiny European country, the cover of the book features a satirical interpretation of a gaping-mouth rodent in royal regalia.

Songs: There’s only one of note: “Ben.” It’s the theme-song recorded by a very young Michael Jackson for that rodent attack disaster epic. The song topped the charts at number one in October 1972.

David Aaron Moore is a Networx writer. Get home & garden ideas like this - https://www.networx.com/article/9-facts-about-mice - on Networx.