Pest Control Got Rid of Bedbugs from a "Bargain" Headboard

When we found our vacation home was infested, we wanted to run away, but the pest control expert said he'd be there the next day. And he was 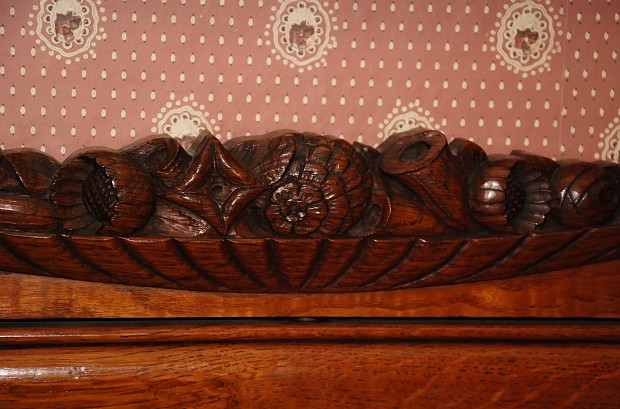 We purchased an item at a secondhand store, brought it home, and apparently it was infested with bedbugs ... which really absolutely floored us.

It was a headboard, a wooden headboard. We are snowbirds and we have a little modular home we come down to for part of the year. We had bought a new bed which lacked a headboard. We saw this and it was wood, quite attractive. Not knowing anything about these things, we brought this home thinking it was a real find -- a bargain! We washed it and my husband looked it over but we didn't understand there were some markings on it that would indicate there was some problem. I'd never seen a bedbug or ever experienced anything like that at all. I didn't even know what they looked like and wasn't sure when I saw one what it was. So, not knowing that, we installed the thing.

When we discovered the bugs, I went online and looked up "Pest Control Services." A few of them came up on my iPad. I called ... now how did that work? ... I called the first pest control company and in speaking with Bob Christianson, he was so knowledgeable that I felt really pleased with his explanation and the things he told me to do immediately (take a picture and send it to him). Also, he confirmed right away. I mean, I certainly wasn't interested in having 3 people come and tell me different things -- I wanted it taken care of immediately. I've never experienced anything like that and I was horrified.

I was very impressed with Bob. I really, truly was. He was very, very knowledgeable about all of this stuff. Even over the phone he described bedbugs to me and then he asked me if I could take a picture of one and send it to him so he could verify on the spot that that's what I was dealing with. After he did that for me, we wanted to run away. I wanted to go home! But he said he could be there the next day. And he was.

So it was fantastic. He was prompt and courteous and very knowledgeable and I was very impressed with his service. He knows his stuff. I can't imagine working in that ... but okay then. He's very, very, very well educated on entomology.

What we assumed, after he described what we had, was that we had probably picked it up in a hotel coming down, because he said to us, "Could you figure out how you got these?" And I said, "Well, the only thing I can think of is you know, you hear horror stories of staying in a hotel and picking it up in your suitcase or something. "

My husband had bites. I didn't have them but he had them. We thought he had some kind of a rash, you know. Oh my goodness -- and then to find out exactly what they were! Blugghhh! The thought of it just gives me the creeps. I'm scratching as we speak.

But anyway, I asked Bob, "How come they've bitten one person and not another?" and he answered that he couldn't really understand that either. I guess they don't like me which is jusssstttt fine.

He came and flipped everything up and as soon as he found this headboard, he said, "There's your problem." He took pictures and he sprayed and he showed us what we should have seen, if we'd know what we were looking for. It took him a morning. He did the adjoining rooms for us too, because he said if you come out with a housecoat on from the bedroom, you're liable to have carried them with you. So he did where we sit and have our coffee, that kind of thing. We took our dogs and sat outside and he did the whole thing. It was about 3 hours we were not to go in and let everything settle. Then we were able to come in. The spray was not noxious to the dogs or anything. We had a blowup bed in our sunroom that we slept on for one night.

He solved the whole problem. Of course we had to wash and scour everything, a lot of work. I had to take everything out of the bedroom. And wash everything and heat-treat things. It was a whole 2 or 3 day project on our part, apart from having Bob come in and spray, but he provided the service and called us promptly afterwards to check whether we'd had any reoccurrence or noticed anything.

His good humor helped as well. He had a really good attitude -- made me feel like this was not Dogpatch.

I called the people where we had purchased this item because it had an infestation and I figured they'd want to know. They offered to pay the cost of the fumigation. Bob was able to provide us with a picture of the headboard as he sprayed it to show that the bugs were actually coming out of the headboard. We have yet to see the check so I don't know if they will actually follow up on it, but that's not the important part. The important part is that they'd better get their store fumigated because if that piece was infested, then chances are anything close to it would be too.

We've not seen any evidence since Bob did what he did. He's done an excellent job because we've not had a problem. And that was February.

The Stamped Concrete Patio I’ve Been Waiting For by Tunishia