When resurfacing a driveway, do your homework and don't be afraid to ask questions 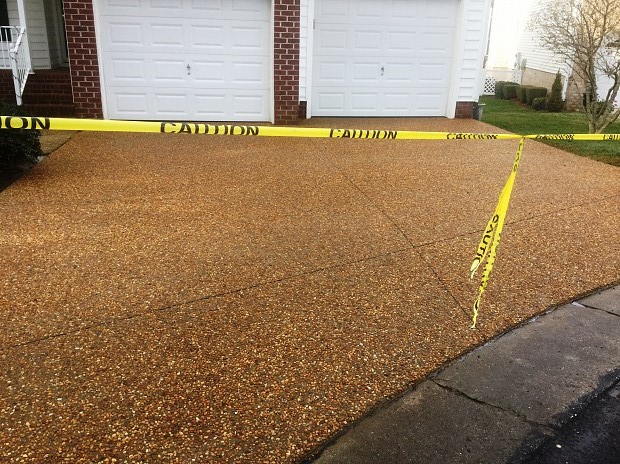 We moved into our house in the middle of 2001. The amosite asphalt driveway was not very attractive; neither of us liked it but repaving it wasn't the highest thing on our priority list for a while. We put on a screen porch and put a dock out on the lake and so forth. Finally the driveway's appearance deteriorated to the point where we decided to replace it.

I came across a website specializing in driveways which is out west -- Colorado or somewhere. They had a great website with a lot of neat advice so I said, "Okay, here's my zip code, send me whoever you have for recommended contractors."

Of course they didn't have anybody here in my area that they had personally vetted. But they said they do have sister networks out and about. That's when they hooked me up with Networx, which sent me information on 3 contractors.

When choosing a contractor, I wanted a very good job for a fair price. Isn't that what we all want? I mean, I didn't want somebody to come in here with the lowest bid and then just lay down something that's not going to last 2 or 3 years, nor did I want someone that was gouging. And sometimes you get contractors that if they don’t want the job, they'll give you a high price but I'd just as soon have them say, "I don't want the job." It annoys me when somebody does it the other way. That's the nature of the beast, but if they do that to me once, I would never recommend them and I would never go back.

I went out and I looked at contractors' jobs. I wanted to see what they came out with and I wanted to talk to a couple of customers that had them work for them.

The driveway project took about a week overall, plus a week for it to get ready to be sealed. The sealing itself took one day. Then it needed to stay another week or so before we could drive on it.

I didn't know anything about the composition of a driveway beforehand but as I said, I found that one very useful website. It explained a lot of important things. One essential fact is that how they develop the base of the driveway is probably more critical than pouring the concrete or pouring the asphalt.

At the front of my driveway, the road side, it was probably only a couple of inches deep after they tore the concrete up, just the depth of the concrete. And I said, "That's not going to be sufficient to withstand the pressure." I had done my homework and read that the front and the back part as the driveway goes into the garage are the most critical areas, where it takes most of the weight. So they trenched it out and put crushed rock and stone all the way in. Right at the garage and right outside at the road level is where the deepest trenching occurred.

I'm somewhat perturbed that the contractor rushed to seal it when it was supposed to rain that afternoon. He said, "Yeah, we can put down another coat." That will dissolve the coat that has the moisture underneath it and then it'll set up okay. The driveway was put in in the middle of December and unfortunately the weather really turned bad after that -- too cold and too wet. Then we got the snow and so forth.

My advice to anyone planning a driveway replacement? Don't be afraid to ask questions. A lot of contractors will just give you what you ask for -- an estimate and boom boom, but you better find out what they're using for the product, what the PSI is, what kind of aggregate they're using, and this, that, and the other thing. You have to do your homework and you have to ask questions. 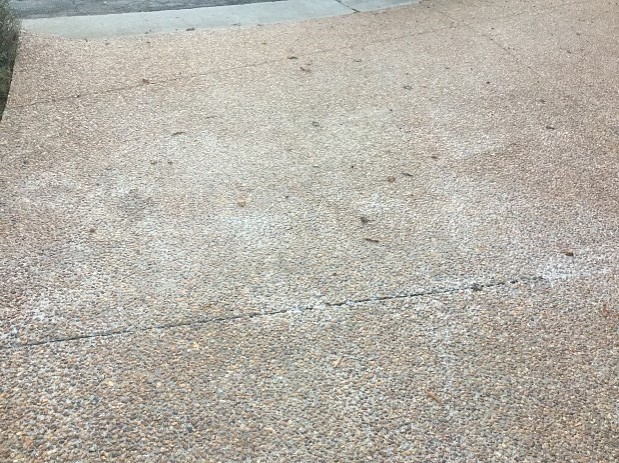 We Finally Extended our Concrete Patio and our Yard Looks Amazing by Binoy P.

The Power of Multiple HVAC Estimates by Lina O.