Urban Forestry and Your Home 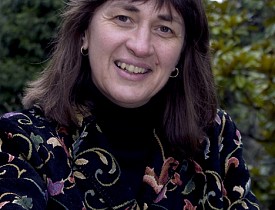 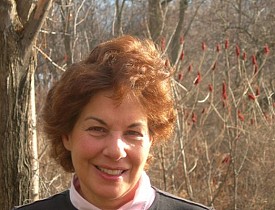 In 1969, Walter Cronkite announced on the CBS Evening News that Chattanooga, TN was the most polluted city in the United States. It was a harsh national indictment of a city already plagued by a faltering economy and racial tension, but it ultimately prompted the newly-founded EPA to allocate billions of dollars into downtown redevelopment. Part of the urban renaissance that followed over the next 30 years involved planting some 10,000 trees in the downtown area.

"Air pollution was so bad that cars had to drive with their headlights on in the middle of the day, and men who worked downtown had to bring a change of shirt to wear after going out to lunch because their shirts would become gray from walking outside mid-day. After 5 PM, downtown was a ghost town," reminisces Gene Hyde, chief arborist of the city of Chattanooga and the president of the Society of Municipal Arborists.

In a phone interview, he reports, "Now there's new life, new businesses, new apartments, and street life. We built an arts district and we revegetated the oldest bridge in Chattanooga and turned it into a walking bridge and a river park. Trees were part of the overall plan to rebuild the downtown area."

Hyde cites a few urban forestry successes in Chattanooga. "For instance, Jefferson Park is an infill area. It's a neighborhood that was falling apart. As part of the redevelopment effort, it has been rebuilt with energy-efficient EarthCraft homes. We've planted shade trees, flowering trees, and apple trees, and we've created a neighborhood garden."

Hyde also gives an example on the south side of Chattanooga, where they planted 100 Yoshino Cherry trees: "The residents were thrilled to have them installed. When we plant trees in a neighborhood, we invite the neighborhood in advance. Everybody pitches in. When you have people involved, it increases the buy-in for the program, and it pays rich dividends."

Chattanooga stands out as an example of the correlation between improving urban air quality and improving urban life in general. According to Dr. Kathleen Wolf of the University of Washington, who directs the Center for Urban Horticulture, it's one of many American cities that has aggressively planted trees in an effort to rejuvenate urban areas. She states, "Chicago has a very effective tree campaign. New York City has a successful campaign, as well as Albuquerque and Los Angeles. A few cities have 'million tree' campaigns. The target numbers of trees in these campaigns are generally determined by an analysis, but some are political. Portland, which is known for its urban forestry efforts, did an analysis of tree potential and determined that 200,000 trees was the best goal for strategic urban greening."

What Wolf refers to as "strategic urban greening" does not mean a complete restoration of the urban ecosystem. "In urban ecology, we are talking about reconciliation ecology. We're asking, 'What is the blend suited to an urban setting?' In urban and suburban settings, it's not necessary to plant only native species. It's preferable to plant more flowering plants as well as hearty and resilient plants. Flowering plants offer valuable aesthetic amenities.

"Many cities are doing canopy study analysis. Seattle has canopy goals that they are trying to encourage. The canopy study analysis found that most people don't know how to select and plant a tree. You have to determine if a tree is suited to the place, the soils, the rainfall pattern, nutrient possibilities. You don't want invest in planting a tree that will not thrive."

The biggest challenge facing urban greening campaigns is caring for newly planted trees, a job that is by and large done privately by individual home and business owners, and neighborhood associations. Even in Chattanooga, where the city goes so far as to irrigate the trees using gaiter bags during the first year of growth, Gene Hyde explains that the city forest department primarily "helps guide neighborhood associations in the process and offers help doing initial plantings."

Wolf points out, "An agency or department tasked with canopy improvements has to have partnerships. Many agencies collaborate with non-profits. The NGO will help recruit volunteers through events and celebrations. We're seeing new collaborations with groups like public health organizations, because planting a tree encourages people to get out and do physical activity."

Though physical activity and community involvement are steps toward overall improvement in public health, the decentralized method of tree planting seen in most urban forestry efforts poses the problem of proper tree care after the excitement of planting. The highest rate of tree failure occurs within the first three years. Dr. Nina Bassuk, professor and program leader of the Urban Horticulture Institute at Cornell University, tells me, "Getting them off to a good start is the most important way that homeowners can protect [new] trees. Water it, protect it from construction, choose the right tree for your area. There has to be a match between the tree and the site, which is why knowing the site conditions is important.

"Understanding what the sites are like is the most important thing to consider: How cold it is, how hot it is - you have to understand site conditions. You have to consider the condition of the soil. Is it heavy? Is it light? Site assessment is finding out what is happening above and below ground. Puddles are indications of poorly drained soil. When you dig, if the soil is light, it's an indication of well drained soil. If the soil is hard to move and compacted, it's a sign of heavy soil."

Root space is another oft-overlooked aspect of site assessment. According to Dr. Wolf, "Many people don't think about root space. Trees need equivalent space above ground and below ground. Most root systems are equivalent in size to the tree's canopy."

The tree's canopy is what provides the largest benefit to homeowners and neighborhoods. "Studies have documented reduction of temperature in urban heat islands on an annual and daily basis. At the household level, if you shade a house during the hotter times of year, especially if you shade the air conditioner itself, people see a significant reduction in their warm-weather power bills. At the neighborhood level, the tree canopy has been shown to moderate urban heat island effects. Most urban and suburban areas have open landscape and pavement structures that absorb heat and re-emit heat. A tree canopy over the same environment diminishes heat through shade and evapotranspiration. That is the process by which the tree canopy produces water and water cools the air," asserts Wolf.

Since homeowners need to get the most from their investment in trees, proper placement is the key to successful canopy growth. "The most recent study was in the South," recounts Bassuk. "Researchers from Alabama did a detailed study of the reduction of cooling costs by trees placed in the right area, the west side of the house. The west side of the house offers the most afternoon sun reduction. Planting a tree or trees on the west side, the southwest, and third on the east side can cool a house significantly. They found that there was a reduction in cooling costs by 20 - 25%. Maximize leaf area in window areas. Large trees do the most work."

Wolf notes that the size of trees matters. "A mistake that many homeowners make is planting smaller trees. Trees that grow larger have an exponential benefit. If you have the space, please plant a tree that will grow large. It is a gift to yourself and to future owners of the property. Large trees offer retention of property value in average income neighborhoods, and you gain value in higher end neighborhoods."

What kind of value do large trees actually offer? According to Trees Are Good, an authoritative Web site on tree care, "A tree in your yard may be worth more than one growing in the woods. A tree standing alone often has a higher value than one in a group. A tree near your house or one that is a focal point in your landscape tends to have more value." Trees Are Good cites homeowners' often overlooked right to make insurance claims for damaged trees as proof that they offer monetary value to homeowners.

Drs. Wolf and Bassuk both offered concrete ideas for homeowners to support new tree growth on their properties.

Dr. Wolf suggests creating rain gardens as a low-maintenance means of irrigation. "Rain gardens, which are small patches of greenery, offer aesthetic amenity. In Portland, Oregon and here in Seattle, we are creating rain gardens in parking lot parking strips. We are creating bioswales. Most parking strips are mounded up. With a bioswale, you depress that parking strip and it becomes a place where water collects. In low-impact development, we are trying to keep water on site. The question is, 'How do we engineer this well?' Now people are creating butterfly gardens. For instance, I visited a branch of the Portland public library where they have created bioswales in their parking lot's divider strips that are populated with butterflies. The parking strips are serving multiple purposes. They shade the parking lot and are a home for wildlife. In residential settings, a rain garden functions like a bioswale. It is a source of water for adjacent trees as well as being its own ecosystem. It's a nice blend of functions."

Bassuk emphasizes proper mulching. "The best mulches are organic mulches like shredded bark or recycled plant material. Mulch should be 2 to 4 inches deep with a 3 foot radius. Mulch should not touch [live] bark. One mistake a lot of homeowners make is mounding mulch up like a volcano. It creates a moist condition that causes bark to grow fungus. Put the mulch on the ground around the tree. It breaks down and improves the soil."

Despite all the care required and research into proper tree types necessary to get the most from an investment in a new tree, the tree experts I interviewed all offer the same advice to homeowners about planting a tree. Dr. Wolf provides the most cogent argument: "Do it. Canopy studies have been conducted across the US. Through collecting satellite data, almost every city in the US has shown canopy decline."

That is, except for Chattanooga. If a city that was labeled the "most polluted city in the US" could bounce back through urban forestry efforts, imagine the effect of tree planting on the city or town where you live!