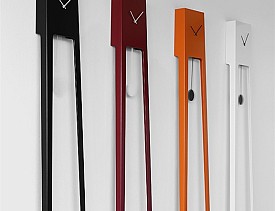 Keeping time -- and the instruments that keep our time -- have long held fascination for both scientists and design enthusiasts. Since the early 17th century when Galileo Galilei discovered that pendulums could be used to record the passing hours, scientists began working on the most accurate method of keeping time. Later, it was discovered that longer pendulums were more accurate and the tall clock, otherwise known as the grandfather clock, was born. Given their cost, these clocks were only found in the most wealthy homes and over time became the ornately designed pieces we think of today.

On the opposite end of the spectrum from the stately and sometimes stuffy grandfather clock is the endlessly humorous cuckoo clock. Early records show that bird sounds have long been used to call out the time and the modern cuckoo clock, also a pendulum-regulated device, came into its own in the middle of the 18th century.

Grandfather and cuckoo clocks can sometimes seem a little stuffy and old-fashioned, but I’ve gathered a collection of modern interpretations of these traditional timekeepers that is sure to surprise. 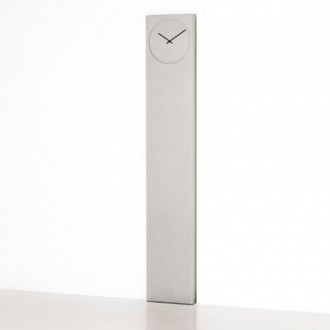 Rektangel by Forsberg Form: The designers of the Rektangel were certainly channeling their inner Steve Jobs with this elegantly simple grandfather clock. Or, at the very least, they were listening to their iPods while working on the design. A gorgeous addition to any modern interior. 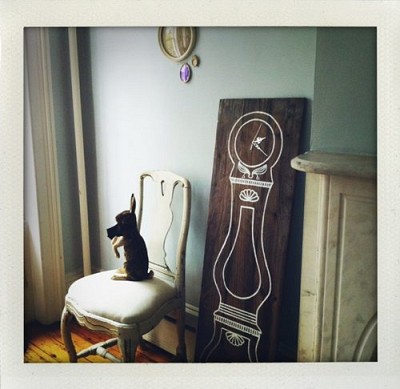 DIY Grandfather Clock spotted on Design*Sponge: Rustic and clever, this DIY style grandfather clock is merely an outline of a clock painted on an old board with a working clock mechanism. Stylish, classic and yet still very youthful. 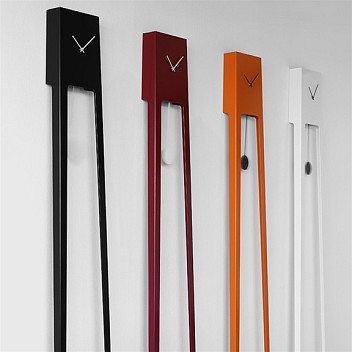 Tiuku Standing Clock by Arango: The Tiuku Standing clock illustrates the value of negative as well as positive space. While many grandfather clocks are large and imposing, this delicate looking timepiece feels more like a pair of chopsticks with a pendulum. The clock comes in a variety of colors, including black, white, orange and deep red. 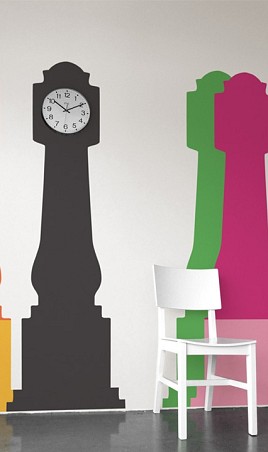 Grandfather Clock Decals by Blik: The grandfather clock wall decals from Blik are a fun and super easy way to incorporate the classic Grandfather clock into any interior. The decals come in a selection of color options, which include a top and two bases for alternating looks. Add a real wall clock for a functioning timepiece. 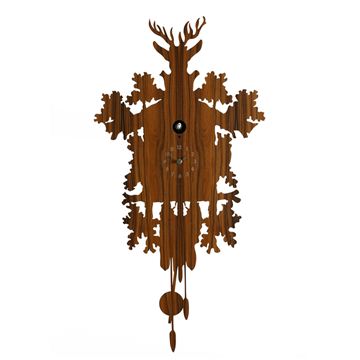 Cuku Wood Clock by Diamantini and Domeniconi: Designed by Pascal Tarabay, the Cuku Clock reduces the excesses of a classic Bavarian cuckoo clock down to a more modern looking two-dimensional shape. But have no fear; the cuckoo itself is still wondrously three-dimensional. 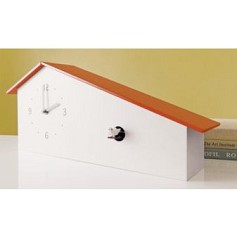 Cuckoo Clock at CB2: This modern cuckoo clock will be sure to appeal to any mid-century modern enthusiast. The clock features a ranch house-like styling with simple white façade and red-orange roof. 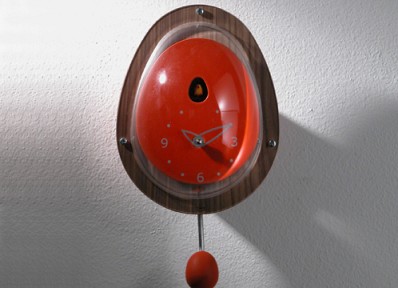 Kalimero Cuckoo Clock by Barbero Design: Which came first, the cuckoo or the egg? The eternal question comes to mind when viewing the Kalimero Cuckoo Clock. This unusual timepiece is egg shaped with a rounded Plexiglass cover, protecting the little bird within. This modern clock features natural wood surround with an orange face and has a natural mid-century vibe to it.