Japanese Beetle: How to Control its Destructive Power 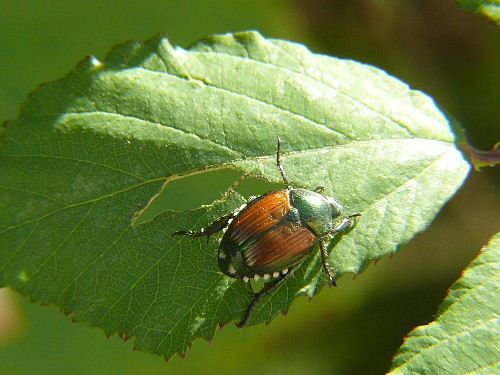 Withered lawns, ruined roses, leaves that look like skeletons … these are all examples of the destructive power of the Japanese beetle. Although this insect pest was first spotted on American shores over a century ago, in recent years it’s been growing strong and becoming a major nuisance. Why is the Japanese beetle so harmful and how can it be controlled?

Why The Japanese Beetle is Harmful

Since its introduction to North America in 1916, the Japanese beetle has spread to more than 30 states and Canada. Its population has been growing phenomenally over the past decade. While the beetles are not dangerous to humans, they are a devastating threat to lawns, ornamental plants, and food crops. Management of these destructive insects costs the US $450,000,000 annually.

Japanese beetles destroy vegetation at two stages of their lives. Immature beetles (called “grubs”) destroy lawns by eating grass roots and thatch, as well as the roots of bean, corn, strawberry, and tomato plants. These youngsters are difficult to get rid of because they live underground until maturity.

Adult Japanese beetles continue the destruction above ground, turning formerly healthy foliage into lacy-looking shreds. They’re not picky – besides leaves, these insects happily eat flowers and fruit, and will go after any one of over 300 plant species! 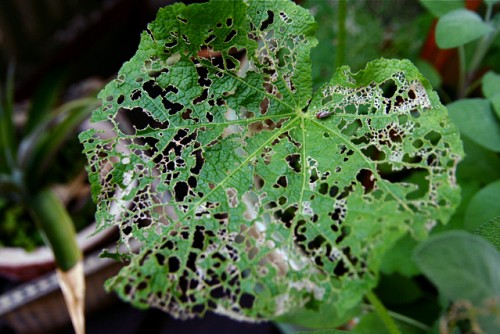 Here’s a closer look at the lifecycle of the Japanese beetle:

Summer, Year 1: Eggs are laid 2-3 inches under the surface of the soil. Grubs hatch from these eggs after incubating 8-14 days and still hidden below ground, start feeding on roots of lawns and garden crops.

April, Year 2: Grubs wake up from their winter slumber and spend the early spring hungrily attacking grass roots for 4-5 weeks.

May, Year 2: The grubs go through a pupate stage under the ground to metamorphose into adult beetles.

June-July, Year 2: Mature Japanese beetles emerge from the ground to mate and eat plants in the vicinity. This is also the time when the females lay eggs, starting the cycle all over again. 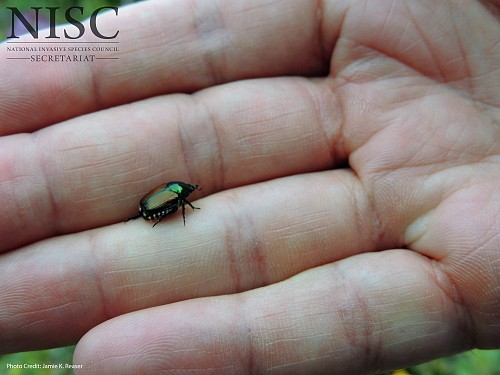 Learn to identify Japanese beetles by their distinguishing signs at every life stage:

Prevent or Get Rid of Japanese Beetle Infestation

Prevention: Avoid importing plants or soil from a known area of infestation. If Japanese beetles have been detected in your locality, cover valuable plants with netting during the June-July feeding period to prevent the insects landing and wreaking destruction. (This is not advisable for plants that require bee pollination.) To protect rosebushes, cut off blooms during the Japanese beetle active season.

Detection: Set out traps or lures to detect whether Japanese beetles are present in the area. These tools are also effective in getting rid of a small-scale infestation, although there is a risk of attracting still more beetles to your property.

Biological control: Deal with a more serious Japanese beetle problem by fighting these insects with … other insects! Ants, ground beetles, nematode worms, and some types of wasps can be useful in controlling Japanese beetles.

Standard chemical control: Numerous chemical pesticides are effective against the Japanese beetle. Different formulas are appropriate for various stages of the beetle’s life, so consult a pest control professional for expert guidance and application.

Organic chemical control: The University of Wisconsin-Extension suggests spraying your plants with neem oil or spinosad, organic chemicals which are safe to apply to fruit and vegetable gardens after they’ve bloomed.