Norway rats are, for the most part, the rats that populate American cities. If you have ever lived next door to an excavation or demolition site in a city, you probably know these little guys all too well. Here are eight facts about Norway rats that might help you to prevent or cope with an infestation. 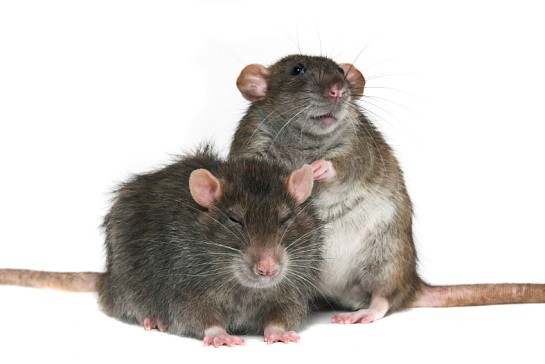 1. The scientific name for a Norway rat is Rattus norvegicus. They are commonly referred to as "rats," "brown rats," "sewer rats," and "wharf rats."

2. Norway rats are not really from Norway. The Norway rat, according to the Washington Department of Fish and Wildlife, is actually a native of Asia that arrived in England via Norwegian ships.

6. To get rid of Norway rats, cut off their food supply. Norway rats love to eat garbage, and they are well nourished on it. Norway rats can chew through plastic garbage cans, though metal trash cans are more resistant to being chewed. Rats are attracted to human food, especially bulk grains and meat. Seal up your pantry food supplies in Mason jars or metal tins to prevent Norway rat infestation. Norway rats are especially attracted to pet food, so it is vital to clean up spillage, especially outside, as well as to store pet food in a metal bin.

7. Norway rats live in burrows. According to the Baltimore County municipal website, rats live in burrows that are 12 to 18 inches underground, and about 10 inches in diameter. You can usually tell where a Norway rat burrow is by the "rat run" leading to the burrow's opening. Unfortunately, Norway rats are very good at burrowing. They can burrow through cement foundations, causing major damage to buildings. Concrete barriers can be buried to prevent rats from burrowing under foundations.