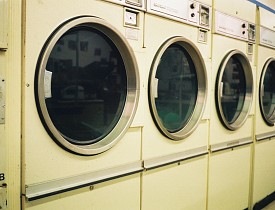 As major appliances go, clothes dryers are pretty straightforward. They have a few basic mechanical parts, a heating element, and a set of electrical devices that control the various cycles and safety functions. Gas dryers are a little different from electric models, using a somewhat more complicated gas-fired heating system instead of an element, but otherwise, many parts are common to both types of machines. Several common dryer problems are easy to diagnose and fix yourself. Others require electrical tests and/or professional servicing to replace worn or failed parts.

If your dryer seems to be completely kaput, first make sure it’s getting power. There's almost no reason a dryer would be unplugged unexpectedly, but check the cord and plug anyway. If that looks fine, check the breaker in the home's service panel (breaker box). A dryer breaker is a biggie: typically 30 amps and double-pole (two toggle levers joined with a cross bar). Reset the breaker if it has tripped. If it hasn't, there's a very remote chance that the wall outlet is bad or there's trouble with the circuit wiring, but more likely it’s a problem with one of the following devices inside the dryer: door switch, safety fuse, start switch, motor timer, or thermostats. Failure with any of these parts can prevent the dryer from turning on. It's also possible that the dryer has a broken belt, causing the belt switch to cut the power.

This is a very common complaint, and more often than not it's due to poor airflow. A dryer's blower fan has to pass the air through the clothes pile in the drum, past the lint screen and all the way along the vent duct to the outdoors. Any blockage along the way can seriously hinder drying performance. The lint screen should be cleaned before each load; if you're one of those people who wait until the screen looks like an alpaca rug, that could be your only problem.

To check the vent for blockage, turn on the dryer, then hold your hand over the vent cap at the outside wall. You should feel a strong breeze of warm air. If not, you probably have some blockage in the vent duct, and you should have it cleaned by a pro (before you call, however, check behind the dryer to make sure the vent hose or duct isn't squashed up against the wall).

Other causes of slow drying could be the gas valves or coils, or the flame sensor on a gas dryer, or the thermostats on either type.

Got spin but no heat? It could be the heating element, timer motor, thermostats, safety switch/fuse, or centrifugal switch on an electric; on a gas unit, it could be any of those (except the element) or the gas jet or valve coils, flame sensor, or ignitor. How about heat but no spin? Could be a broken drum belt or a problem with the belt tensioner (or idler pulley) or the motor, which runs the belt. Finally, if the dryer works fine but runs noisily, it might simply be out of level (adjust the feet or shim underneath to level the unit). A squeaky dryer may be due to worn drum bearings or a failing idler pulley (the small wheel on the tensioner assembly).

Don't Err on the Air

Just a final note on the importance of good venting: Efficient airflow not only makes your dryer work faster, it helps it last longer. The best duct for a dryer vent is smooth, rigid metal duct, with as few turns as possible. Flexible vinyl hose is the worst for airflow and safety. If you need a flexible section, use flexible metal, and make sure it's not pinched or kinked anywhere in the run.