Because the fencing contractor paid attention to detail, my fence is obviously much better built than the neighbor’s

Why did I need to install fencing? Very simple. I have pets and when I moved into my newly constructed house, there was no fence around it. My new next-door neighbor had just had a fence installed adjacent to my yard, but it was not so well built.

I started looking around online to see who was available to build me a cedar fence. When I got ahold of Bill at 5 Star Cedar Fences, I found him very professional compared to the other contractor I spoke with.

Originally, he came in a little high in terms of price. I could build a fence myself pretty cheaply but I don’t have a lot of time. Eventually he lowered his price and we made a deal.

The job took 2 days. The first day, he came out to my house and put the posts in. The next day he came back to put the fence up. He only made one mistake in the entire fence, which he repaired, along with fixing a section of the fence that the other contractor had put up prior to my move-in.

I’m happy with the finished fence. It looks very straight, well done. I think it’s actually a higher quality fence than my neighbor put up.

Price is obviously very important when you hire a fencing contractor. Compared to the other quote I received, Bill came in much higher at first. I don’t like to negotiate but when the price seems to be a lot more than the materials and a fair payment for the labor, it’s just not worth it to me as a homeowner, especially since I’m quite handy. But then I talked to him and he gave me the other price, which was much more reasonable.

The quality of his workmanship was excellent. I’ve got 6 nails per cedar, he put a bag of concrete in each post, and everything’s straight. He set up the cross beams a little higher than the other neighbor’s so there is less chance of warpage. Overall, I think he did a much better job. I would definitely recommend him. 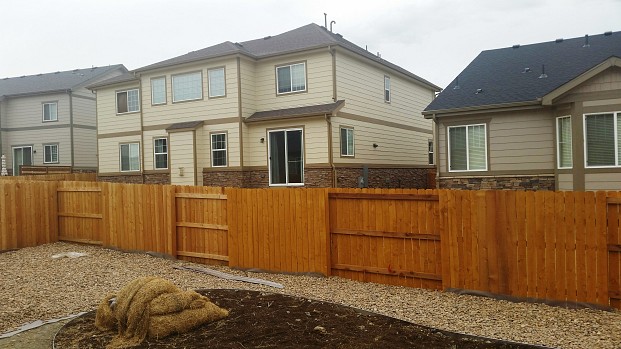 
Contractors in Your Local Area
It's Easy, Fast and Free!
Find Trusted Pros
5-Star Quality Fences Ed Newberry: Price inline with other quotes. Absolutely no problems and no hassles.

Emergency Fencing Repair after a Tree Fell on my Chain Link Fence by John V.

Painting my Stem Wall Took Half a Day of Meticulous Work by Susie K.