It was cooler outdoors than in, until we found a reliable contractor to repair our A/C 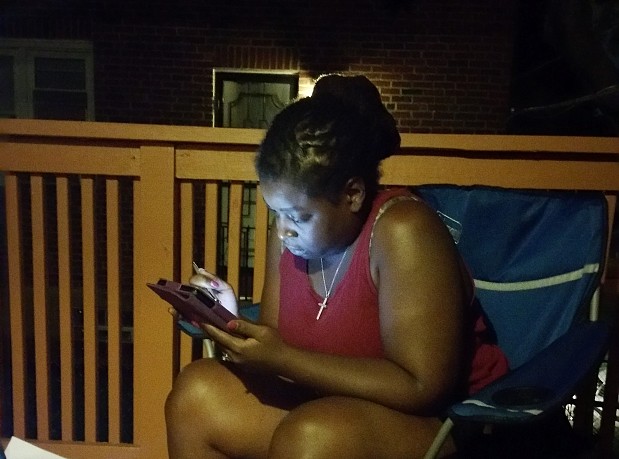 My fiancée and I were “welcomed” by an unpleasant surprise as soon as we moved into our home -- the brand new air conditioner wasn’t working right. We had just recently purchased this home. In fact, we made the settlement on July 7 and actually moved in only three weeks ago. Before we bought it, the house looked like it was in good shape, since it had just been renovated and then flipped. However, it turned out that we were completely without air conditioning for about a week and half. During that time, we had some terribly hot days here in Philly and living in our shiny new home was almost unbearable.

So I went online and googled “air conditioner services.” Two companies came up – an air conditioning repair company near me, in the Philadelphia area, and H&H Heating & Air Conditioning, in Delaware County. I initially figured I’d go with the local company because they were closer, but their work was unsatisfactory. That’s why I wound up calling H&H.

Their people have made three service calls to our house  Each time they’ve come out, we have learned so much valuable information regarding the installation of our air conditioning system, what was wrong, and what they did to make things right. They really know their business.

The first technician came out right away, and diagnosed that the problem was the system was running too much Freon. In our system, we have HR22. The initial reading was 400 psi and for the system we have, it’s supposed to be only 200 or 250. Because he didn’t have the equipment with him to remove the excess, another technician came Monday in order to release some of the Freon. 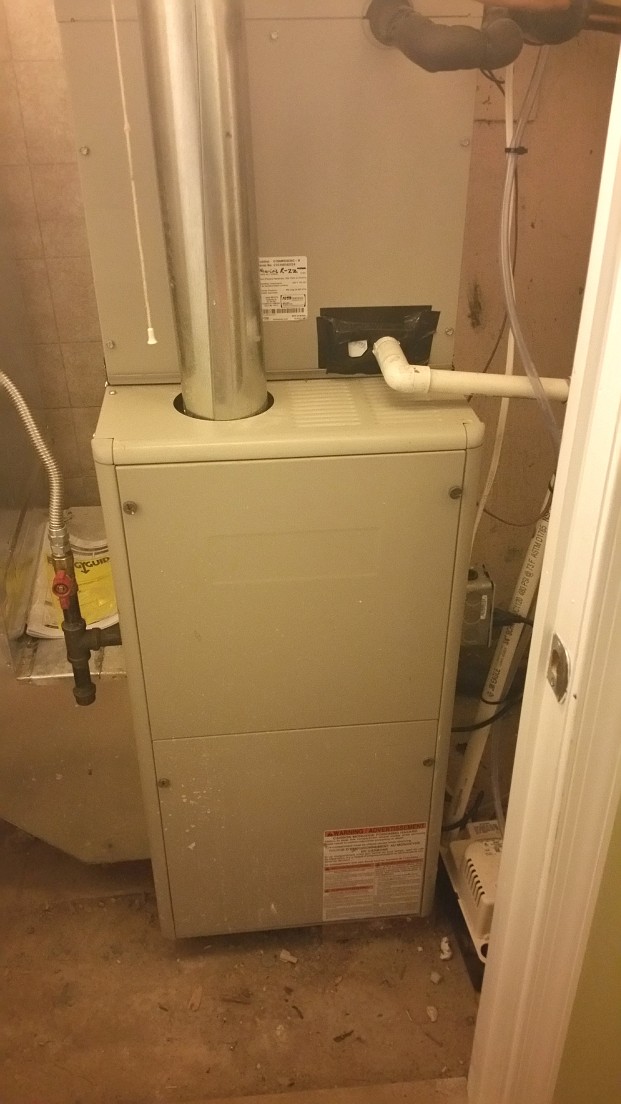 By the time the second technician arrived, we learned that the problem went even deeper than the first technician had determined. I realized that my pipes on the outside were freezing up and both the high numbers and the low numbers were reading wrong, so it was more than just an excess charge in the Freon.

When this second technician thoroughly checked the whole system, he realized that we had the wrong coil for our machine. That’s what was causing the difference in the high and low numbers. In fact, everything from the core on out was wrong for our system. Even the ductwork hadn’t been sealed properly to the wall when the flipper’s contractors put it in. It obviously was a big mess from the get-go.

The third visit from my A/C techs was about a week later, when they came back to complete the repairs of the system.

My fiancée and I both agreed that even though we hadn’t been expecting the extra hassle and expense so early on in a newly renovated house, the silver lining in this whole situation was the fact that I found competent contractors when I did. They explained how the excess of refrigerant could have been very combustible for us. I’m also glad that we had the problem in the summer because we could have had a possible carbon monoxide leak when winter came if things hadn’t been hooked up right.

Ironically, I may wind up having the guys come out yet again. We’re getting an airflow, but it’s still not cooling the house down like it should, so we might have to have the whole thing redone. I’m going to have to do my homework on how we’ll manage that. If we do it, I would call H&H back out.

I’ve contacted my realtor and the seller’s listing agent to see if we can somehow get somebody to reimburse us for the money we put out to have the repairs done, but the listing agent hasn’t gotten back to my realtor or me. Finally, I got fed up and reached out to the investigative reporters at one of our local news stations, to try to bring this whole situation to the public awareness. So now we’re waiting for a response from the news station.

I would advise anyone who buys a flipped house to get hold of every piece of documentation regarding every piece of equipment they installed and every bit of work that they did, everything down to what color paint they used. In our home, they did leave the paperwork for some of the appliances – the microwave, the stove, and so on – but nothing for the central air unit, even though it’s brand new. We literally had to call to get the warranty information which, as it turned out, didn’t cover the parts because they were the wrong ones! If I had to do this over again, I don’t know that I would buy a flipped house. Find Trusted Pros
Contractors in Your Local Area
It's Easy, Fast and Free!
Find Trusted Pros
H&H Heating & Air Conditioning, Inc. Kevin D Milligan: I chose this company as a second option due to the fact that they weren't ...


Contractors in Your Local Area
It's Easy, Fast and Free!
Find Trusted Pros
45
SHARES
H&H Heating & Air Conditioning, Inc. Kevin D Milligan: I chose this company as a second option due to the fact that they weren't ...

In 123-Degree Heat, Air Conditioning Replacement was a Must by John S.

Painting our Great Room with a 23-Foot Ceiling by Marilyn S.