How to Replace a Plug 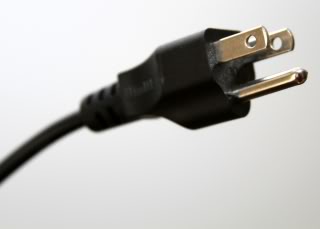 The appliance is good condition, but the plug is cracked or otherwise damaged. Or there’s a size discrepancy of some sort between the plug and the outlet, and you’d rather not use an adapter over the long term. Don’t despair – you don’t have to discard the appliance. All you need to do is replace the plug and it will be as good as new. Here’s how.

A Word to the Wise

While it may save you money and feel great to do improvements on your own, remember to be responsible and smart. Before you replace a plug, make sure that the plug is really the problem. If you should discover a problem in the appliance, don’t try to fix it yourself. Read the manufacturer’s instructions and have the appliance checked by a certified professional.

Also, keep in mind that the damaged plug may be a symptom of a much bigger problem. Take a close look at the electrical outlet where the appliance was plugged in. If you see any discoloration on the outlet plate, particularly around one of the openings, this is no time to call a painter. You’ve likely got a problem with the wiring in your home, and you’ll need to deal with it right away. Any responsible, qualified electrician from New York to Los Angeles will tell you to keep well away from that outlet until a professional comes to deal with the problem.