Gutter Replacement by a Contractor who Cares about Customer Satisfaction

My contractor had it all – experience with gutter installation, good references, insurance, and sincere concern for his customers 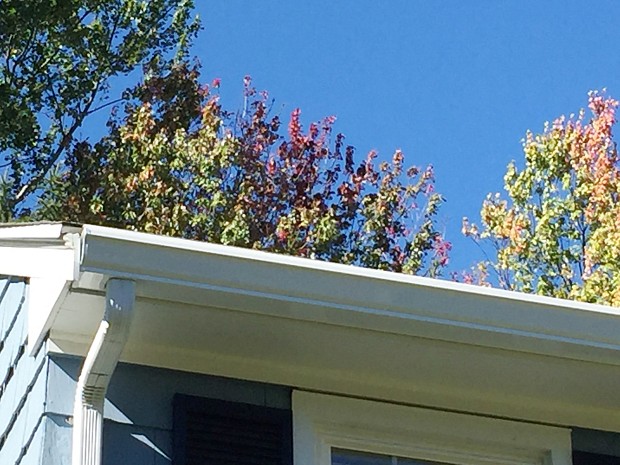 WHAT MY NETWORX CONTRACTOR DID FOR ME: Installed new 6” gutters with gutter guards. Tore down the old ones and hauled them away.

WHY I HIRED HIM: Reasonable price, trustworthy qualifications, and concern with customer satisfaction.

Our gutters started leaking in a couple of spots and just looking at them, you could tell that they were crooked. We’ve only been in the house for 9 years but someone told us that they were at least 15 years old. So it was time to install new gutters rather than just having them cleaned more often.

I did a simple google search for “gutter replacement” in the town where I live. The first company I called came in for the estimate and I liked everything they had to say except their price. That’s when I found Weathertite Systems LLC, the company I ended up going with, via Networx. They gave me a much better price and everything sounded good, so I didn’t look any further.

The contractor supplied the gutters – 6-inch ones. I’m not an expert on gutters but I do know that bigger is better, in that they’re less likely to get clogged. It took them about 5 hours for the gutter installation, including tearing down the old ones and hauling them away.

I was home while the work was being done, but I interacted with them only a couple of times. However, the interaction was very friendly and professional. First they asked me nicely to move my car because without thinking, I’d left it under one of the gutters. Then they knocked on my door and told me that they’d finished and everything was fine.

They ended up giving me a gutter guard, which the person who normally cleans my gutters had advised against because I have pine needles. I called the company up and asked them, “Can you clarify? Are these gutter guards easily cleanable? Do they freeze over in the winter?” They assured me that these are top-of-the-line, that they do work, and that although you can’t really clean them, you shouldn’t have to. So right now, I’m happy. Time will tell once they’ve been through the fall, the winter, and next spring’s rain. 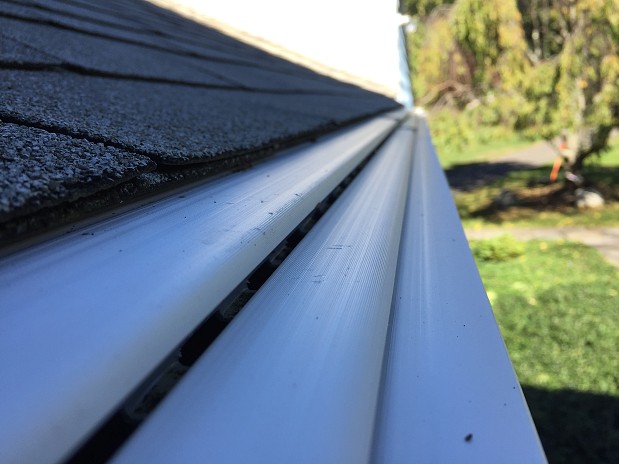 One of the selling points for Weathertite is they really seem to care about customer satisfaction. They gave me some warranties and added, “Even if it’s outside the warranty, please call us. We want to make it good. We want good reviews.” So I have a feeling that if I do find something wrong that they will come and fix it.

It’s a good idea to get more than one estimate. I’m no professional but I had at least some idea of what I was expecting to pay. I literally had 1400 in my head, figuring 400 for parts, a thousand for labor. The first guy came in 3000 but this guy came in at $1385, so I was thrilled.

I was impressed with how genuinely caring the salesman appeared. He gave me a one-pager with 30 different points, such as: “We’ve been in business for 30 years; my owner really cares about the business; if you’re not happy, he’ll do everything to fix it; etc.” So my advice would be when you hire a contractor even though it is a transaction, make sure there is some feeling and caring on the other side. That really made the difference for me; it made me not want to get another quote to see if I could beat the price.

Of course, it helped that he also had references and million-dollar insurance. All that made me very comfortable with the experience, as opposed to that feeling of dread: “Oh, I have to get work done and there’s nobody I can trust." 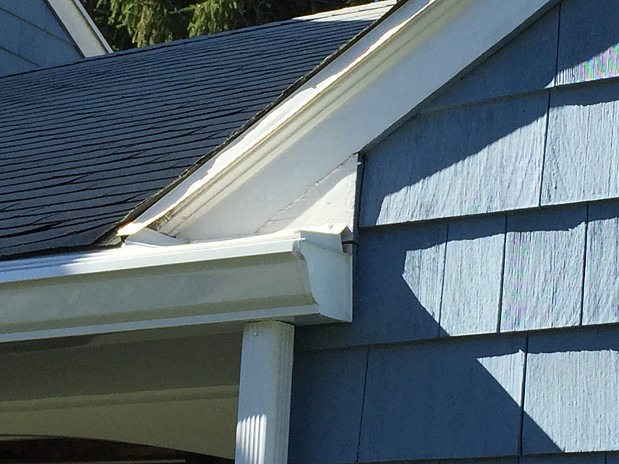 New Roof Brings out the Charm of a 100-Year-Old House by Marcellia G.