It took us 7 years to finally have it installed 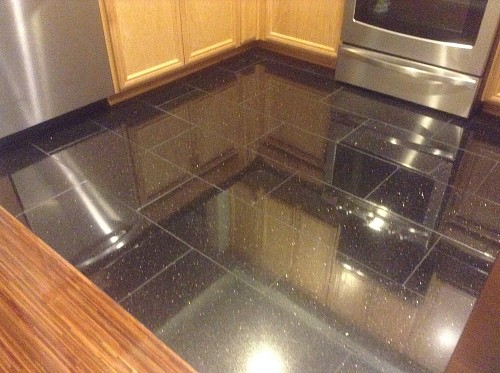 We’d been thinking about having a new kitchen floor installed for 7 years. I gave my wife the choice to pick the tile, and I waited and waited … and waited! I got to the point where I was tired of waiting and she still didn’t do it so I said, “I’m going to do it.”

I’m at work, my wife is busy with our son, so basically we can’t do it ourselves. We arranged with a guy that we know to install the tile that Monday. Now mind you, when I’d tried to get him before, he said he was busy on another project. This time he called me and said he couldn’t do it because of an emergency. He canceled on me at the last minute – and it’s been 7 years. So I said, “Okay, since you can’t do it, I’ll find someone else.”

When I went online and started looking for a contractor to do it, I found the Networx website and I just basically went that route. I had 2 people call me. The first quote was more than what I expected so I went to Second Mile Tile, and their estimate was a little bit less. The first guy was saying $1200 and Second Mile was $950, so I went with the lower price. It was $200 more than what the guy I knew was going to charge but I said, “Hey! Two hundred bucks more to get it done fast. It’s better than waiting.”

The funny thing about this story was that when I had Second Mile set it up and got it done, the first gentleman called me that Sunday and said he was going to be available on Monday. I told him, “Too late, it’s done already.”

I didn’t read the customer reviews on Second Mile till after, because I’m an older guy and I get a sense of how somebody’s character is by how they talk on the phone. I guess I have a gift to talk with someone and see where their head’s at.

There was a crew of 3 guys and the work took them 3 days. I had bought the tile myself, online. My wife and son were out of the country so only I was around. The workers made a little path in the kitchen in case I needed to grab something, but for the most part I didn’t want to bother them. Anything I had a question with or a problem with, they fixed it.

I’m very pleased. The floor looks beautiful when people walk in and I have to basically chase my 8-year-old son out of the kitchen now, because he’s always staring at himself, looking at his reflection in the floor.

My wife is extremely happy too. I didn’t want to start anything with her but I wanted to say, “It took 7 years, but we finally got here.”

I’d advise new homeowners to do research before you hire a contractor. Weigh your options. Look for someone who sounds like they’re experienced. 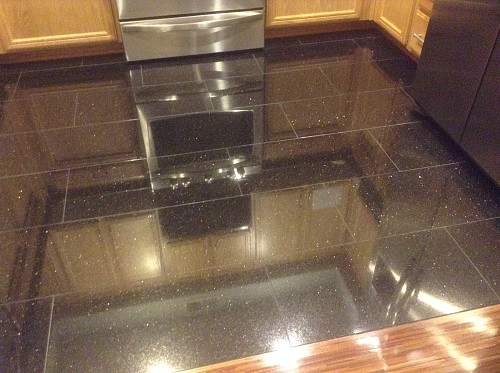 Awesome Flooring Replacement After The Wood Literally Rotted Away by Barbara C.

Find A Handyman Who Responds Fast And Knows His Stuff by Chris C.

Exterior House Painting by a Contractor with Feet like a Fly by Glenna L.