My tile contractor has a degree in Art … and it shows 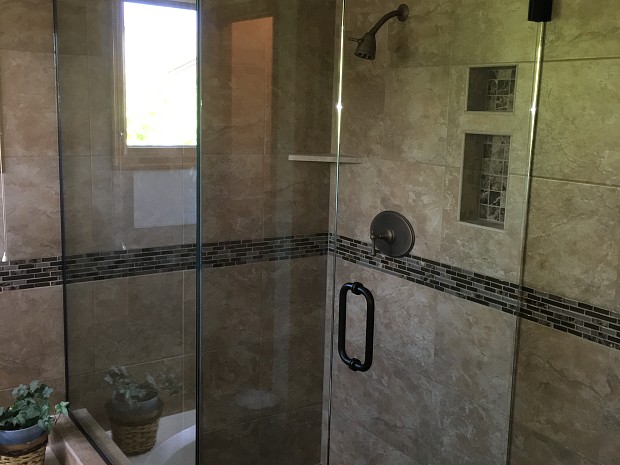 My house was a 1990s build. About 2 years ago we decided to start doing some upgrades on the house, so I completely gutted it … and it stayed completely gutted for 2 years! I kind of dove into it and lost interest. And since my girlfriend’s family is coming out for the summer, we got to the point where we figured we just needed to get this thing done, so we started shopping contractors.

When we went down and purchased our tile, the tile supply place gave some referrals that we interviewed. One of the interviewees was part of an online contractor referral service so I went there. Four contractors responded to the questionnaire I filled out and that’s how we found the guy we did.

We were looking at price and reviews, as well as actually talking with them about how they do it, and frankly this guy just hit me right. I’m not a fan of having a stranger in my house without me being there and that is what this job was going to entail. When I met Carlos, we talked and I made a character judgement -- and came out a winner.

I did all the plumbing. He put down all the underlayment, he poured me a shower pan, and he set all the tile, both around the tub and the shower and all the flooring. We did kind of a wainscot in the commode room where he brought the tile up from the floor to just below the light switch. 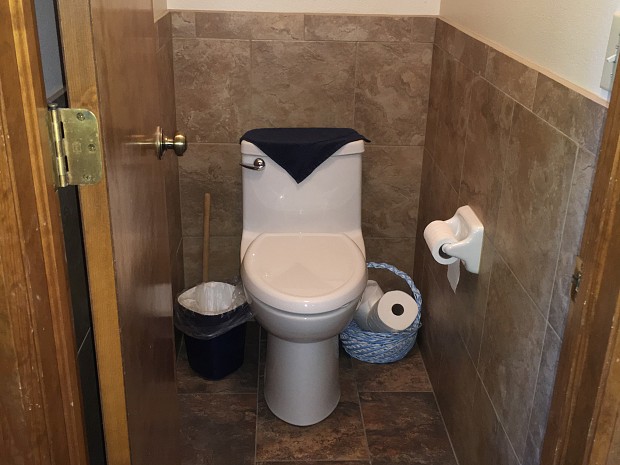 The project took about 6 ½ days and he was the sole guy setting tiles, though he had a helper for a couple of days. He worked steadily from about 7 to 5 and he did come in that last Saturday for half a day, just to wrap things up. He was there when he said he was going to be there and if he wasn’t, he let me know, but he didn’t leave my job to go work on somebody else’s at the same time. Instead, he stayed on my job till he got done, then he went to the next one.

The guy’s got a degree in art. I’ve set tile; in fact, my original plan was to do this myself, but I’m getting old, my knee’s worn out, and we just decided to throw money at the job. But watching his work, his attention to detail was phenomenal.

Little niches in the tile that he had cut around where my cabinet comes up against the tub – rather than put an extra caulk line in there, he trimmed the tile around it. Rather than just grouting around it to bring the tile together, he trimmed the tiles so it’s a beautiful fit. I don’t usually rave about people, but he was more than what he presented himself to be. 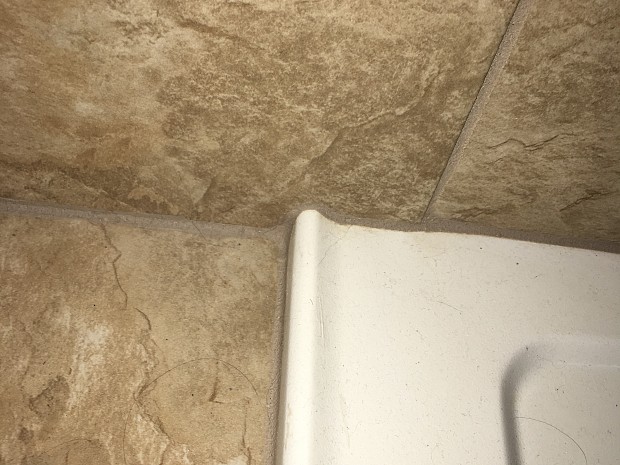 I have never seen anybody set tile with that kind of detail. He plumbed up my walls a lot better than what they had been before. When I had the shower glass installed (I enlarged my shower), everyone that I had come in to give me measurements said my walls were within a 1/8 of an inch. That was his doing, that was not what he had to work with originally.

He did a beautiful job. My shower butts up to the end of the tub and I had saved a piece of my granite countertop to put as a platform between the shower and the tub, with the glass coming right down on top of it. Well, my measurements were from the original piece that was in there and it turned out they weren’t sufficient for that application. He suggested that we put the granite piece on the curb of the shower pan, which was outstanding! It was perfect for that. He built a little soap dish for us and he angled all of these pieces to go towards the shower so that they wouldn’t hold water. That’s something I never would have thought of doing.

I couldn’t be happier with the product that he put out for us. 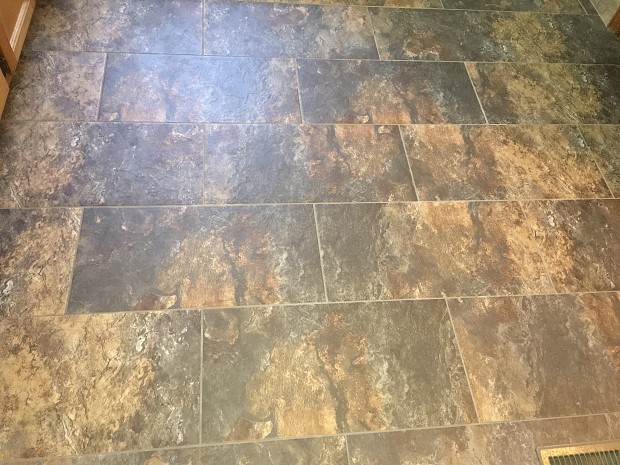 His price wasn’t the highest, and wasn’t the lowest. I think it was fair. I didn’t have to sign a contract. When I asked him about that, he made a remark to me, “Well, as we were talking, you were sizing me up and I was doing the same. I’ve only been ripped off twice in 19 years I’ve been doing this.” So it was kind of a mutual gut check type thing.

He’s going to do all my tile setting from now on. I asked him for a stack of his business cards too, because I’ve got a lot of associates that are looking for work like that. I’ve been handing his cards out left and right

I’m one of these hesitant people when it comes to doing these things because I’m not a contractor and I’ve got to trust somebody but I’m not a real trusting person. But this guy went miles in rejuvenating my trust in humanity. He did what he said he would do in the time he said he would do it and he did an outstanding job.

If you’re thinking of hiring a contractor, my advice is to get a lot of different bids. And I’d ask what their technique is. (One guy wanted to use a slide cutter, which I’m not a fan of.) Take a look at their reviews, and ask for references, not just online on their websites. I’d want to talk to people. I’d want to find out what their experience with this particular contractor was. I interviewed 7 contractors altogether and talking with previous customers gave me the best opportunity to get an idea of who I’m dealing with. 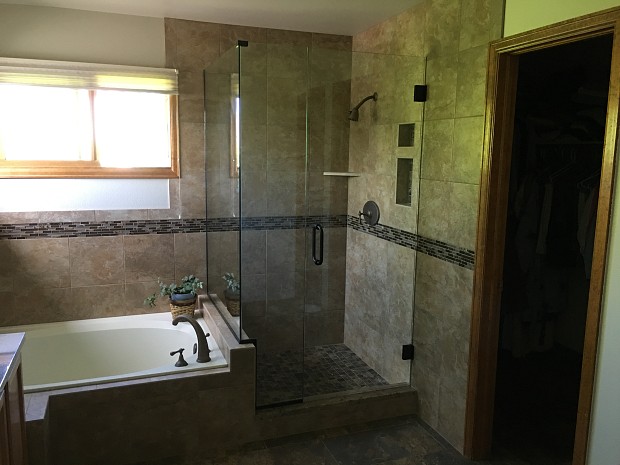 
Contractors in Your Local Area
It's Easy, Fast and Free!
Find Trusted Pros
Tile Image Expressions, Ltd. John Willoughby: Carlos did a absolutely beautiful remodel of our bathroom. His skill and ...

A Tile Contractor Ready To Tackle The Whole Job – And Do It Right by Carl D.

Shingle Replacement Stops My Roof Leak Before A Severe Rainstorm by Joseph M.

Interior Painting and Repairs Restore the Home I Bought at Auction by Margaret C.