You Can Build a House Out of Cardboard?! 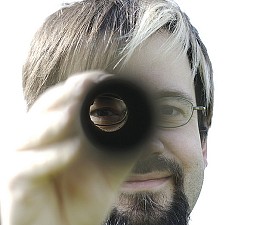 We took a look at some cool uses for cardboard recently, but this may actually take the cake. Architect Shigeru Ban built an entire house out of cardboard tubes, putting new meaning to the idea of recycling cardboard. The house, situated on Yakushima Island in Japan, has a rather remarkable story behind it, but first, let's all take a moment to marvel at the idea of cardboard construction in an area where rain, high winds, and other weather issues would seem to argue against using such a frail building material.

Ban's structure is built in the style of traditional mountain lodges, small huts that provide shelter from the elements when the weather kicks up. His architecture team used the footprint of a previous structure that needed to be demolished so they wouldn't disturb the surrounding heritage site, ensuring that the hut is both highly ecologically friendly and rather unusual to look at.

It's made from cardboard tubes interleaved with clear tubing to provide plenty of clear natural light. If tubes become damaged, they can easily be replaced without disturbing the rest of the structure. The two-story structure has a steep roof to provide plenty of drainage for rain (an issue with Portland roofing, for example), and there's even a balcony for enjoying stunning views of the site when the weather is fair.

This innovative architectural project blends tradition, ecological friendliness, and sensitivity to an existing site. It might be difficult to imagine building an entire structure from cardboard (and to be fair, it has some structural support elements made from other materials), but Ban's hut is, undeniably, a cardboard house!

Ban's work on interesting architecture doesn't begin (or end) here. He's been involved with huge-scale, high-cost projects, but he's also done things like creating rapid modular shelters for displaced earthquake victims. The breadth and depth of his work showcases both a deep love for architecture and a commitment to thinking outside the box when it comes to materials, styles, and what people might need, whether they're visiting a stunning museum or desperately seeking a roof over their heads in the wake of a natural disaster.

You might want to check your local building code to see whether you can create a project at this level of ambition; one issue with using innovative materials is that the building code often lags behind, making it challenging to explore radical new trends in architecture. Contractors may also be unfamiliar, in which case you'll have to establish a close relationship with yours to create the project you're envisioning. At the very least, you might be able to experiment with a shed or outbuilding completed in this style with cardboard as a base material, to learn more about how to use it effectively.