Why You Don't Need Solar Panels 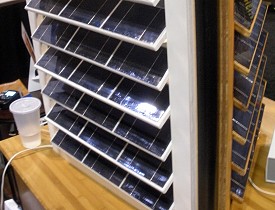 When people learn that I am a green building consultant, almost without exception, they ask me if I do a lot of work with solar power, which I don’t.  I don’t install many solar power systems, either photovoltaic (the kind that creates electricity) or thermal (the kind that creates hot water).  I have been accused of being anti-solar because I often discourage people from focusing on PV on their homes, at least until they have done everything else to save energy, which they rarely bother to do.

PV makes a lot of sense in underdeveloped countries where there are unreliable or non-existent electrical power grids or for the rare person in a developed country who wants to live completely off the grid.  In both cases, the key to taking advantage of solar power is to not use much energy in the first place.   This also applies to anyone who wants to put panels on their home out of a desire to be “green.”

Reducing your need for electricity requires living in a small, extremely efficient home, reducing or disconnecting as many appliances and electronics as possible, using efficient lighting and equipment, and changing behavior to use less power.

Here's what you'll have to do to reduce your power use enough to benefit from solar panels:

Down-size your house: The average American home is about 2700 square feet, about twice what it was in the 1950’s.  Bigger homes use more power to light, heat, and cool, so smaller is better when it comes to energy use.

Next comes the efficiency of the building itself:  Simple things (OK, it's not so simple if your house has already been built, but it's simple if you're building a new house) like orienting the house to take advantage of the sun to heat it when needed and avoid heating it when not needed saves energy.  In most homes, air sealing, insulation, sealing HVAC ducts (call a qualified HVAC contractor to do it), and other home performance improvements will save more energy than most solar systems will produce, and at a lower cost.  Using windows to provide natural light also cuts down on the amount of electric lighting required.

Unplug your devices: In the 21st century, we have more electrical equipment in our houses than ever before, much of which is left on when not used, and even when turned off, still draws power to operate.  Look around your house – all those digital displays, phone chargers, and TVs are drawing power even when their switches are “off.”

Finally, and probably most important, is the behavior of the occupants:  No matter how small or efficient your house is, if you leave lights and electronics on, turn the heat up higher or air conditioning lower than you need it to be comfortable, and don’t turn them off and open windows when the weather is nice, then you are wasting a lot of energy that all the solar panels you can fit on your roof won’t replace.

So before you spend your hard earned money on solar panels, fix your house, unplug your electronic devices, turn things off, open the windows, air seal, and then insulate.  You’ll be more comfortable and save more money than you could with lots of fancy solar panels decorating your roof.