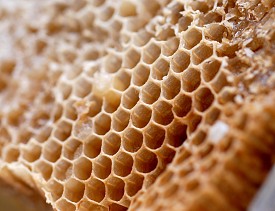 During the first season, rookie beekeepers can expect to struggle with their colonies. Honey production may be minimal, and the bees might need additional food to make it through the winter. More experienced beekeepers may also face a variety of problems producing honey.

Beekeeping is a complex and intricate pursuit with many variables. Here are a few potential reasons for a drop in honey production. For more specific and local help with your bees and their honey, we recommend joining and consulting a beekeeping organization.

Bees that live in a given climate are well-adapted for making honey in that climate. But weather patterns seem to be growing more extreme, erratic and unpredictable in many areas, creating problems for bees and the plants they pollinate.

Too much spring rain can keep the bees from venturing out of their winter hives. On the other hand, not enough rain will limit flower growth. Likewise, severe heat and cold are also dangerous for bees.

Be aware of extreme temperatures and precipitation, and be prepared to provide supplemental food and support to help the bees adjust.

Bears, skunks and other predators are attracted to the honey in a hive, and they may destroy hives or stress the bees with threats and attacks, lowering productivity.

Some experts warn that once a predator finds a hive, there may be no effective way to keep it away, and you may be obliged to move the hive.

Other pests are less obvious. Mites and other invasive insects can infiltrate hives and kill off bees. Essential oils and other mild chemicals can target destructive mites.

On the other hand, bees are sensitive to pesticides. There are pesticides for some mites and other pests, but obvious care must be taken with pesticides around bee colonies.

Try to avoid pesticides during blooming periods, as bees tend to visit blossoms. If necessary, apply pesticides when the air is calm and bee activity is minimal, such as in the evening or early night hours.

Some of the lack of productivity among rural French bees can be traced to monoculture crops and pesticide use in many farming areas. A successful bee colony needs a wide variety of the right plants for making honey, which may vary by region. Consult a local beekeepers’ group for recommendations.

Keep in mind that some popular flowers have been cultivated for showy, bright color with little pollen or nectar. While these look lovely in your garden, they will not do much for your bees.

Don’t worry about getting rid of weeds, especially flowering varieties. Dandelions may mar your perfect lawn, but bees love them.

It is also important to stimulate production and harvest honey in ways that ensure peak colony strength at the same time as your main flowers are starting to bloom and produce nectar.

Bees naturally tend to wait until the nectar is in full flow before increasing their population, but this only produces enough honey for the hive, not a surplus for human consumption.

There may seem to be an abundant variety of the right plants blooming at the right time, but if every urban yard hosts a substantial bee colony, the bees will not all have enough plants to pollinate. The Guardian newspaper notes that London has seen an unprecedented rise in urban beekeeping in recent years, and some experts are beginning to worry whether the bees are exceeding sustainable levels.

The article states that researchers have yet to quantify the number of bees that an urban yard can support. Again, there are a number of complex variables that differ from place to place and month to month.

Turn off your cell phone

Finally, a lack of honey or a problem in the hive could be attributable to colony collapse disorder. The large-scale bee die-off was identified and defined in 2006, but has not been definitively diagnosed.

One theory links colony collapse disorder to pesticides and large-scale commercial beekeeping practices that move bees out of their natural habitats. However, other studies have connected the problem to electromagnetic waves, particularly from cell phones.

In one study released this year in India, researchers attached cell phones to bee hives and turned on the phones for two 15-minute periods each day. Three months later, the bees had stopped making honey and the hives had shrunk significantly.