Make Your Own Portable Greenhouse! 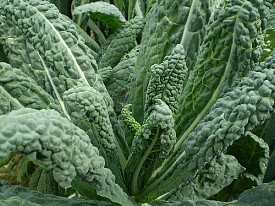 As the cold weather settles in, many gardeners are forced to admit that it's time to give up on some crops and watch much of the garden lie fallow over the season, unless they have greenhouses or are willing to wrestle with cold frames. But what if there was a third option that bridged the happy medium between the two, creating a chance to extend the growing season, grow more food, and enjoy fresh produce even in the coldest part of the year? Meet the portable greenhouse, introduced to me by the creative folks at Mother Earth News.

Here's the problem with a fixed greenhouse: it requires a lot of work to maintain, and it's more susceptible to pests and other problems because the same soil is used over and over again. Especially in a damp climate, the greenhouse may require frequent pest treatments, organic and otherwise, and it can become a hassle. On the other hand, it extends the growing season and provides a warm space for growing, working, and getting starts going.

Cold frames offer more flexibility, but they're also much, much smaller, which means that they don't offer nearly as much in terms of harvest as a greenhouse. They're also limited because they don't provide as much protection, so some plants simply can't survive under a cold frame, even when it's well built by a carpenter familiar with the frostiest conditions.

The mobile greenhouse aims to marry the best traits of both (warmth, insulation, portability) while avoiding the problems. Because it's not left sitting on the same patch of soil for years, pests and other problems don't have a chance to build up, for example. And because it's larger than conventional cold frames, it insulates more crops and extends the growing season more significantly.

The design is effectively that of a giant bird cage covered in greenhouse plastic, made to be lightweight and easy to move. Designers teamed up to keep the cost and complexity level low enough for almost anyone to build it, although those who are worried about their DIY skills can always call in a handyman for help with the process. (Here's another how-to for those who want to see some variants on the basic design.)

For gardeners, the end result significantly expands the flexibility and functionality of the garden. Late-winter crops can be grown under a portable greenhouse for harvest even when they'd normally be struggling in the cold, which means dark leafy greens like kale will be available deep into the winter. As soon as it's warm enough for those crops to do well on their own, the greenhouse can be moved in order to protect new plants and get the garden producing earlier.

Portability allows the greenhouse to extend the growing season on both ends for spring and summer crops that need warmth to thrive, and it allows for fine-tuned control over garden conditions. Since transplanting things isn't always advisable or even an option, the greenhouse creates more opportunities. Instead of moving crops in and out of a greenhouse in a painstaking process, the mobile greenhouse moves instead! And once it's fixed in place, it's not going anywhere, even in high winds.

If you've been wanting to give your garden an extra boost this growing season...now might be your chance.