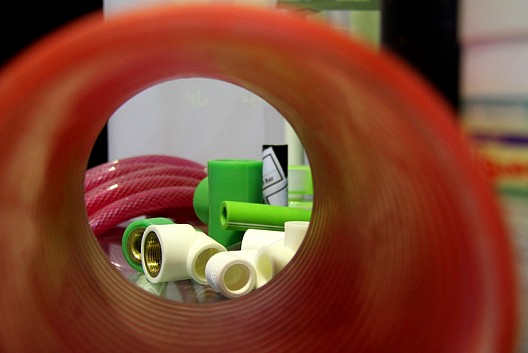 Are you planning to install or replace plumbing pipes in your home? You’ve probably heard that plastic pipes made of PEX or PVC are competing with copper in popularity, but what are they, exactly? And PEX vs PVC … which is best for your home?

Many household plumbing systems use PEX for pipes to supply hot and cold water. The term PEX stands for “crosslinked polyethylene.” PEX piping is manufactured by melting high-density polyethylene and extruding it in the form of a tube. This material was first introduced to the United States only 40 years ago, but it’s catching on fast.

A Word About Copper Pipes

Copper pipes are a longtime favorite for domestic plumbing, with the pluses of strength, ability to handle high temperatures, and suitability for outdoor use. A downside: copper plumbing pipes can develop pinhole leaks or corrosion buildup. Also, not all plumbers have the know-how or willingness to work with copper. The most disturbing problem is that science has linked ingestion of copper through drinking water or other sources to Alzheimer’s disease.