How to Fix a Noisy Bathroom Fan 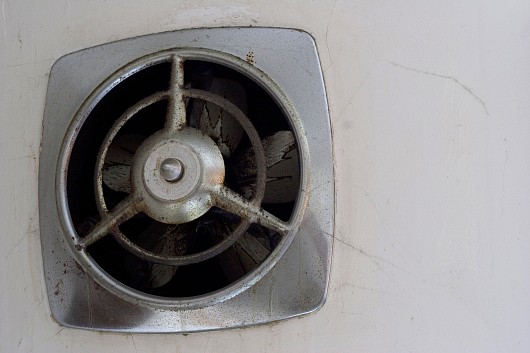 For his utter genius, the guy who invented the noisy bathroom exhaust fan should win the Nobel Prize. With one simple device, he solved two critical issues that had distressed bathroom users around the world for centuries. There's no denying it - for its ability to dispel distasteful odors and drown-out disagreeable sound-effects, the noisy bathroom fan has won the everlasting admiration of anyone with an upset stomach who finds themselves using the ground-floor bathroom as the quiet dinner party they're attending carries on in the next room.

And yet, despite the logic that in certain scenarios people may benefit from the added privacy noisy bathroom fans provide, a bathroom exhaust fan isn't supposed to be that noisy. (The noise level may have to do with the quality of the fan. More on that later.) In general, there simply isn't much of a demand for a device that muffles bathroom music - dinner parties are infrequent events for most of us - and people usually find noisy bathroom fans annoying. But besides being irritating, the noisiness is an indication that the fan isn't working properly.

Does it really matter that your bathroom exhaust fan isn't working properly?

Okay, so it matters that your bathroom fan isn't working properly. What now? There's no need to call a pro just yet - compared to most gadgets, bathroom fans are relatively straightforward and you should be able to get it working again on your own. Here are some tips you can try:

The noise may not be caused by an issue with the fan's mechanism if it isn't a quality product. When it comes to bathroom exhaust fans, it's worth spending more. As a general rule, the cheaper the fan, the louder it will be. Not only will the fan make a lot of noise, it won't be able to do a thorough job of ventilating the bathroom either.  So, if you've got a cheap bathroom fan, consider replacing it. See this informative piece about choosing the best fan for your bathroom.

Another common cause for a noisy bathroom fan is dirt buildup. As time goes by, all sorts of muck collects on the vent, blades, and motor. The dirtier the fan, the louder and less effective the fan. Ideally, you should clean the fan every few months to keep it operating at peak performance. Don't use a can of compressed air. Here's how you should clean a particularly dirty fan:

After you've cleaned the fan well, turn it on and see if it's quieter. Hopefully, the issue was just a matter of your fan being dirty. If the fan is still loud, the motor might be going. In that case, you're gonna need to replace the motor...but you might just prefer to replace the whole fan at that point, as it will end up costing you the same as replacing the motor would. If you end up replacing the fan, remember: the cheaper the fan, the louder and less effective it will be.

Oh, and one more thing...if you're hosting a dinner party anytime soon, wait until afterwards to clean/replace the fan. Your guests will appreciate it.