Is Your Air Cleaner Making Your Air Quality Worse? 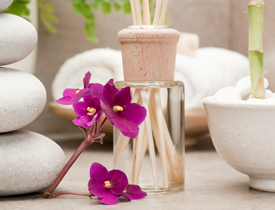 Ozone can be good or bad ... depending on where it is. The good ozone exists 10-30 miles above the earth and protects us from harmful ultraviolet rays from the sun. Bad ozone occurs at ground level and is produced in numerous ways, including auto exhaust, solvents, natural sources and unfortunately, air cleaners. Ozone is the main constituent of smog.

While it is true that air cleaners that use ozone are capable of removing odors as unpleasant as skunk, you may be putting your lungs at risk. Breathing ozone can cause coughing, allergies, and asthma attacks, and it generally irritates the throat and lungs.

A Scientist Speaks Out

Dr. Christine Rogers, professor at the University of Massachusetts Amherst, is a specialist in indoor and outdoor pollution. “Ozone is not a good thing for human lungs,” cautions Rogers. “And there is nothing magic about those public health levels you hear about."

Rogers explains that the amount of ozone you might be exposed from using air cleaners -- also referred to as energized or activated oxygen cleaners or pure air devices -- varies depending on what setting is used, the size of the room, and “how leaky your house is – how much air is coming in to dilute the ozone.”

Ozone is formed as a chemical reaction between three oxygen atoms and either oxides of nitrogen or volatile organic compounds (VOCs) in the presence of sunlight. While that sounds complicated, it’s important to know if you have an ozone-producing air cleaner. For example, when your  air cleaner is set to low in a very large, well-ventilated room, you may not be affected much by the ozone. However, according to Environmental Protection Agency studies, add a new carpet to the same room, or use paint or solvent with a large amount of VOCs, and the reaction will produce a much higher level of ozone.

Ozone also reacts to limonene – a chemical which is used in many cleaning products. Naturally, it follows that if you have your air cleaner on a high setting in a small room, you are far more likely to experience ill effects.

“The damage to lung tissue from ozone makes it look like Swiss cheese,” warns Rogers.

North Carolina’s Public Health Epidemiology Center has published information stating that the people most likely to be harmed by ozone are children, those who already have respiratory ailments and some who simply are sensitive to ozone.

Indoor ozone can also be affected by the amount of outdoor ozone present. The Epidemiology Center reports that indoor ozone levels can vary from 10 to 80 percent of the outdoor levels. Adding additional levels of indoor ozone via air cleaners compounds the problem. The report states that “electrostatic air cleaners are one of the main culprits of indoor ozone.” Photocopiers and laser printers also add to the ozone problem.

In addition, the report goes on to say, “The North Carolina Health Director has issued several warnings alerting consumers that certain types of indoor air cleaners can generate potentially harmful concentrations of ozone.” It concludes, “Controlled studies have shown that ozone concentrations from some of these devices can exceed accepted public health standards.”

Air Cleaners in the Workplace

Group office spaces, sometimes humorously referred to as “cube farms,” often have poor ventilation and are places where air cleaners are commonly used.

In 2003, the Massachusetts Department of Public Health was called in to investigate the air quality of the Leominster Department of Social Services. The report that followed notes several ozone-producing air purifiers “stationed on shelves throughout the building.” The report goes on to say, “At this time, no federal government agency has approved the efficacy of ozone as an indoor air cleaner for use in occupied spaces.”

The Environmental Protection Agency states that even when the manufacturer’s operating instructions are abided by, air cleaners often produce high concentrations of ozone. It is also important to note that ozone does not remove particles and dust from the air.

Better Than an Air Cleaner

Rogers advocates dealing with indoor air problems by first trying to resolve the problem's source. A really simple example is to clean your bathroom, and especially the toilet, more often – and open a window. If you live in a humid environment which has mold problems, remediate the mold. Better indoor air quality tends to come with a fair amount of elbow grease!

However, if you still have troublesome odors at home or in the workplace, Rogers suggests “any kind of filtration device that uses HEPA filters.” Rogers also recommends using low-VOC products whenever possible, regardless of whether you have an ozone-producing air cleaner or not.

The EPA concurs with Rogers, noting the best way to reduce indoor air pollution is by eliminating the source, ensuring good ventilation and using filtration systems.

Hire a qualified HVAC contractor to help with your home ventilation needs.