Is borax really as green as it seems? 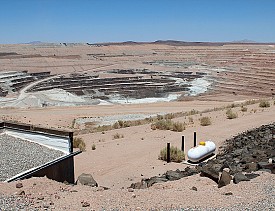 The Internet is rife with homemade “green” cleaning recipes that seek to minimize toxic chemical exposure while saving money and maximizing environmental stewardship. Which is awesome.

However, many of these recipes include the ingredient borax, that until recently has been touted as an all-natural and eco-friendly cleanser. Borax is most often used to fight grease (like in dishwasher detergent) and as a “natural” laundry booster (which is how it’s marketed – you’ll find it in the laundry aisle). I even have a very popular borax-containing laundry detergent recipe on my own blog.

But in their Guide To Healthy Cleaning, the Environmental Working Group (EWG) gave Borax a grade of F – “Highest Concern.” And over on Enviroblog, a leading scientist for EWG cautioned people not to use borax-containing cleansers or cosmetics. Obviously, this came as a surprise to many of us in the natural-living community, and there’s generally been a lot of confusion ever since.

Unfortunately, the truth is that there’s still a lot of missing research, and a lot we simply don’t know about how borax affects human beings. Here’s what we do know:

Borax is, in fact, a naturally occurring mineral. It is one of the salts of boric acid, a boron-containing compound, and can also be found under the name sodium tetraborate.

Well, it’s important to remember that the borax used to clean your home (and in some cosmetics) is not boric acid. They are similar, and similarly derived, but they are not chemically identical. Most of the studies referenced by the EWG and other agencies were performed using boric acid, not borax. Just something to keep in mind.

The FDA has banned borax as a food additive.

According to the EPA, boric acid/sodium borate salts are irritating to the skin and eyes and can cause acute toxicity when inhaled or eaten. The symptoms often include nausea, vomiting, skin rash, and respiratory distress.

The Borax Safety Data Sheet states that borax does not bioaccumulate in the body or biomagnify through the food chain. However, studies show that chronic exposure is associated with increased toxicity and more severe damage.

Most of the studies cited in the literature were performed on rats or other mammals, which makes it inappropriate to draw conclusions regarding human risk. It is believed that boric acid and its salts target the reproductive systems and can cause hormone disruption, especially in males. Men working in boric acid-producing factories have increased risk of low sperm count and low libido.

Boron is an open-pit mined mineral. The process of open-pit mining involves drilling, excavation via explosives, heavy transport, and refining for purification. It’s destructive, and fueled by petrochemicals. It’s not pretty.

However, it should be noted that 20 Mule Team Borax, the most widely available commercial product, is extracted in California at a mine that has been lauded for its environmental standards. It is considered to be one of the cleanest running mines in the world.

America’s Environmental Protection Agency is still mostly neutral on it’s safety, but the European Union has flagged it as a “Substance Of Very High Concern” and  Europe’s International Chemical Secretariat places borax on its SIN list of hazardous chemicals.

Upon reviewing all of this information, it seems that there is still some question as to the safety of borax itself (as opposed to boric acid) and it’s impact on human health. Therefore, the decision of whether or not to use borax in your homemade cleaning products will have to be a personal one.