If It's Yellow Let It Mellow: The Great Debate 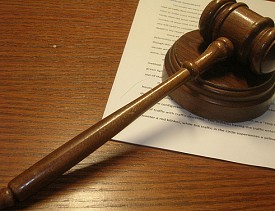 The topic of letting urine sit in the toilet until a number two comes along (known widely by the euphonic expression, “If it's yellow let it mellow, if it's brown flush it down...”) can cause quite an emotional reaction in people. Especially when this approach is applied in a household with disagreeable family members or guests. Many would say the very thought is disgusting.

Some people, upon seeing something distasteful in the toilet bowl before they use it, will actually preflush before they evacuate their own waste into the bowl, presumably because they want their own waste to have a full bowl of clean water all to itself.

I realize that this is one of those topics where it's near impossible to convert anyone, in which case I'm preaching to the choir. Well, so be it, because it needs to be said.

The Water We Waste

What is truly disgusting is how our current human waste disposal system works in the United States. We take about 1.6 gallons of good drinking water to flush 10 ounces of urine down the toilet. In doing so, we make those 1.6 gallons undrinkable.

Next, the water must be routed to a wastewater cleaning facility where it is processed, usually with heavy chemicals like chlorine, then processed once more to remove the chemicals that were used to decontaminate it. Then it is dumped into the rivers and oceans. In other words, we take perfectly good drinking water, make it toxic and then doubly toxic, clean it and then dump it into the environment.

But there are much simpler courses of action, which brings us back to “If it's yellow, let it mellow.” This technique is so simple and yet effective at conserving water. The average person urinates about 6 times per day, equal to 7.6 gallons flushed. That's about 2,774 gallons per year to dispose of about 171 gallons of urine. On the other hand, the average person defecates about once per day. If that was the only occasion on which a person flushed, that equals about 584 gallons flushed, saving 2,190 gallons of drinking water. In a household of four, that would be 8,760 gallons saved per year.

What Are the Downsides?

There is the irrational aversion many people have to looking at urine. Then there is the more serious concern about toilet bowl cleanliness. True, “letting it mellow” increases the rate at which a toilet bowl becomes scummy. However, in many households, the toilets are brushed at least once a week (hopefully) anyway, and so there is no chance for significant scum to build up.

What Else Can I Do With My Urine?

If you are truly dedicated to conserving H2O, consult a licensed plumber about installing waterless toilets, which will save water but can be expensive. If you really want to get creative, urine is filled with nitrogen and can make an excellent garden supplement. It is also supposedly effective at repelling deer from private farms and gardens.